I Was Asked To Pay £5,000 To Play For Nigeria – Sarki Reveals Why He Chose Haiti

Former Nigeria youth international Emmanuel Sarki has revealed why he left the country to play for Haiti. 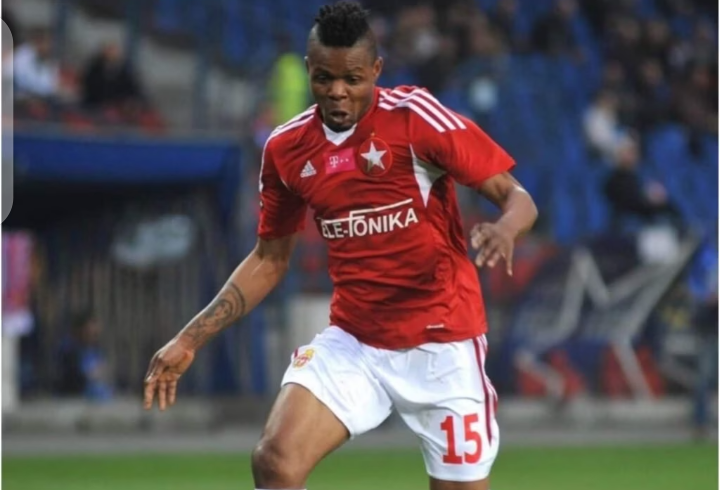 Sarki shone for the youth teams, including the Golden Eaglets, Flying Eagles, and U-23s.

The Kaduna-born winger appeared destined for the Super Eagles, but he was called up to the Haitian national team in 2014.

This came eight years after his last call-up to the Nigerian U-23 side.

Sarki has now claimed that when he was asked to pay to play for Nigeria, he dropped the idea.

The forward jumped at the chance to play for the Grenadiers after learning that he was eligible through his maternal grandfather.

Sarki was often mentioned in the same breath as childhood friends Mikel Obi, Ezekiel Bala, and Chinedu Obasi – four of Nigerian football's most talked-about teenagers in the mid-2000s.

Sarki, Obi, and Bala signed with Norway's Lyn Oslo in 2004, and Obasi joined a year later, hoping to progress to sign with any of Europe's top clubs once they reach the age of 18.

Chelsea later signed Sarki and Mikel (after a drawn-out transfer battle with Manchester United and Lyn) but loaned the former to KVC Westerlo. Simultaneously, the latter went on to have a remarkable career with the Blues.

After a drawn-out transfer battle with Manchester United and Lyn, Chelsea signed Sarki and Mikel but loaned the former to KVC Westerlo. At the same time, the latter went on to have a stellar career with the Blues.

Sarki started his career at Grays International FC before joining Lyn Oslo in 2004. He then went on trial with Chelsea and trained there for a few months. He joined Chelsea in early 2006, but was quickly loaned out to KVC Westerlo.

After his contract with Waasland-Beveren expired, he trialed with Wisa Kraków and later signed a two-year contract with them, with an option for a third year. In the 56th minute, he made his debut as a substitute against Polonia Warsaw.