Half Time: Manchester United Vs Chelsea. Check Out How The Game Has Been So Far

By [email protected]'s (self media writer) | 2 years ago 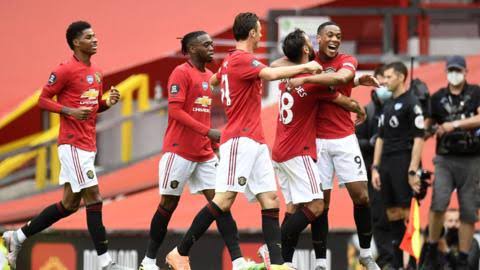 The started like any other, Manchester United were the favourite but they were on the back foot at first. They tried to play from the back but it didn't work out because Chelsea came up high to press them.

Personally, I thought Chelsea were favourite to win because they were in the front foot and in control of the game till the first half water break. They had two great attempts one from a sizzling shot from Reece James and the other feom Alonso aftee a great ceoss from Azpilicueta. After the water break Chelsea also had another shot on target from Mount but was comfortably saved by De Gea.

Manchester United came to life after the water break and started playing the way we have seen them play in recent weeks. They had more possession and were making good attacking runs. There was a stop to the game after Bailey and McGuire had a clash of heads. Manchester United then made a technical change, substituting Martial for Bailey. Bailey was taken off the pitch in a stretcher, the game was stop for almost 10 minutes when they were taking care of Bailey.

As soon as play resumed a pass was made to Martial and Chelsea's defenders were unable to clear. Martial made an attempt to get the ball but was caught under his leg by a Chelsea defender close to the box, but a free kick was not given.

Chelsea scored the first goal after a cross from Azpilicueta. The game is 1 goal to nill now.

Personally, I think Chelsea are in a better position ro win the game.

Content created and supplied by: [email protected]'s (via Opera News )