By Football-Stats (self media writer) | 6 months ago 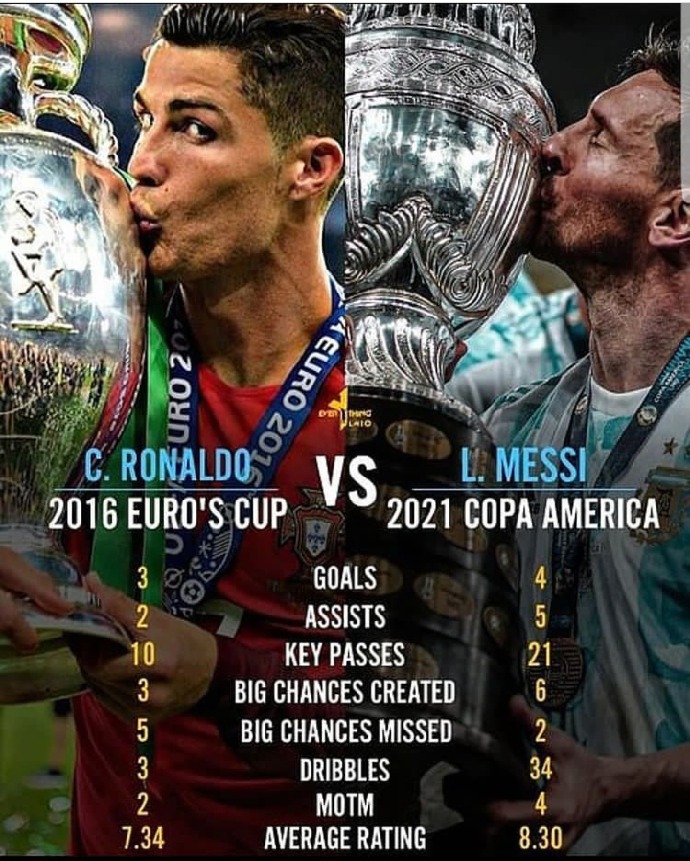 Cristiano Ronaldo won his first international title in Euro 2016 tournament, making him one of the best footballers in the world. Five years later, Lionel Messi won his first international title with Argentina, He is now the favourite to win ballon d'or award this year. Lionel messi have won every major trophy except the FIFA world cup, the argentine captain was the best player in the Copa America, he even scored two free-kicks in the tournament which took place last month. 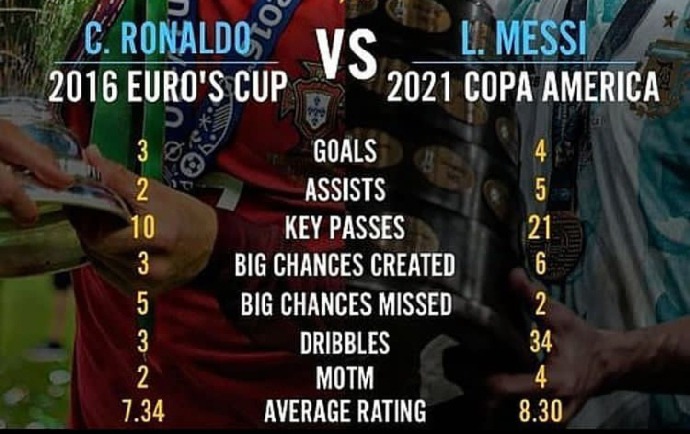 In the 2016 European championship, the Portuguese winger didn't participate in the final of the competition because of an injury. Cristiano Ronaldo scored three goals and provided two assists, the Portuguese winger also made ten key passes. He created three big chances and missed five big chances in the tournament. This statistics shows that Ronaldo could have scored more goal if he have converted most of his chances. He also completed three successful dribbles and was named man-of-the-match twice. This proves that Cristiano ronaldo was highly influential for the Portuguese team in the 2016 European championship. His average rating in the tournament was 7.34.

In the recently concluded Copa America tournament, Lionel Messi scored four goals and provided five assists. This proves that Messi is the best playmaker in the world. The Argentine winger also made twenty-one key passes, he created Six big chances and missed two big chances. This demonstrates that Messi did not squander his scoring opportunities. The Argentine captain completed 34 successful dribbles and was named man-of-the-match four times. This shows that Messi dominated every team he played against in the tournament. His average rating in the Copa America tournament was 8.30.