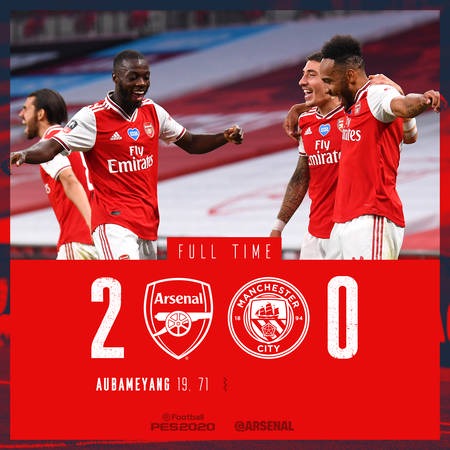 Arsenal today defeated Manchester City in the English Football Association,FA, and fans on Twitter went gaga with their comments.

This are some of their comments.

@markasley:Okay Arsenal you might have just beaten Man City but you will still get slapped by Man Utd or Chelsea, so pipe down. Btw you’re 10th in the league. Stop speaking like it’s still 2004! We also beat you 2-1.

@khamiabiodun:The difference between Spur and Arsenal is just too much. Have been watching Epl for more than 17 years, I have never seen Tottenham lifted any trophy. 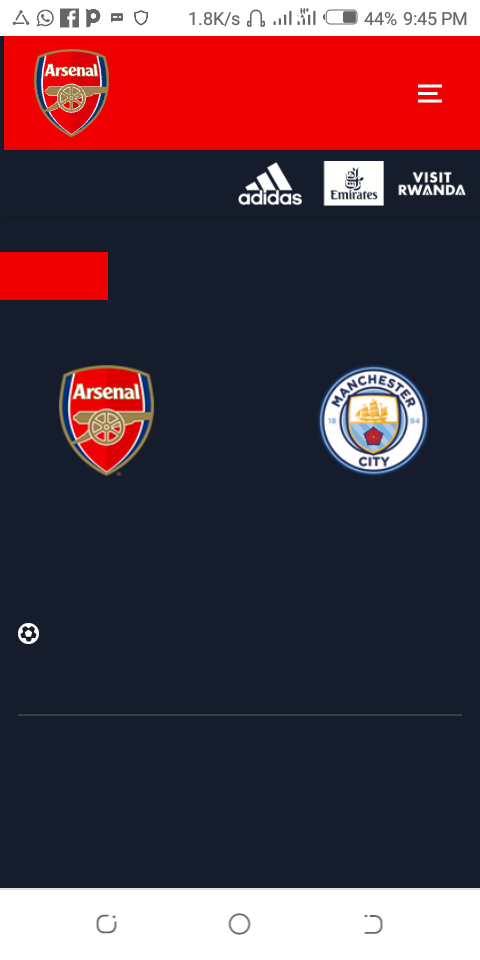 @nick1946440:Who beat you in this tournament? Oh yeah Norwich. I’m a man Utd fan but you talkin crazy so I’m back in up Arsenal cuz they earned their way here.

@henrywest:Such a dead team, park the bus and rely on counter attacks 🙄 very lucky against Liverpool and City.

@robzinterris:From a Manchester City fan... Well done boys. Good job from Arteta and his boys. Good luck in the finals.

We're the famous arsenal and we're going to Wembleyyy ❤️❤️❤️

@omfgsam:Look what Arteta has done to the two ‘best’ managers in the league looool.

@kgositile_01:Was about to check up on you bro😂

Your boy De Bruyne lost so many balls.

@Harisonramon;MY MANAGER WITH AN ABSOLUTE MASTERCLASS! HES BRINGING NUMBER 14 HOME AND THERES ABSOLUTELY NOTHING YOU CAN DO ABOUT IT! 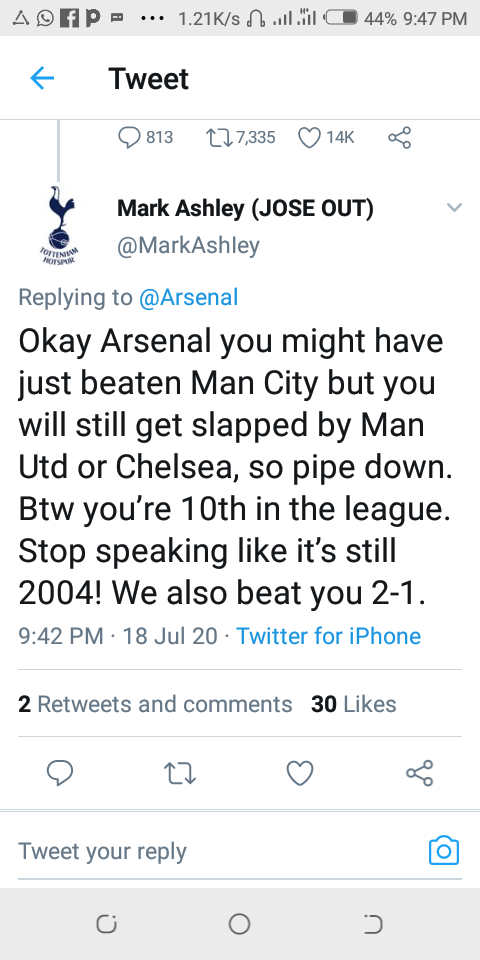 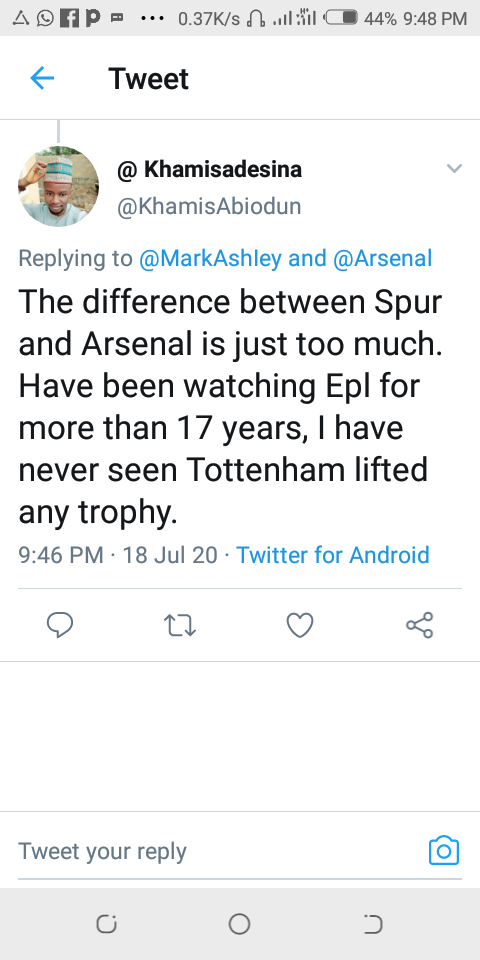