By Ahmadblogger (self meida writer) | 4 days

Didier Deschamps surprised everyone by including Karim Benzema in his Euro 2020 squad after a five-year absence, but with the Real Madrid forward likely to take on a leadership role within the club, the veteran has spoken about his football manual. 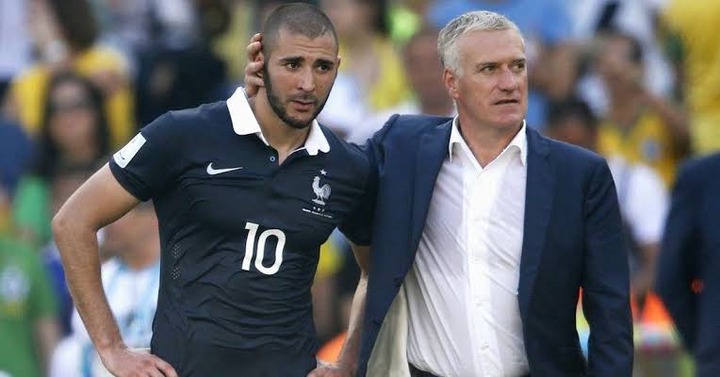 Benzema's Real Madrid career has been incredible, and it can be divided into two parts, the first of which was when he sacrificed himself to provide opportunities for Cristiano Ronaldo.

Benzema's performances frequently went unnoticed, and his relationship with fans was checked on many occasions, but the former Lyon star has flourished since Ronaldo's departure to Juventus.

He's evolved into his own player, bringing Los Blancos' attacking moves, and fans are finally seeing what they've been missing all along.

Despite the fact that Deschamps believed the goalscorer would never play for Les Bleus again, it is this degree of success that has motivated him to take note.

"When a game is over, I know if I did well or not," Benzema told L'Equipe. "Sometimes we don't talk much about movements, but I understand football has evolved into something else."

"Now, it doesn't matter if you were the worst player in the game when you score in the last minute; you're seen as the best."

"It's happened to me, but football isn't just about statistics; that's not good for me; if I score a goal but play poorly, I won't be satisfied."

Benzema gave a reflective answer when asked what he considers to be the definition of respect for the game.

"Knowing whether you need to play with one touch, shoot, or cross the ball," he added.

"You have to love football because it is all those stuff."

"You have to play with one touch to do beautiful stuff, like Zidane's passing or Ronaldo's scoring."

My Money Is Long, Let Me Spoil You - Says Bobrisky As He Promises To Buy Car For A Fan On His Birthday