Tribute to Sergio Aguero, one of English Premier League's greatest ever strikers

By Smartnesty (self media writer) | 1 year ago

On Tuesday, the 30th day of March 2021, Manchester city's record goal scorer Sergio Kun Aguero announced he will be leaving the club at the end of the season after 10 seasons at the club.

We take a look at the achievements of a great goal scorer in his 10 seasons at the Ethihad.

Aguero was signed in the summer of 2011 from Athletico Madrid by then manager Roberto Mancini for 36 million pounds. He joined in a window that saw the likes of Gael Clichy, Owen Hargreaves, Samir Nasri, Stefan Savic and Costel Pantilimon join the club. He went on to score 30 goals in 48 apps in all competitions.

Of the 30 goals scored, 23 came from the EPL in a season that saw city pip the then defending champions Manchester United to the title on goal difference. In what could be described as the fiercest ever title races in the league's history. The league was won on the last day of the season courtesy of a Sergio Aguero stoppage time strike against Queen's Park Rangers, a goal that helped city clinch their first league title in 44 years, and has been described by many as the greatest in the club's history.

He hasn't taken his foot off the pedal since then, going on to score another 227 goals ( after scoring 30 in his first season ) in 336 appearances.

It is worthy of note that the Argentine has reached double figures for goals scored in nine of his ten seasons, with the current season being the only one where he is yet to reach double figures, due to series of injuries which have restricted him to just 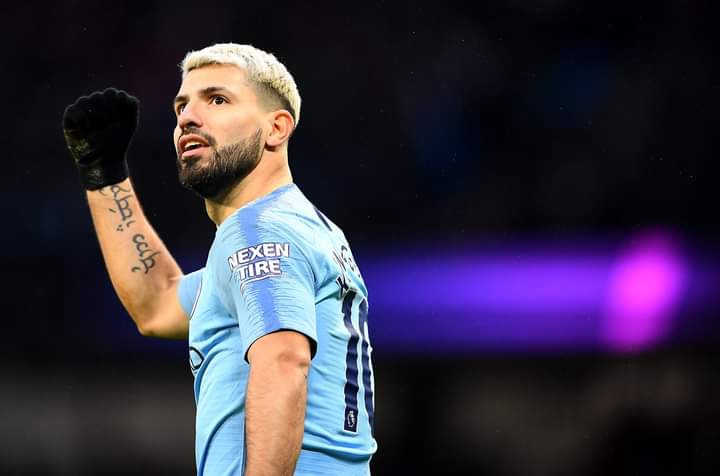 14 appearances in all competitions. He's scored three goals this season with only one in the leauge in 8 apps.

Aguero will unarguably go down as one of the greatest strikers to ply his trade in the EPL. He's scored a mouth watering 181 goals in 271 apps in the process becoming the highest goal scoring foreigner in the league, and the fourth highest goal scorer in EPL history only behind Alan Shearer ( 260 goals ), Wayne Rooney ( 208 goals ) and Andrew Cole ( 187 goals ).

He has the best minute to goal ratio finding the net once in every 108 minutes. He has also won 4 premier league titles with a fifth title all but clinched. He also won the golden boot in the 2014/2015 season where he scored 26 goals in 33 apps. He's also scored 12 premier league hat tricks (the most by any player) and is one of the five players to have scored 5 goals in a single match in the premier league, a feat which he achieved in the 6-1 thrashing of Newcastle United in October 2015.

With 257 goals ( and counting ) in 384 games, He leaves the club as the all time top scorer, winning 10 trophies ( 5 league cups, 4 EPL tittles, and 1 Fa cup ) in the process with city still in a hunt for a famous quadruple, a haul that will see his list of trophies won jump to 14 if achieved.

He will be solely missed by the citizens. Little wonder Chairman Khaldoon Almubarak, promised to erect a statue of him ( Aguero ) standing alongside those of former teammates, Vincent Kompany and David Silva outside the Ethihad.