Real Madrid are Champions of Spain for the 34th Time, While Rusty Barcelona Shamefully Concede Defeat to a 10 Man Osasuna.

The 2019/2020 season of the Spanish Laliga yesterday (16th July, 2020) witnessed the crowning of Real Madrid CF for the 34th time after their 2-1 victory over Vilarreal. The crowning victory of Real Madrid no doubt proves their dominance in the Spanish Laliga. Goals from Karim Benzema and Marcos Asensio were enough to seal their victory; even though hard fighting Vilarreal were able put up a good fight for which they got a goal scored by Vicente Iborra, it still was not enough to stop the indomitable Real Madrid. 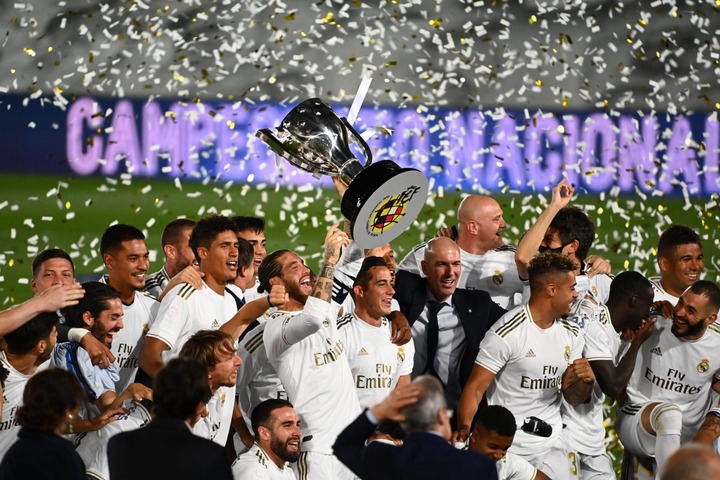 In the same night, Barcelona CF continued their lackadaisical run in the race (which they have eventually lost) as they conceded 1-2 defeat to a 10 man Osasuna. The Camp Nou visitors opened the scoring sheet with a goal from Jose Arnaiz in the 15th minute, which was later cancelled by Lionel Messi’s 62nd minute goal. In the 77th minute Enric Gallego was sent off for elbowing Clement Lenglent in the face, but that was not enough to stop the prolific Osasuna side from victory as Roberto Torres got the late winning goal in the 94th minute. Barcelona’s defeat to Osasuna no doubt proves the need for the Management Board of FC Barcelona to cash in on more prolific players, particularly in the defence line which has become a major loophole in the team. 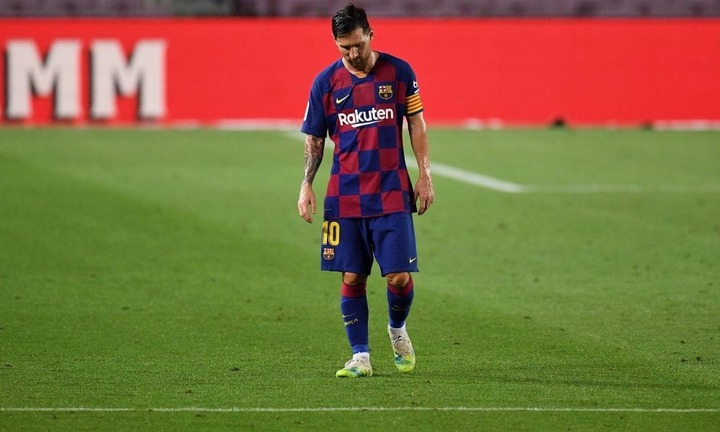 However, while Real Madrid have already added to their cupboard 2 trophies in this season (Spanish Super Cup and the Laliga Santander), FC Barcelona are yet to actualize a target. Although, both teams have qualified for the round of 16 of the UEFA Champions League but should Barcelona continue with the current lackadaisical form they may not make it any further. It therefore beholds on the players and managers of the team to adopt pragmatic technique, else Barcelona may just go a season without a trophy.

Congratulations to the Spanish Champions of 2019/2020 Content created and supplied by: Gado88 (via Opera News )