5 of The Worst Refereeing Decisions in The History of Football

Referees have one of the most difficult tasks in international football, as each of their rulings can have a significant impact on the outcome of the game, and even the season. Every referee has to make difficult judgments and will be chastised by players, managers, and spectators at some point. Good referees are ones who can take criticism and, most of the time, make the proper choice. Below are some of the worst refereeing decisons in the history of football 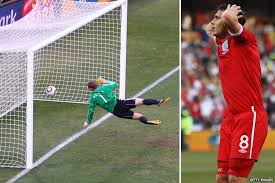 We all know Frank Lampard's memorable ghost goal In the 2010 World Cup, Jorge Larrionda officiated the match between England and Germany. On June 27, 2010, England faced Germany in the 2010 World Cup knockout stage in Bloemfontein. Frank Lampard shot the ball in the 38th minute of the match, 53 seconds after Matthew Upson's goal for England. The ball hit the underside of the crossbar, but due to backspin, it returned to the field of play. To everyone's surprise, the ball did not hit the net, but neither the referee nor his side assistant were in the proper position to award the goal. England would have drawn level at 2–2 if the goal had been awarded by the referee. Germany. 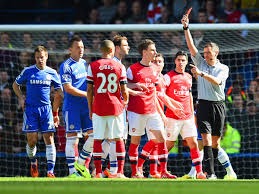 On March 22, 2014, Chelsea was already up 2-0 against Arsenal in a match between the two sides when Alex Oxlade-Chamberlain saved Eden Hazard's strike with his hand, resulting in a penalty for the Gunners. Despite Oxlade-Chamberlain acknowledging his culpability, referee Andre Marriner issued a red card — but bizarrely, he gave it to Kieran Gibbs instead. Marriner stayed firm in his judgment, and Gibbs was forced to leave the game early after which he apologized to the player, Arsenal manager Arsene Wenger, and the Football Association (FA). The game was Wenger's 1000th as manager of the north London club, and it ended in a 6-0 loss to the Blues.

3. Victor Ikpeba of Nigeria's shootout goal was rejected in the final of the 2000 Africa Cup of Nations. 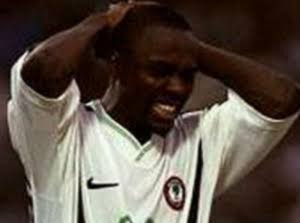 Nigeria was supposed to end a six-year hiatus in 2000, after winning their most recent AFCON trophy in 1994. They played brilliantly throughout the tournament, reaching the finals for the second time. However, they were denied glory due to a questionable ruling in the final penalty shoot-out on whether the ball had crossed the line after hitting the crossbar. In the shoot-out, Victor Ikpeba's penalty kick appeared to have gone in, but referee Mourad Daami disagreed, and his poor officiating cost the hosts the cup, as Cameroon won 4-3. Nigeria's next AFCON gold would come only thirteen years later, in 2013. 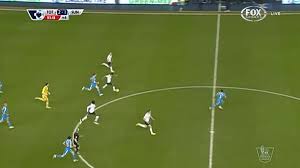 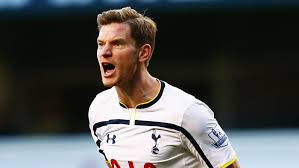 Sunderland were pursuing an equalizer late in the game at White Hart Lane. Costel Pantilimion, the goalkeeper, made his way up for a corner. Spurs took possession of the ball and raced away. When Jan Vertonghen received the ball, he was in his own half, and Sunderland's last player was another 20 yards closer to the goal. Vertonghen drove into the Sunderland half before slipping the ball past a defender and into an open goal. Vertonghen never got past the last Sunderland player. When the linesman raised his flag, the celebrations swiftly changed to pure bewilderment. Dermot Gallagher, a retired referee, told Sky Sports that the judgment was "indefensible." Fortunately for the officials, Spurs went on to win the game 2-1, so this blunder of a decision had no bearing on the final score. However, it is still high on the list of the worst referee and linesmen decisions ever. 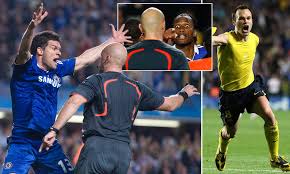 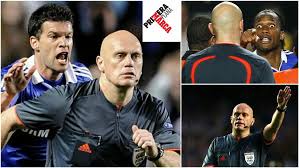 Our second-worst referee in football history is the legendary referee of the Chelsea-Barcelona match. Tom Hanning is a former arbiter from Norway who has worked in the UEFA Cup and the UEFA Champions League on multiple occasions. Outside of football, he has worked as a psychologist. But what made him one of the worst soccer referees in history? He was named as the referee for the match between Chelsea and Barcelona on May 6, 2009. The match finished in a 1-1 draw, but Henning made some of the worst officiating mistakes in football history, infuriating Chelsea's player to the point of physical assault. Several penalty appeals for Chelsea were denied down by him during the game. He failed to notice Chelsea's five clear penalties. Several Chelsea players, particularly Didier Drogba, José Bosingwa, and Michael Ballack, verbally insulted him during the match because of his questionable performances. In fear for his safety, he was escorted out of England by police after receiving repeated death threats. "It wasn't my best day, really," he told Marca in 2018. "But those mistakes can be committed by a referee, and sometimes a player or a coach." On some days, you are not performing at your best. But I can't say that I'm proud of that performance.