Cristiano Ronaldo is a Legend, Checkout Every Final he Has played in His Career

By Faahionworld (self media writer) | 11 months ago

In this article we will be looking forward to see some of the final that Cristiano Ronaldo has played during his career. 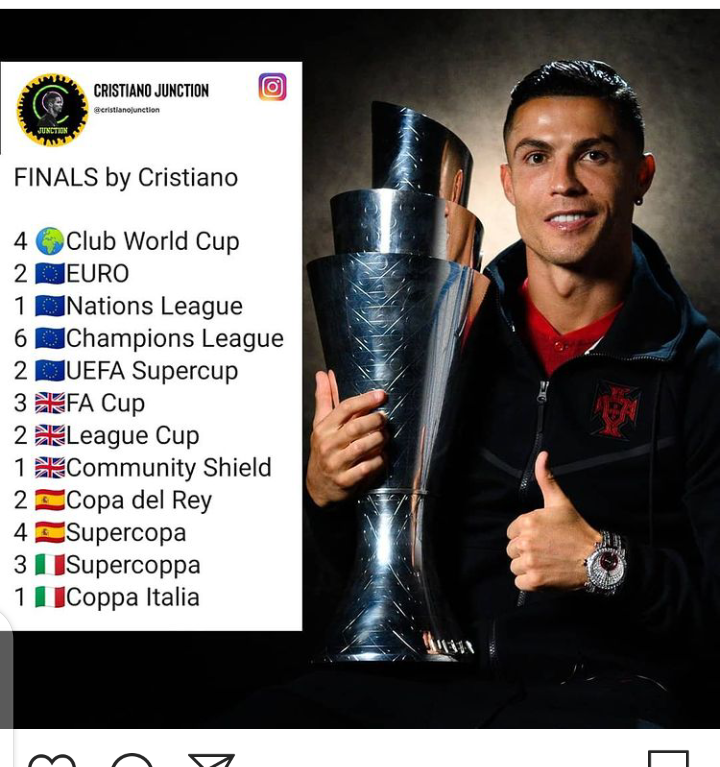 Ronaldo has played in 4 different league playing in Portuguese league with Sporting Lisbon, English premier league with Manchester United, Spanish league with Real Madrid and now he is playing at Italian league with Juventus, and he is also playing for Portugal national team. He has played in almost more than 30 finals during his career.

As you can see he has make far so far that football is corncern, the only thing left nowis the World Cup finals, which he might reached if his country defies all odds to make things happen for them.

How will you rate this complete striker and player Cristiano Ronaldo.