Best Football Defenders of All Time 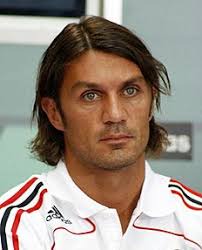 Former Barca player is regarded as one of the best defenders of all time having shown what hes made of with Spain and Barcelona.

Roberto Carlos played for Brazilian giants Palmeiras, Internazionale Milan and Real Madrid, and has win several individual awards like UEFA Club Defender of the year (2002, 2003), UEFA Team of the Year (2002, 2003) and he was even a runner-up for the Ballon dOr back in 2002.

Cafu is considered one of the best full-backs in history and one of the best Brazilian footballers of all time. He was more offensive-minded than anything, with great stamina, ultra-fast, and provider of great crosses. Cafu is regarded as the only player in history to ever play in three consecutive World Cup finals (1994, 1998 and 2002), winning the first and the third ones.

Nesta from Brazil is one if the best defender of all time and throughout his career, he was awarded Seria A Defender of the Year

Franz is one of the two defenders to win the Ballon DOr, and he won it twice

Italian legend Paolo Maldini is considered by many as the best in his position thanks to his performances throughout 24 years of career with Milan. Maldini is a perfect reference when you talk about center-backs, leadership, and respect. Paolo got to win 26 titles, including the Champions League, Serie A and more with Milan.