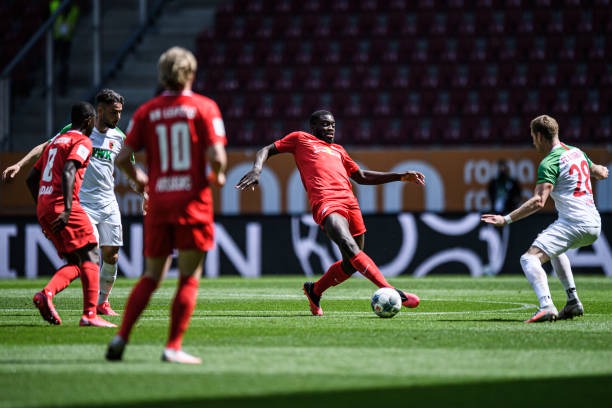 When RB Leipzig finished 6th in the Bundesliga in the 2017-18 season, a 19-year-old Frenchman stood in the middle of the pitch apologetically looking at the fans, as his team had failed to secure a UEFA Champions League spot by just 2 points. RB Leipzig experienced UEFA Champions League football that season and thus it disheartened the crowd and even more, the 19-year-old. The 19-year-old stayed on the pitch for a long time and everyone could feel the grief and determination emanating from him.

Dayot Upamecano started with Liefering and moved to Red Bull Salzburg after a year. His performances in the only season at RB Salzburg earned him major appreciation from fans and managers. In January 2017, he was signed by RB Leipzig on a 4.5-year deal for €10 million. He became a regular from Day 1 and played 18 Bundesliga games in the 2016-17 season. He helped the club with amazing displays of defence as Leipzig finished 2nd. In the summer of 2017, Leipzig signed Ibrahima Konate. Konate and Upamecano formed a great duo at the back but their inexperience and Konate's lack of Bundesliga football hurt them in the 2017-18 season as they conceded over 60 goals. Still, Upamecano was shortlisted for the 2018 Golden Boy. People had not lost hope in them, as they knew Leipzig had found two gems. The 2018-19 campaign saw Upamecano injured for some part of the season and he made only 28 appearances over all competitions. Leipzig finished 3rd and in the current season, Upamecano has played almost all matches and his defensive record is one of the best in Europe's top 5 leagues. Though he's only 21, Upamecano has shown maturity beyond his age. He acts as a sweeper and Konate acts as the stopper. Upamecano's passing range is pretty good as well. He is excellent in the air and a beast on the ground. He is a brilliant tackler, great at interceptions, and a good reader of the game. He is strong and possesses good athleticism. He dictates the game from the back managing the defensive structure and the midfield. He makes perfect tackles and is magnificent at pressing opponents. He often starts the play from the back and he is the backbone of the defence of RB Leipzig. His coordination with Konate is too good and that benefits Leipzig on a lot of occasions.

Upamecano's current season records are 35 interceptions and 72 tackles attempted with 89% accuracy and are the player with the most passes for RB Leipzig with a success rate of 92%. Leipzig has the joint best defensive record in Bundesliga. They, along with Bayern Munich, are the least conceding teams in Germany. Upamecano surely has the right attitude and capabilities and that have led fans and pundits to consider him the future leader of the club as well as the national team, though he hasn't made his international debut yet.

A fearless and courageous defender, who possesses the best of qualities and attitude, Upamecano is the perfect candidate to become the captain of Leipzig in the future. But certain transfer rumours are surrounding him as clubs like Liverpool, AC Milan, Manchester United, Real Madrid and Arsenal are interested to sign him after his wondrous display of defence at Leipzig. But it's pretty sure, wherever Upamecano goes, he has the qualities to become the leader and captain his side to success.