The second edition of the UEFA Nations League will stage its final game of the competition on Sunday, October 10, where Spain and France will lock horns for the ultimate prize. 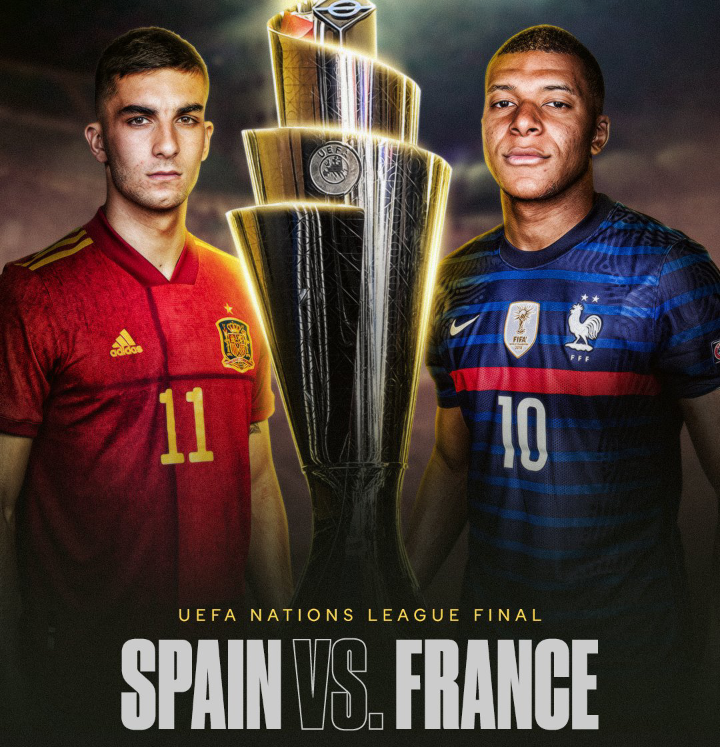 France and Spain will on Sunday go head-to-head with each other in the final of this year's competition at the San Ciro Stadium in Italy.

Spain became the first team to book the final ticket when they defeated Italy 2-1 on Wednesday night. A first-half brace from Ferran Torres was enough for the Spanish team to reach the UEFA Nations League finals.

While France on the other hand reached the final after a stoppage-time goal from Theo Hernandez was enough to earn the French team a 3-2 victory over the Red Devils of Belgium on Thursday night at the Allianz Stadium in Munich, Germany.

After netting a brace for Spain on Wednesday night, Manchester City man Ferran Torres went off injured but he is expected to be fit for the game against France on Sunday.

Both teams are expected to retain most of the players who were in action for the semifinals, except if any of the players got injured in the build-up to the final.

France and Spain are expected to name strong teams for the UEFA Nations League grand finale, with the coaches making little or no changes to the squads that started in the semifinals.

The Sunday UEFA Nations final game between France and Spain will mark their first meeting in four years, with Spain getting a victory over the French team the last time both sides met in March 2017.

Spain however dominates the head-to-head record with 16 wins, while France has 12 wins and 7 of the meetings ended up in a draw.