Between Pulisic, Giroud & Willian, Who Has Been Chelsea's Best Player Since The Restart?

By Dblack_Official (self meida writer) | 9 months Even with a defense which hasn't been inspiring at times, the attack of Pulisic, Giroud and Willian has been somewhat of a joy to watch for Chelsea faithfuls. The three players have been able to link up well whenever they both play together. But the question is who has been the better of the 3 since the restart? The American winger has been in devastating form since the restart, causing a lot of problem down the wings for opposing defenders. The Chelsea man has raked in an impressive 3 goals and 3 assist since the restart, scoring against Manchester City, A Villa, and not forgetting crystal palace. With his future at Chelsea up in the air having failed to reach an agreement over his contact situation, his performances on the pitch has drawn applauds from Chelsea faithfuls. Willian who is widely known for his hardworking on and off the ball, has been instrumental to Chelsea champions league surge since the restart. The Brazilian has scored 4 times since the break, which includes a brace against Westham, not forgetting goals against City and Watford respectively. The French man has been a life saver for Frank Lampard's men, known for his good link up play he has been the arrow head that allows even the likes of Pulisic and Willian to flourish in Chelsea's attack. His most recent performance came in the Fa cup semi final win against Manchester United, where he got a goal and was really a hand full for United's defenders. Giroud also scored against A villa, Watford, Crystal Palace and Norwich city. 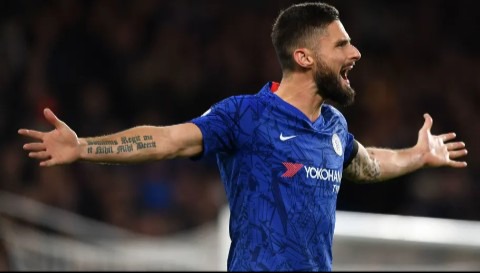 Who do you think has been the better of the 3? drop your opinions in the comment section. Please also don't forget to like and follow thanks.

Ime Bishop Stuns In Lovely Photos With Linda Osifo, Says He Would Have Become A Photo Model

It's My Fault, See What Thomas Tuchel Said About The Arsenal Defeat Last Night

Photo gallery, As Chelsea unveiled home kit for 2021/2022 season. Check them out