Football Clubs With The Largest Revenue.

Football started On November 6, 1869, Rutgers and Princeton played what was billed as the first college football game. However, it wasn't until the 1880s that a great rugby player from Yale, Walter Camp, pioneered rules changes that slowly transformed rugby into the new game of American Football. 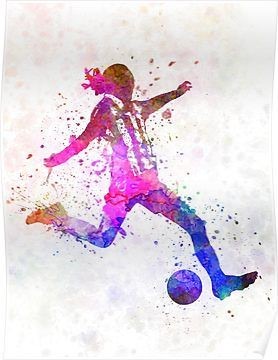 The Oldest football clubs according to the football Association, non league Sheffield F.C. founded on October 24th 1857, is the world's oldest club, and Notts County, founded in November 1862, is the oldest league club. The list included: Juventus Football Club, colloquially known as Juventus and Juve, is an Italian professional association football club based in Turin, Piedmont. The Italian word Juventus mean"Youth". They have other nicknames Old Lady, The Girlfriend of Italy. Chelsea Football Club are an English professional football club based in Fulham, London. Founded in 1905, they compete in the Premier League, the top division of English football. Many of the Chelsea fans would say that they're only hated because the football world is jealous of their money and skill and it could be true. Some people argue that the club bought their success from the investment of Roman Abramovich, which led them to become one of the most dominant teams in Europe. Tottenham Hotspur Football Club, commonly referred to as Tottenham or Spurs, is an English professional football club in Tottenham, London, that competes in the Premier League. The last trophy they won was the Carling Cup, when they beat Chelsea 2-1 I the Wembely. It was the fourth time they won the League Cup. Manchester City Football Club is an English football club based in Manchester that competes in the Premier League, the top flight of English football. Founded in 1880 as St. Mark's, it became Ardwick Association Football Club in 1887 and Manchester City in 1894. Man City was banned  by UEFA in February for 'serious breaches' of financial monitoring rules and failing to cooperate with investigators. The English champions have been accused of deceiving UEFA in order to comply with Financial Fair Play regulations. Paris Saint-Germain Football Club, commonly referred to as Paris Saint-Germain, Paris SG, or simply Paris or PSG, are a French professional football club based in Paris. Founded in 1970, they compete in Ligue 1, the top division of French football. Bayern München, commonly known as FC Bayern München, FCB, Bayern Munich, or FC Bayern, is a German professional sports club based in Munich, Bavaria. Bayern Munich are one of four German clubs to win the Bundesliga and DFB- Pokal in the same season along with Borussia Dortmund, 1. FC Köln and Werder Bremen. Real Madrid Club is a Spanish professional football club based in Madrid. Founded on 6 March 1902 as Madrid Football Club, the club has traditionally worn a white home kit since inception. Their best player is Christian Ronaldo who is the record goalscorer in a league season for Real Madrid, with 48, and he is the first Real Madrid footballer to win the four FIFA Ballon d'Or in 2013, 2014, 2016 & 2017. Barcelona, commonly referred to as Barcelona and colloquially known as Barça, is a Spanish professional football club based in Barcelona, Catalonia, Spain. Barcelona has won 33 league championship, a spanish record. And they have Lionel Messi who is a great footballer.