The forward has attracted interest from top European clubs but his current employers feel he could remain in the Bundesliga for the 2021/2022 season. And they are including him in their plans for next season.

The Norwegian striker has established himself as one of the world's best centre-forwards before the age of 21, this season scoring 36 goals in 33 appearances in all competitions for Borussia Dortmund. 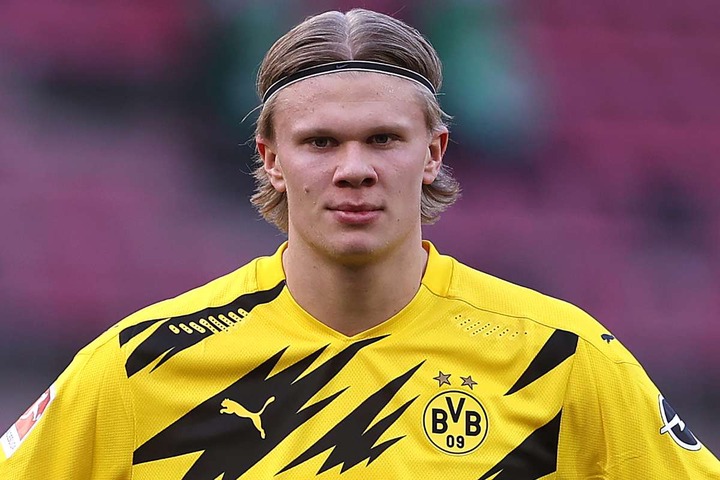 But while he has become one of the most in-demand players in world football, with top clubs involving in a bidding war; Borussia Dortmund hierarchy has made it known to the public, in general, that the club is yet to get any formal offer from all clubs that are interested in him, and that the player will leave the club in this summer transfer window is not factual.

Chelsea, Real Madrid, Manchester United, Liverpool and PSG are just five clubs keen on the 20-year-old, who could be on the move this summer if the struggling Borussia Dortmund fail to qualify for the UEFA Champions League next season.

But while Chelsea, Manchester City and Real Madrid are still chasing the Norwegian striker, two clubs (Liverpool and PSG) have pulled out in the race for the striker and one club (Barcelona) is in, according to a report by top English Journalist Fabrizio Romano.

"According to a top journalist, Fabrizio Romano on his Twitter handle said that the meeting between Mini Raiola, Erling Haaland's father and Barcelona's new president Joan Laporta has been positive. It was the first contact to discuss the new Barcelona project - obviously, there is nothing done or advanced, the race will be long as many clubs are involved... Barcelona are in." 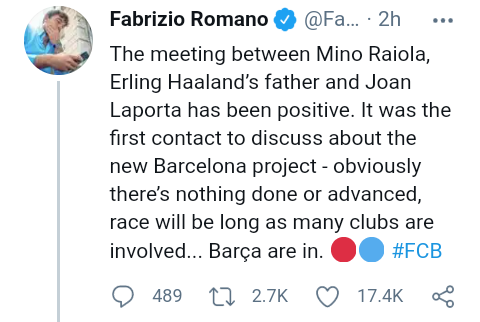 But while the Coronavirus Pandemic has disrupted football activities - which has also strained the finance of clubs, there is this belief that clubs are not willing to pay the asking price of €180m from Borussia Dortmund for the Norwegian striker in this summer transfer window, as all clubs are carefully spending every Euro that comes into their hands.

His agent Mini Raiola had revealed on his Twitter handle that Chelsea or Real Madrid could win the race for the striker because, he feels they are the only serious contenders for the signature of the 20-year-old, who has dominated in the Bundesliga since he joined them in January 2020, from Red Bull Salzburg.

Content created and supplied by: Ellison25 (via Opera News )

Checkout how football fans has reacted to the newly announced super League.