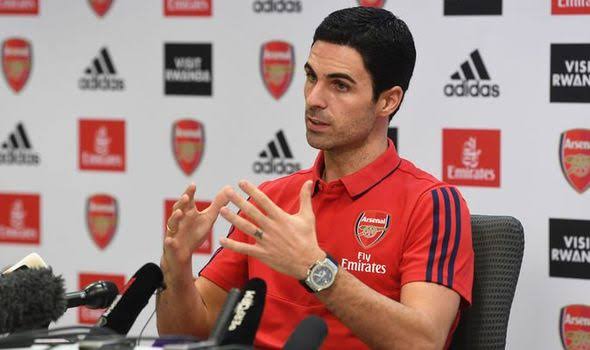 Several Arsenal players has been rumoured with a likely exit out of the Emirates Stadium ahead of the next campaign, one of the players with a possible exit happens to be Shkodran Mustafi, who has been strongly linked with a move to AC Milan, as they planned to add him to their first team squad so as to bolster their defence, in making them a good contenders for the Serie A tittle against the next campaign.

However, Arsenal head coach Mikel Arteta who is looking forward to bolstering his squad, has acknowledged that he is keen on that Shkodran Mustafi should stay at the Emirates Stadium.

The Germany international who joined the Gunners from La Liga outfits Valencia, has struggled for consistency during this campaign for the Gunners. Meanwhile,Serie A giants AC Milan are among the list of clubs that are strongly linked to land the 28 years old signature, and they have been reported to have push forward a offer in region of €12m, to strike a deal with the German World Cup winner. The North London club are likely to reconsider on extending the contract of the 28 years old, that will be expiring next year as Mikel Arteta has claimed to have asked the Gunners Board in agreeing on a new deal with the Gunners star. The £90,000 a-week star has featured in 24 games in all competitions this campaign for the North London club.

Man United star could be forced to reconsider his future, after being snubbed by Solskjaer

Salah's agent arrives in Liverpool for talks over a new contract.