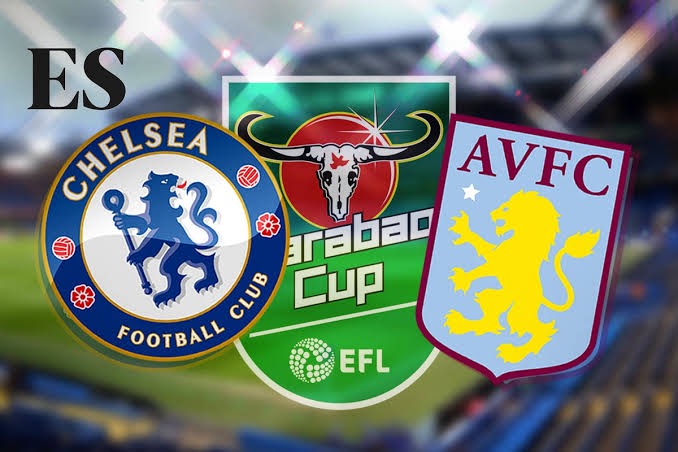 Chelsea will welcome Aston Villa to Stamford Bridge tonight in the third round of the Carabao Cup fixture.

Chelsea and  Aston Villa  have already met this season with the Blues securing a 3-0 win at Stamford Bridge through Mateo Kovacic and Romelu Lukaku brace.

However, Villa were well on top for stages of the league fixture on 11 September, so may fancy their chances of causing a cup upset.

Chelsea boss Thomas Tuchel has already hinted that there will many changes tonight compared to the starting XI that defeated Tottenham 3-0 at the weekend.

Here is Chelsea's possible starting line-up and I'm predicting there could be eight changes for this Carabao Cup tie:

Chelsea’s number one goalkeeper Edouard Mendy missed the win against Tottenham after picking up an injury against Zenit St Petersburg in the Champions League, he has been ruled out again for today's game through injury. Kepa Arrizabalaga stepped in against Spurs on Sunday and did just okay, so expect him to retain his spot in-between the sticks.

Meanwhile, there could be some changes to the back-three.

Ever-present Antonio Rudiger surely needs a rest so will come out of the side, plus Thiago Silva may drop to the bench with a league showdown against Manchester City just on the horizon.

This could see young talent Trevoh Chalobah back in the XI and he’s earned more game time after an impressive start to the season. Also, versatile defender Reece James could return as a right-sided centre-back.

Chelsea captain Cesar Azpilicueta will likely get a rest so Callum Hudson-Odoi could start as the right wing-back against Villa.

Similarly, Marcos Alonso has impressed so this season as left wing-back but should get a rest after starting all Chelsea's six games this season. This should allow Ben Chilwell to make his first start of the season.

In the centre of the park is where it gets tricky.

Saul Niguez could come in to replace Mateo Kovacic. Jorginho could've gotten a rest but with N'Golo Kante only just returning from injury, expect Jorginho to start again. Ross Barkley may get some minutes from the bench.

Mason Mount, Kai Havertz and Romelu Lukaku have been the preferred front trio right now at Stamford Bridge, but they could all drop down to the bench to give some fringe players chance to get a start.

Finally, Timo Werner could be given the opportunity to show what he can do leading the line. It may be a rare occasion that Lukaku doesn’t start, so all eyes will be on Werner to see how he performs. 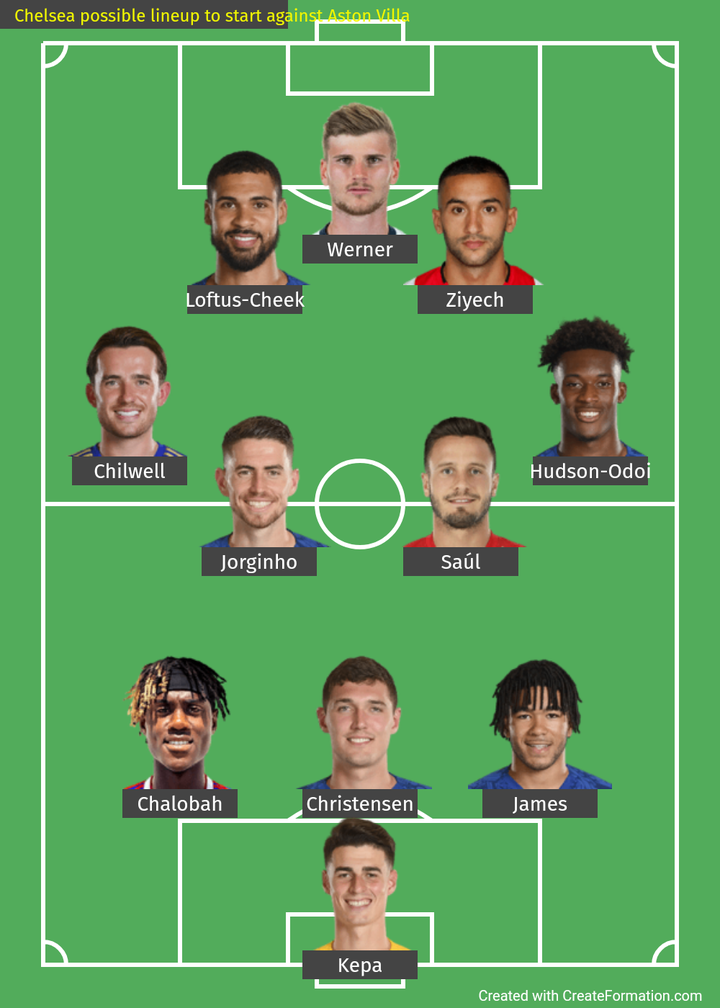 Have something to tell us about this article?