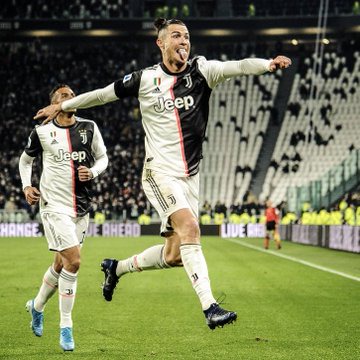 You'd think he actually stood a chance to win it 🤣🤣🤣

Now that the ballon dor won’t be given out, Messi fan boys are activating their mouth for everyone who said Ronaldo is better than Messi.

Some people really need to learn what to say. Someone is trying to prove that Cristiank Ronaldo is not worth 2020 ballon dor using Sofascore rating which is a particular game. Is sad to see this decline.

Ronaldo stat padded with 12 penalties in Seria A

2013:- Reibery playing a legendary season, a treble and the most promising candidate for the Ballon Dor... given to Ronaldo

2020:- Lewa with a outstanding season, close to winning a treble and the most promising candidate as well.. Ballon Dor cancelled

Last year Ronaldo fans cried about Messi winning the ballon dor, This Year they crying about Messi not winning it.

Pick a side ffs😂

just because ronaldo has his last chance of getting 6 ballon dors, ballon dor was a joke when modric won 2018 and messi 2019, really who cares

F***ing joke man @FIFAcom your so corrupt it’s unreal, Ronaldo was robbed from his 6th ballon dor last year give it to messi when won one title yet Ronaldo won two with juve an one with Portugal yet didn’t get the award you favour messi over Ronaldo because he’s to good#corrupt

It’s always been Cristiano Ronaldo vs the media, they robbed him off an assist due to deflection but awarded it to Messi.