By Sunnycleph (self meida writer) | 21 days

Porto defender Pepe has reportedly told Cristiano Ronaldo to stay in Italy with Juventus, amids return to the Portugal.

The Porto defender, who was a former Real Madrid team mates to the Juventus forward Ronaldo, has been in a great form for the Portuguese giants club Porto, and played an integral role in the FC Porto progress to the quarter final of the UEFA Champions League, before they were being dismissed by Chelsea on a 2-1 aggregates. 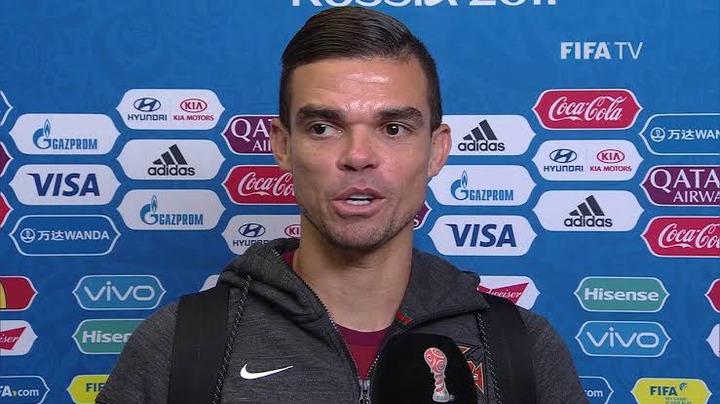 According to reports, the Former Real Madrid player Pepe, has however told Cristiano Ronaldo to reject a move to Portugal.

During an interview with NOVO on Ronaldo playing in Portugal, Pepe said, he thinks Ronaldo is happy at the Turin and remain the top scorer in the Serie A

He further said, those people that criticise him, have no understanding on the effort it takes to score more than 30 goals every year, but he however hopes the Real Madrid leading goal scorer Cristiano Ronaldo stays at the Turin for another year.