Here we take a look at the top 5 fastest goals scored in the Premier League. Some even go as far as scoring within the first 10 seconds. 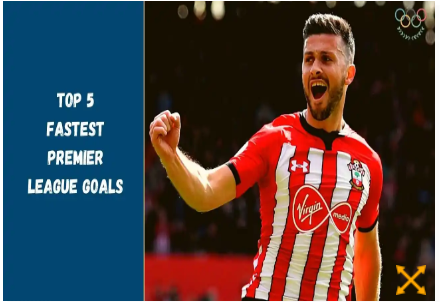 Football players on the pitch, mainly the strikers always have a mindset to not waste any chance that comes to them. Well someone even goes as far as making their own chances. This pacey mind state always makes them stay on their toes for the majority of the 90 minutes. This gives rise to goals scored within the first minute of the kick off. Some even go as far as scoring within the first 10 seconds! Here we take a look at some of the fastest goals scored in the Premier League:

Viduka is an Australian National who plied his trade in England as well with Leeds United. He was also the captain of the Australian Men’s Football Team. During a match in 2001 against Charlton Athletic, Viduka scored a goal 11.9 seconds into the game. At kick-off, Leeds played a long ball into the box which was flicked on by Alan Smith into the feet of Viduka, who took one touch before slotting the ball past the stranded Goalkeeper.

Eriksen had netted one of the fastest goals for Tottenham, a while back in 2018 when they faced United at home at Wembley. With that goal, the former Spurs man had thrown United’s game plan out of the window. Unable to recover, Jose Mourinho’s then side, exited the game with a 20 defeat.

Not one of Shearer’s most famous or memorable goals, rather more of a lapse of defence in which Manchester City’s goalkeeper lost his footing when a back pass approached him pretty early in the game, which resulted in Shearer receiving the ball and putting it in the back of the net. Shearer finished that season with 17 goals, not a lot for a man with 3 occurrences of 30 + goals.

Ledley King, another club hero, who had scored in under 10 seconds against Bradford back in 2000, also was a beast. He lashed a shot in from 20 yards which took a wicked deflection, bouncing into the far corner at Valley Parade to earn him the fastest goal title – one which he held for 19 years. Ultimately it was broken by….one and only…

The 'Fastest Goal in Premier League History' doesn’t feel like a very Shane Long record to hold. Long is a striker who has held a reputation for goal droughts, a player who has worked tirelessly for little reward, but has the pace to harass defences.

In this instance as well he wasn’t a favourite to score, but he took his chances and blocked a Craig Cathcart clearance from a Watford kick off before hooking the ball over Ben Foster.