Fans react after Manchester City flaunts its trophies at Paris ahead of their game against PSG.

By Gwin4real (self media writer) | 1 month ago 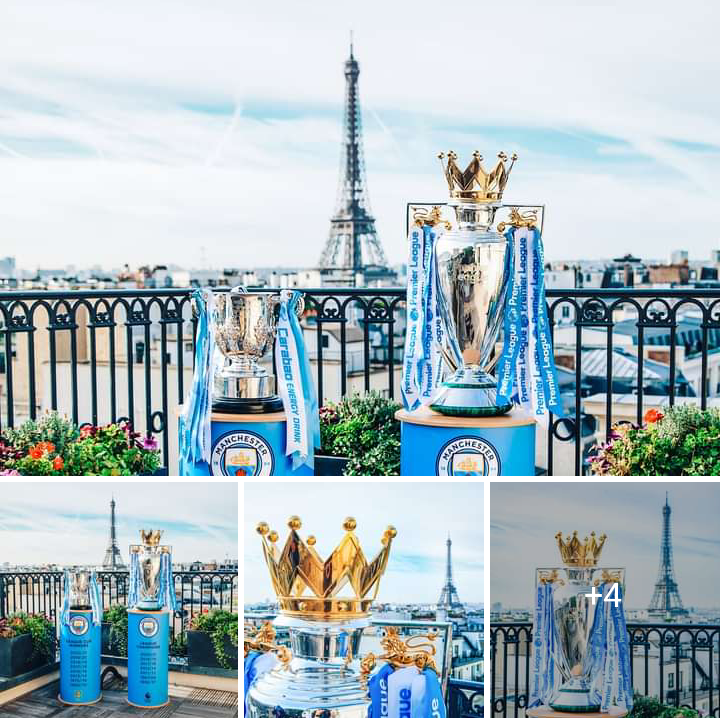 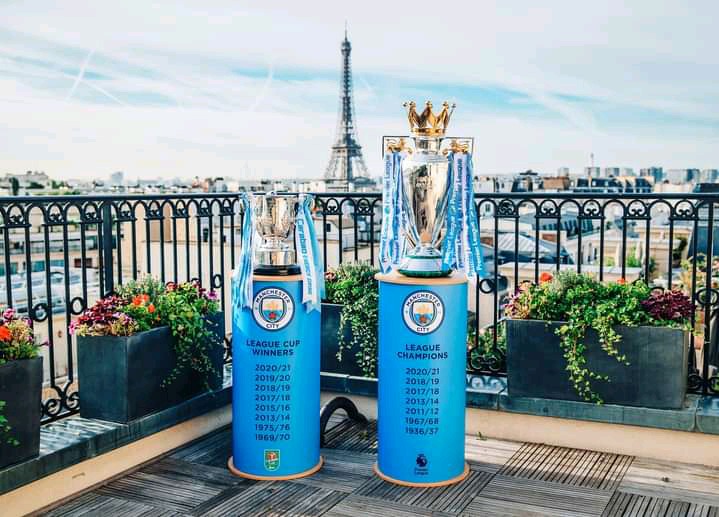 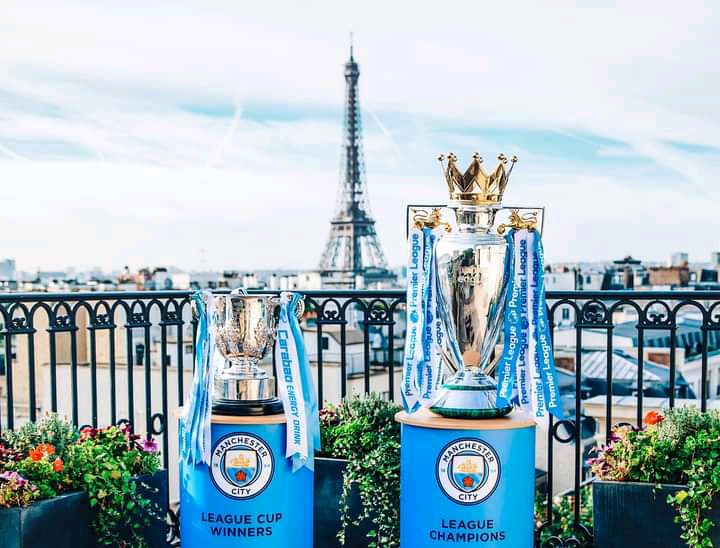 Manchester City wrote on Facebook: "The trophies on show!" alongside the pictures Premier League and League Cup. And on Twitter they greeted Paris with the English Premier League trophy. Here are some screenshots of reactions from fans below: 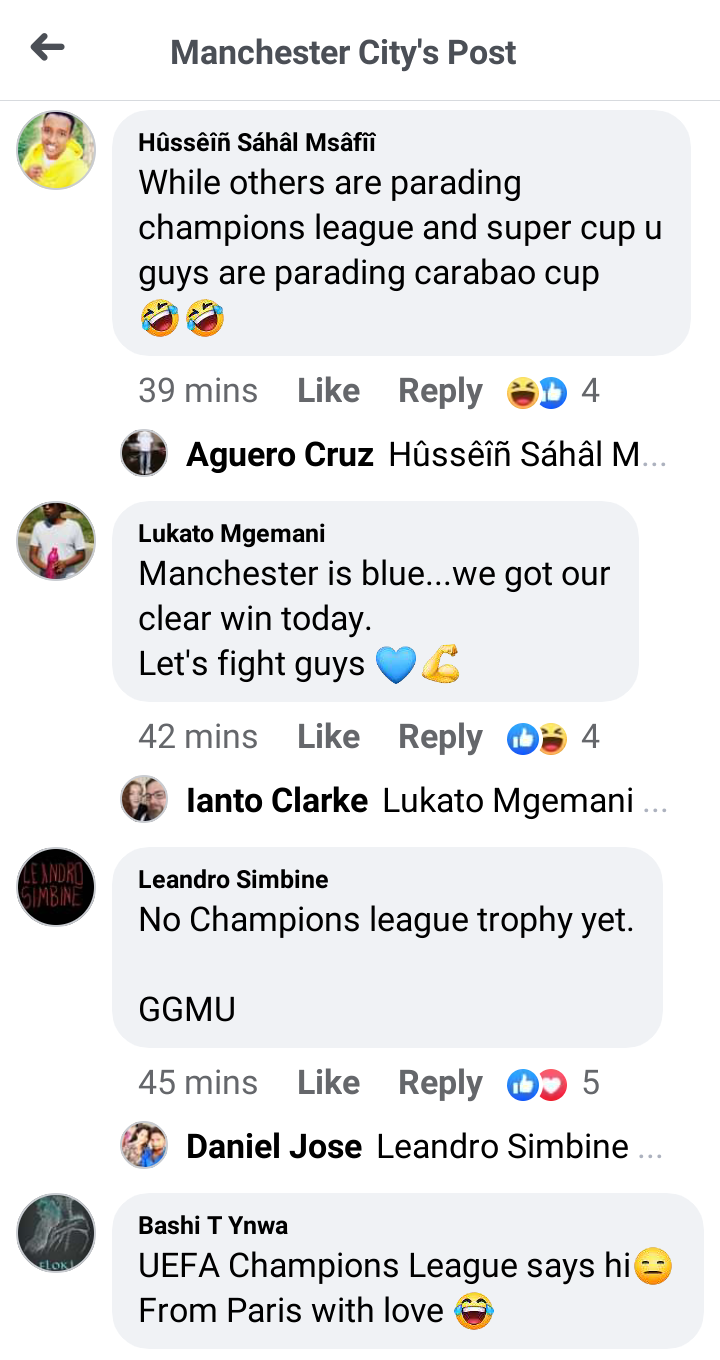 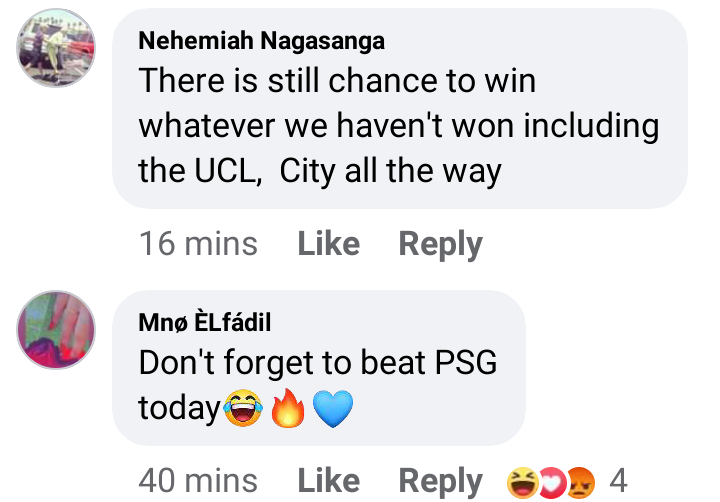