In An Open Mic Video Released By Arsenal, Here Is What Xhaka Said When Arsenal Scored The 1st Goal

The recent open mic video released by Arsenal helped many to hear the reaction of Granit Xhaka after Arsenal scored their first goal against Sheffield United. 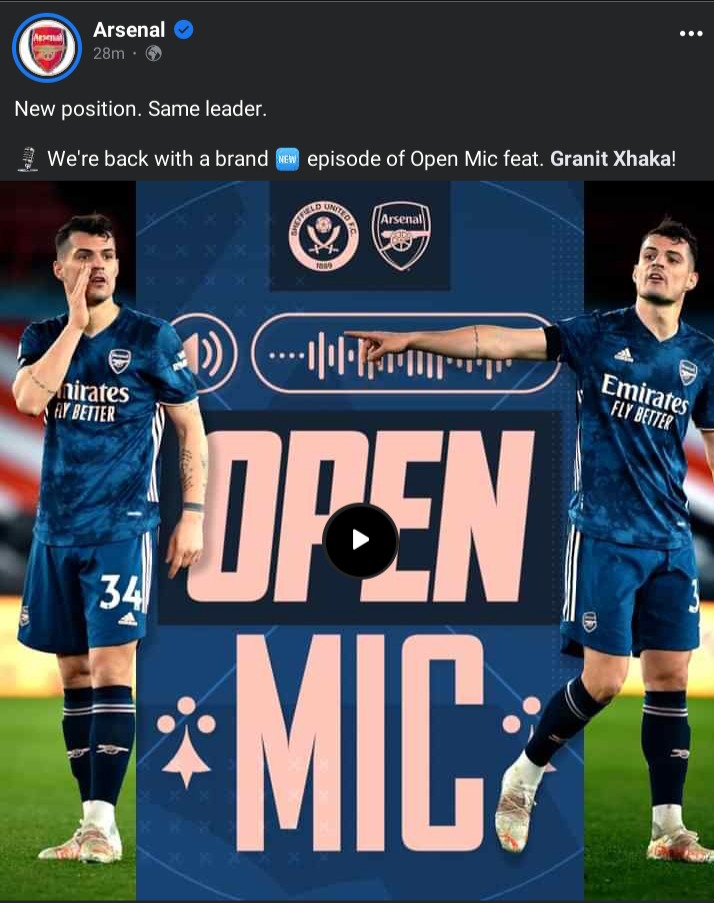 With the absence of fans in the stadium, the voices of the players during a match can be easily heard. Every word from each player are being captured by the mic. While we the viewers cannot hear every words from our TV set, the match officials as well as media present in the stadium can.

Two days after the 3-0 victory against Sheffield United, Arsenal used their official Twitter page to shared another episode of open mic where the words of the players are being heard.

After Arsenal scored their first goal which was a beautiful 'tiki-taka goal, Granit Xhaka uttered some words to show how he loved the build up to the goal. He said;

Xhaka also made sure players stayed in the celebration huddle to give further instructions & encouragement. 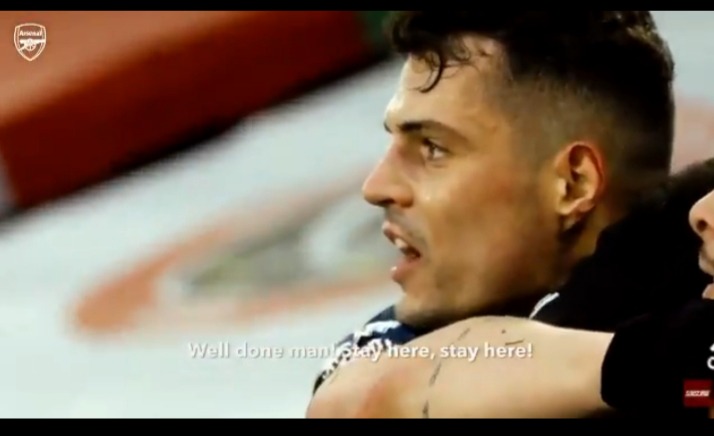 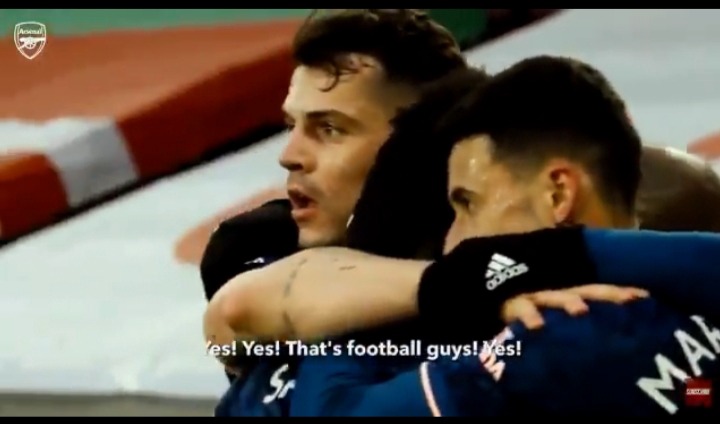 In the absence of Tierney, Mike Arteta used a different tactics which saw Xhaka playing as a left back in the entire 90 min of the game. He was praised by the manager after he executed his duties well.

The Tiki-Taka goal brought old memories of the Arsenal identity which was seen during the era of Arsene Wenger. In the post match Interview, Arteta acknowledged the goal by saying "this is the way we want to play"

Many fans we hope for similar performance as they take on Slavia Prague in the Europa league.