Liverpool possible line up against Midtjylland

By Oluwasegunola (self media writer) | 1 year ago 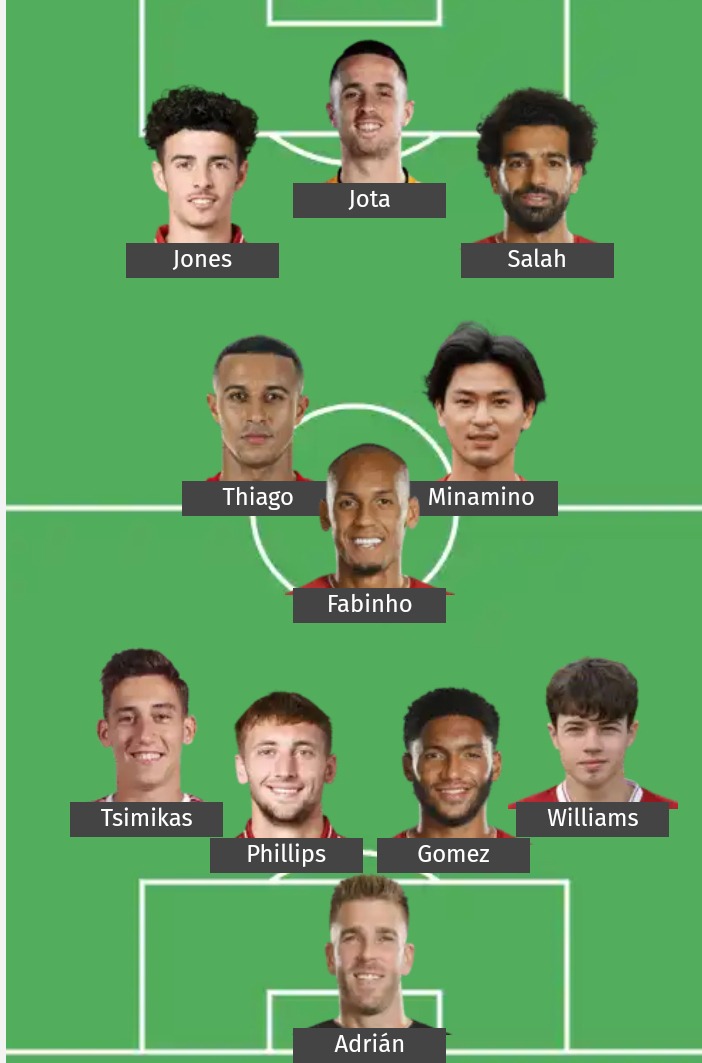 Liverpool host Midtjylland in the UEFA Champions League Group D at Anfield on Tuesday night. The Reds won their first group game at Amsterdam, when they beat Ajax 1-0 thanks to a Nicolas Tagliafico own-goal.

Midtjylland, on their return to Europe's premier club competition, were on the wrong end of a 4-0 result, as they were put to the sword at home, by a rampant Atalanta.

Takumi Minamino will partner up with Henderson in the attacking midfielder role in tomorrow's match.

Content created and supplied by: Oluwasegunola (via Opera News )