By firstnews (self media writer) | 2 years ago 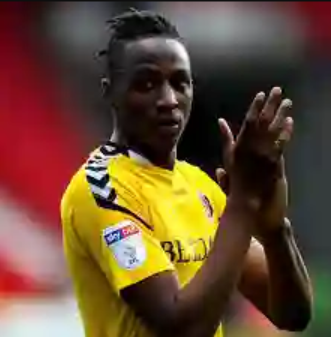 The midfielder joined Ranger from Chalton Athletic FC. He was very impressive for the Steven Gerad coached team.The midfielder scored eight goals and provided eight assists in 43 appearances across all competitions.

His eye catching performances led to a maiden international call up for the midfielder in October. He has so far scored two goals for the super eagles after a handfull of games.

Speaking to Rangers TV, Aribo explained that just like there are pressures to win games for the Super Eagles, a similar expectation exists at Rangers.

“I'd say playing in front of the big crowds, and we've got 50,000 over at Rangers, so it’s like no different and there’s an expectation at Rangers to win, where also that’s like Nigeria, expected to win”

“So, I mean, that’s helped me bring that to the international stage. Literally, it is no different to Rangers.

"I mean, we are expected to win every game so it is just like okay, it is the norm now, it's literally become the norm for me so it's no different to being at Rangers."