The first match that was played in the Serie A competition yesterday, was between bottom table side Salernitana and Empoli. Salernitana who newly gained promotion into the Italian top league, fell to a defeat at home yesterday as Empoli comfortably defeated them by 4 goals to 2 and increased their chances of avoiding relegation this season. 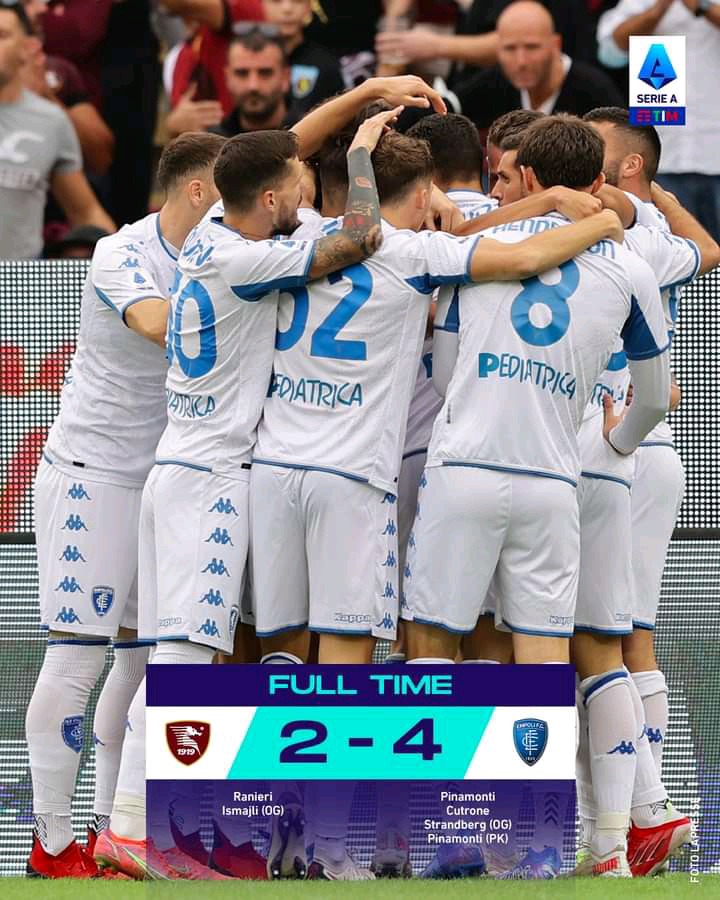 Sassuolo were also in action against Venezia yesterday. Sassuolo who drew their last game, returned to winning ways yesterday as they won Venezia 3-1. 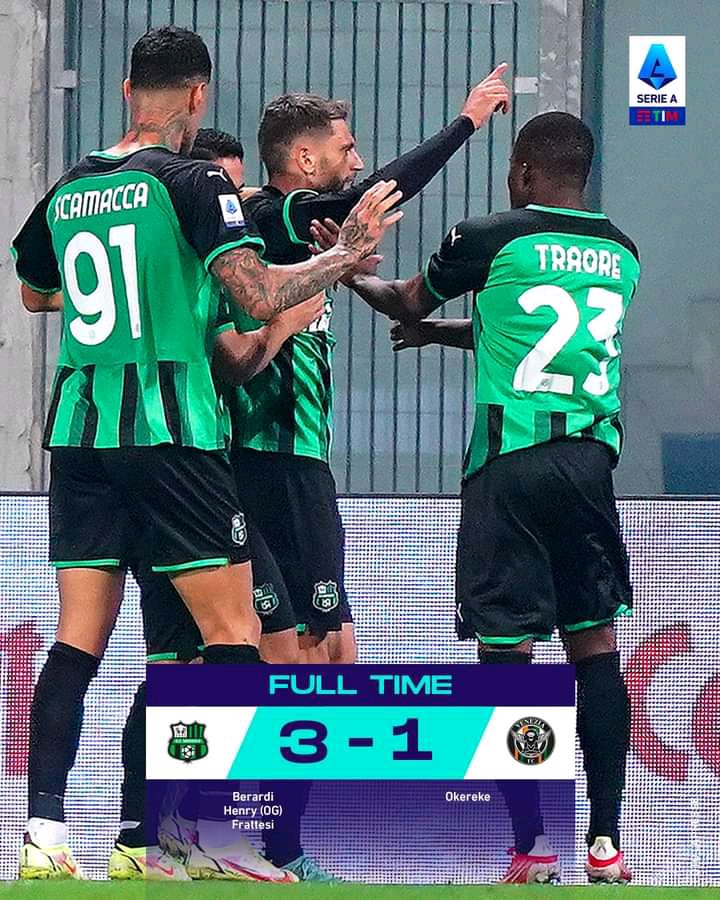 After Sassuolo defeated Venezia 3-1, Bologna then hosted AC Milan in the last fixture of the Serie A competition yesterday. AC Milan who are considered the favourite to lift the Serie A title this season, narrowly defeated Bologna in a 6 goals thriller game. Bologna lost the game to AC Milan in the late minutes of the game after two of their players were shown a red card. 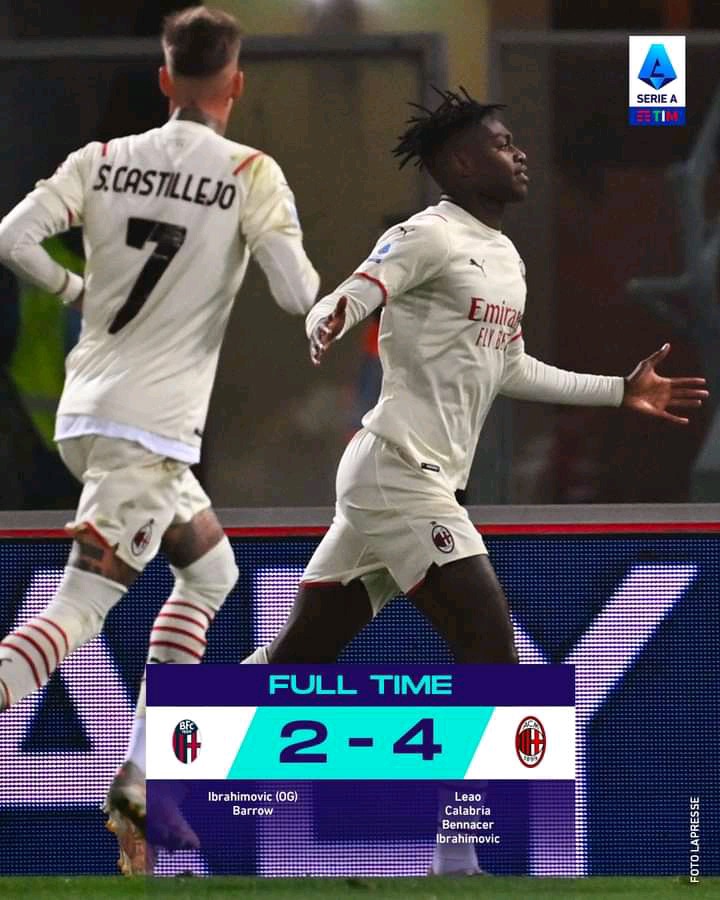 After all matches were played yesterday, below is how the Serie A table now looks like, with AC Milan occupying the first position following their 4-2 victory over bologna yesterday. Napoli on the other hand, are occupying the second position with 24 points from 8 matches. See the picture below for more details. 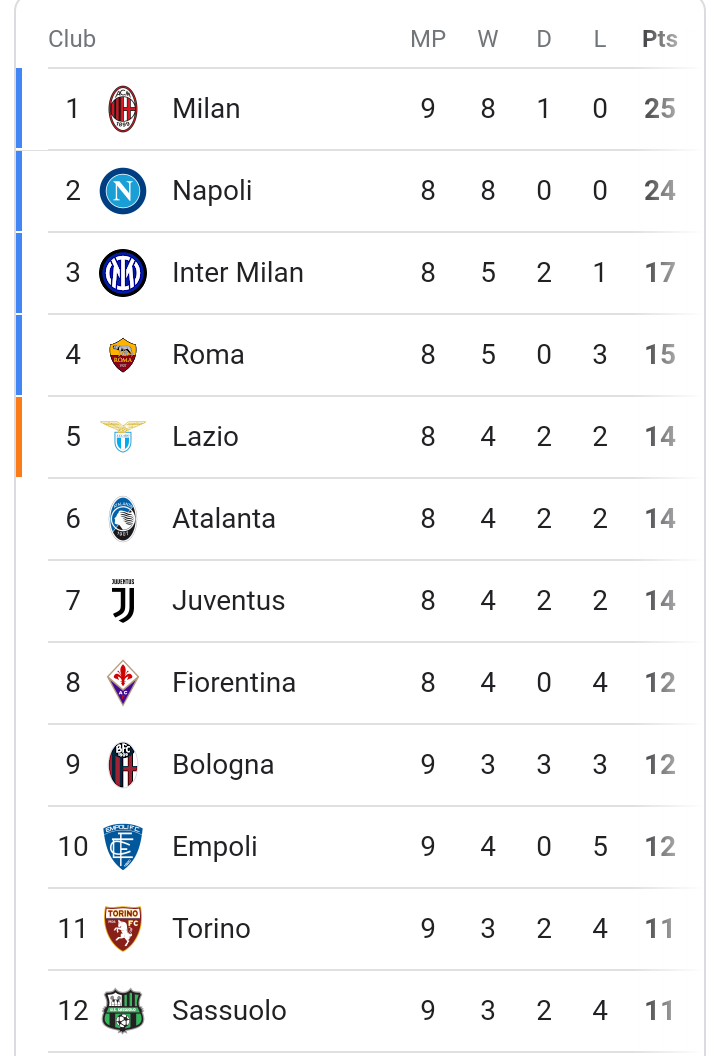 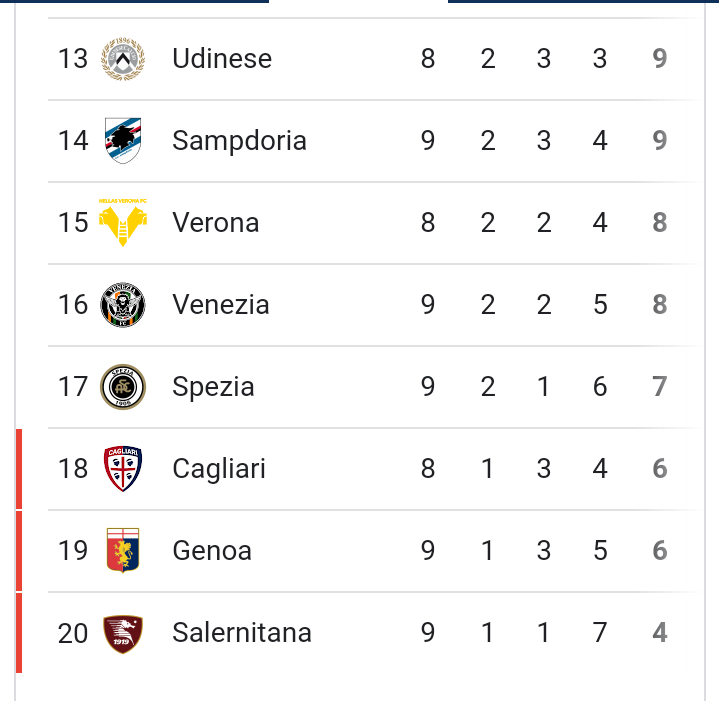 What do you have to say about this? Between AC Milan, Juventus, Napoli and Inter Milan, who do you think will win the Serie A title this season? Kindly leave a message in the comments section below. 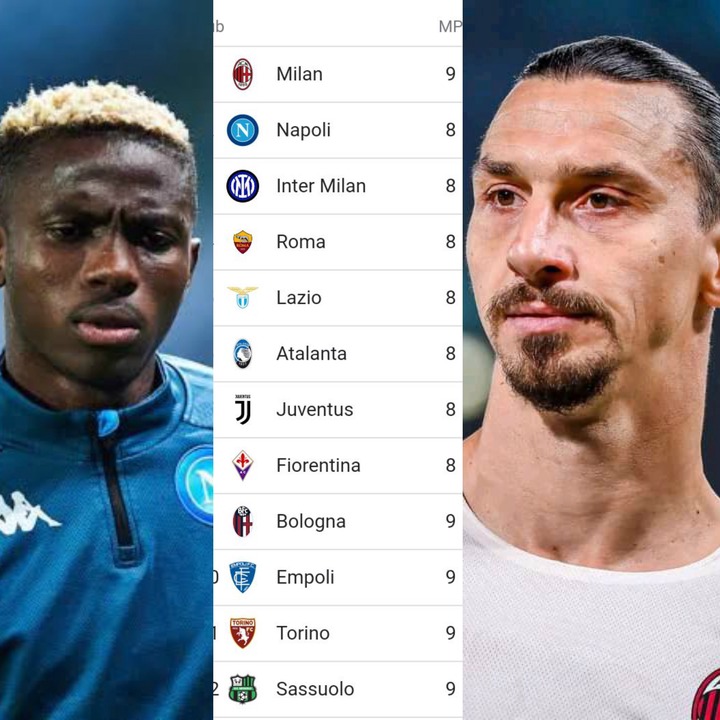