ARSENAL 3-1 TOTTENHAM: Four Players That Were Responsible For Arsenal's Victory Over Tottenham.

The North London based club Arsenal got all the maximum three points as they recorded a 3 - 1 win over Tottenham Hotspurs in their crucial English Premier League encounter.

The English Premier League giants Arsenal were the huge favourites to get all the maximum three points due to their previous records against Tottenham Hotspurs. 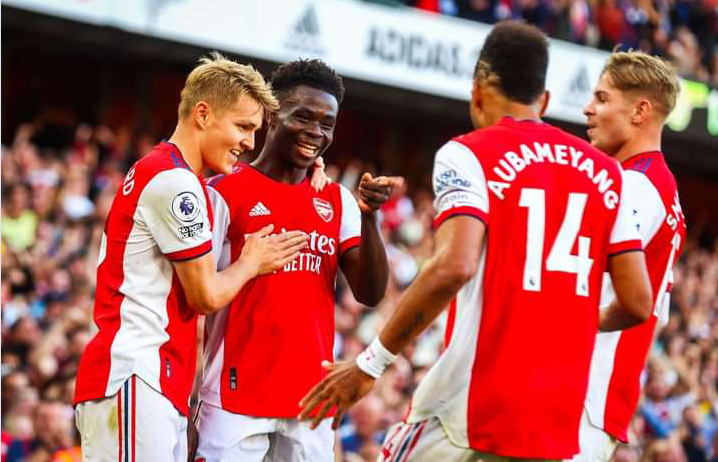 The Arsenal Superstars which include Emile Smith Rowe, Pierre Emerick Aubamayang and Bukayo Saka were responsible for the comfortable victory over Tottenham Hotspurs. 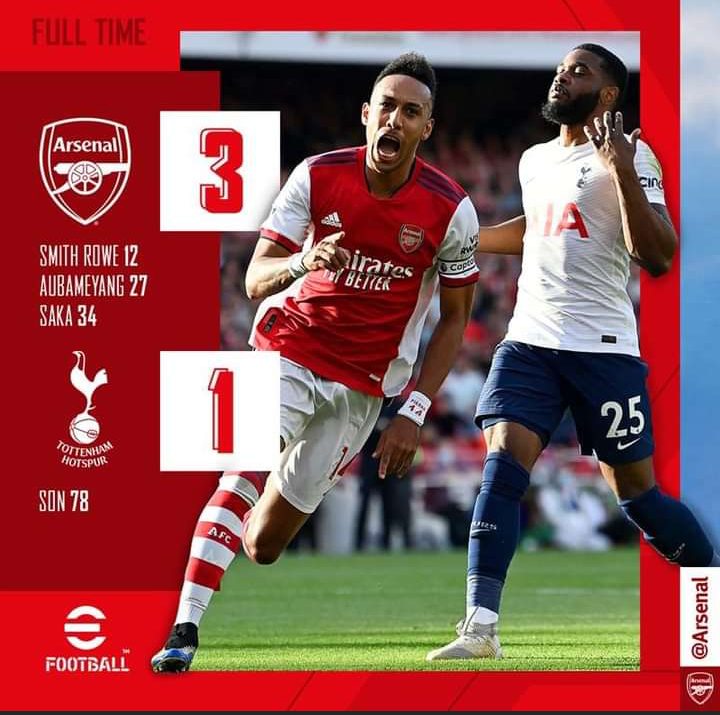 Let's take a look at four players that were responsible for Arsenal's victory over Tottenham Hotspurs;

1. BUKAYO SAKA: The England and Arsenal winger Bukayo Saka was once again at his best as he recorded one goal and one assist in today's encounter. 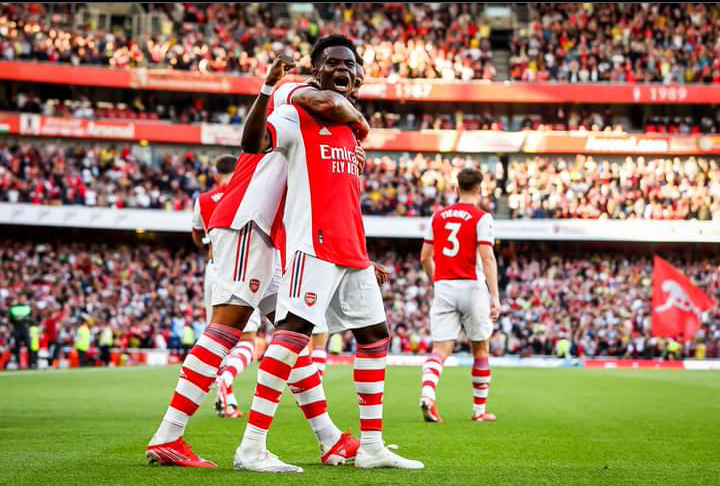 2. EMILE SMITH ROWE: The England and Arsenal Midfielder Emile Smith Rowe was once again at his best as he registered one goal and one assist in today's encounter. 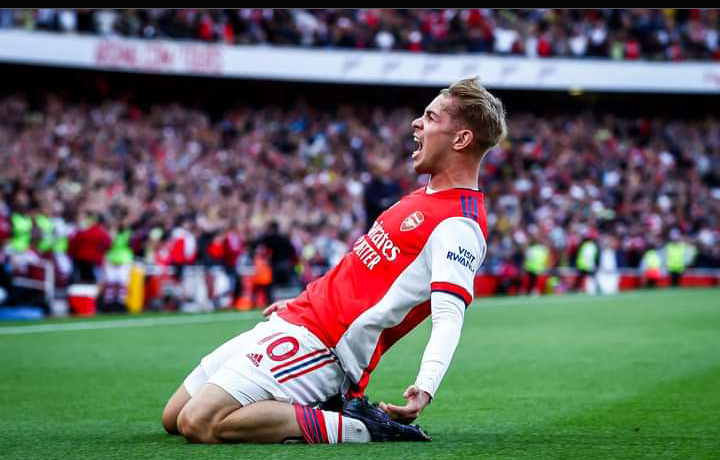 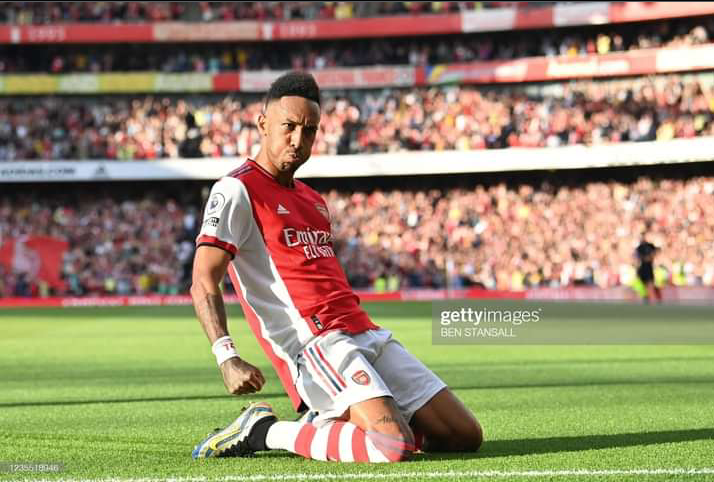 4. AARON RAMSDALE: The England and Arsenal goalkeeper Aaron Ramsdale was also incredible in their comfortable victory over Tottenham Hotspurs. 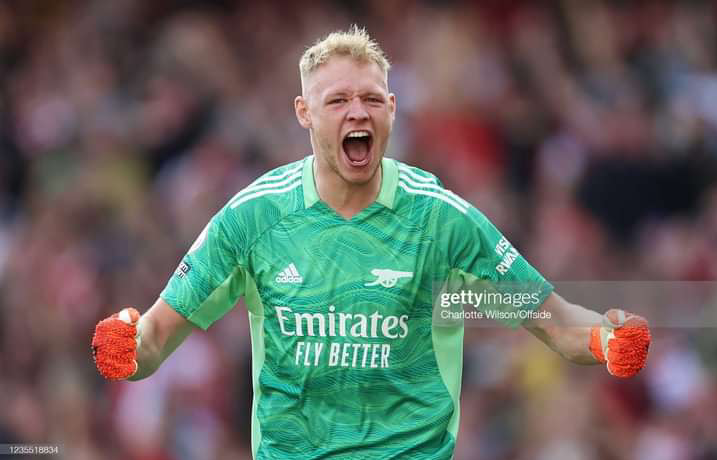