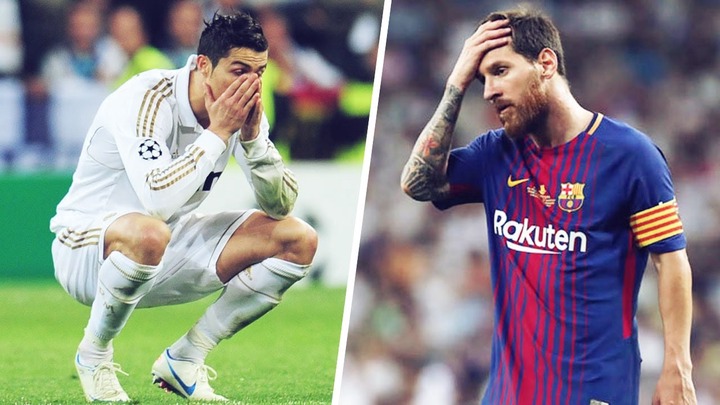 Messi’s worst goal drought was 816 minutes without a goal and all the competition were included. This was between October 2007 and March 2007 but these droughts did come at the start of their careers. CR7 wasn’t a goal machine at Sporting Portugal or when he first started at Manchester United. Messi was very fragile when he first turned professional. CR7 regularly had dry spells until 2006, after May 2006, they were very rare, so he stood out more. One of the most famous goal drought being with Portugal, 863 minutes without a goal between February 2009 and June 2010. Messi hasn’t had a similar run with Argentina but he did have two entire tournaments without scoring once and that was in 2010 World Cup and 2011 Copa America. Among CR7’s dry spells was the one in 2016 – 2017 with Real Madrid. 6 entire matches without scoring in the Champions League or 540 minutes. Many talked of a goal drought when he arrived at Juventus, after 3 matches without a goal, he later scored double in the next match. Messi also had spells without goals in La Liga, even recently. 360 minutes without a goal between the end of Jan and start of Feb 2020. His worst run in La Liga since 2014.

He was quiet for 538 minutes, from October to January. In 2016 too, Messi had another goal shortage, 515 minutes without a goal between March and April 2016. At that time, he was chasing his 500th career goal, all the competition included. Messi can also have them but not very often. All these are proof that these two players are from another galaxy.