Ronaldo Sets Yet Another Record As Juventus Beats Lazio 2:1.

There are thousands of great footballers on earth but there would always be one unique fabric for one special player. Irrespective of where they go on which turf they put their soccer boots, such player would always make history.

Such a footballer is Cristiano Ronaldo. He can't even stop himself from breaking and setting new records.

A man that was written off back in 2014 world cup because he damaged his cruciate ligament, a situation that prevented him from being on the wing till today, but guess what? He has gone to win 3 more Balon d'or after then. He has since constantly condemned his critics to ageless silence. They say the toughest league is English football Leagues, he came and dominated, then went for Spanish Laliga, he quenched the monopoly of Lionel Mesi and the two become the talk of football for good ten years. But just when the boredom was surfacing in Laliga, he packed his boot and went to Italian Serie a. And guess what? He is destroying records and setting another one. It was a very tense match against Lazio who have since positioned themselves as tittle contenders. And their talisman Ciro Immobile leading the pack of the highest goal scorer in serie a, a record Ronaldo has now matched with both of them maintaining the same goals albeit 4 more matches to play.

Meanwhile, Imobile has played more matches than Ronaldo this season. Even at over 35 years of age, CR7 has refused to let sun sets on his career.

When he was in his late 20s, people were saying he would be done by 30, but now Ronaldo is more than 35 and he refused to be done, he would even still break the record as the most expensive player at his age. 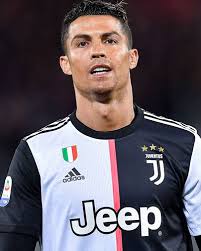 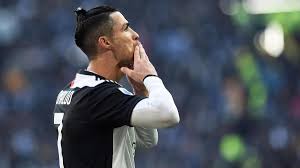 Talent they say is one thing, but persistence is everything. When you fight it out against all odds like Cristiano Ronaldo, even the cosmic events will align with your strengths. Players like Ronaldo would only be seen once in a thousand years and maybe before then, there would be no more football.