7 Football Clubs That Have Never Been Relegated 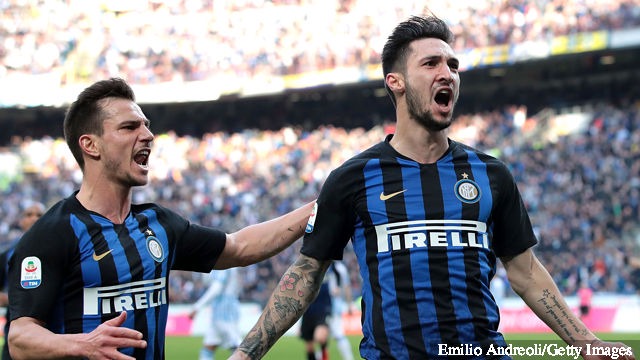 In a recent video looking at the seven biggest clubs who are not currently playing top flight football from across the globe, I quickly reeled off a list of teams who have been relegated over the years in the introduction.

The three teams I mentioned were Manchester United, Bayern Munich and Atletico Madrid, although I could just as easily have added the likes of Manchester City, Juventus, Liverpool, PSG, Chelsea and Borussia Dortmund. All of the aforementioned sides, and I could have gone on, are among the biggest football clubs on Earth.

Whilst it is rare, it’s not totally unheard of, and there are a lot more than seven teams I could have included. To be clear, this isn’t the seven best, I’ve just tried to pick a varied seven that hopefully will be of interest and aren’t focussed too much in a single nation, and I will list the sides that missed out with the honourable mentions between first and second place.

Here are 7 football clubs that have never been relegated:

Getting us started in this seven are Inter Milan, who hold the rare distinction of never having been relegated within the Italian game. There are some real powerhouses within Italian football, from AC Milan to Juventus, Napoli and Roma, but all have been relegated at some stage in their long an illustrious pasts - albeit Juventus’ only relegation came as a consequence of the Calciopoli scandal rather than poor results back in 2006.

Nevertheless, the Old Lady have been relegated, and when that relegation was enforced, Inter Milan became the only Serie A side never to have been relegated. That’s a pretty impressive record, dating back to the club’s founding in 1908. In 111 years of football, Inter’s worst league finish came in the 1993-94 season when they finished 13th, and they still won the UEFA Cup that season! In fairness, they did come mightily close that season, finishing just a solitary point above the last relegated side Piacenza. Inter have actually had some of their worst consistent performances in the league over the last decade, with league finishes as low as ninth, but they now look to be back in business in terms of the league at least under Antonio Conte.

Next up in this seven, which I will remind you is in no particular order, is Brazilian outfit Santos. Santos are arguably the most celebrated club in Brazil, being among the most successful teams in the country and also having given birth to some truly fantastic footballers. Santos are of course best associated with the career of Pele, who spent 18 years revolutionising the sport in the city of Santos. The club has also produced the likes of Carlos Alberto, Gilmar, Robinho and Neymar.

Founded 107 years ago in 1912, Santos have won the Brasileiro eight times, the Copa Libertadores three times, and the Campeonato Paulista 22 times. Santos never finished lower than 11th in the pre-nationwide era of Brazilian football, and during the Brasileiro era, their lowest finish came in 1976 when the club ended the season in 13th place. Santos are one of only three top flight Brazilian clubs never to have been relegated, and their league finishes over the last decade would suggest that record is unlikely to come to an end anytime soon.

Cliftonville are officially the oldest unrelegated football team on Earth. The football club was founded more than 140 years ago in September 1879 by John McAlery, a young Belfast-based businessman who pioneered the development of association football in Northern Ireland. Cliftonville enjoyed mixed fortunes in their early years, reaching a number of Irish Cup finals but suffering some heavy defeats against English, Scottish and even some Irish opponents. It wasn’t until 1890 that a formal league system was created in Ireland, and Cliftonville joined as one of the eight founding members.

They won the league for the first time in 1906, and for a second time in 1910, and they remained a fully amateur outfit up until the 1970’s. It was also during the 1970’s that Cliftonville came among the closest they have come to relegation, finishing regularly in the bottom half of the table but managing to stave off a first relegation. In 1998, the club returned to the summit of the Northern Irish game with a first league title in 88 years. In more recent times, Cliftonville came mightily close to relegation in the 2003-04 season, when they finished second from bottom of the Irish Premier League. That meant a relegation play-off with Armagh City which put Cliftonville’s top flight status under its greatest threat to date, but they managed to win 4-1 on aggregate over the two legs. Cliftonville have enjoyed much more success over the last decade, and they are 4th in the Irish Premier League right now, a million miles from any relegation concerns.

There are two Scottish clubs that have never been relegated, and it would be three had Rangers not had to go into liquidation back in 2012. Celtic are the team that make the seven, as one of the two indisputable Glasgow giants. Celtic are a very old football club, founded some 132 years ago in 1887 at Saint Mary’s Catholic church in Glasgow. Inspired by Hibernian, the aim was to use the team to raise funds for local impoverished children.

Celtic joined the Scottish Football League in 1890, and they finished third in their debut campaign. Celtic’s worst period came in the years immediately following the end of WWII, with their worst league finish coming in the 1946-47 campaign, as the club finished 12th. That put them just four points above the drop zone, with Airdrieonians taking the unfortunate final relegation place, whilst Celtic would soon be back on top.

The club rediscovered its mojo in the mid-1960’s, ending a fairly barren spell with nine consecutive top flight titles. Since 1965, Celtic have never finished lower than 5th, and since 1995, they have only finished first and second. In total, Celtic have won 50 top flight league titles, 39 Scottish Cups, 19 Scottish League Cups and one European Cup.

I said I wanted to make this seven varied, and since the continents of Europe and South America are already represented, in third place we head to Africa. Al Ahly are an institution of African and Egyptian football, widely regarded as the best supported team in Africa and officially the continents most decorated team.

Al Ahly were founded in 1912, but Egypt didn’t have a formal national league until 1948. Al Ahly won each of the first nine Egyptian Premier League titles, and in 2019 they won their 41st title. Nicknamed the Club of the Century, Al Ahly are the second most successful club in the world in terms of international trophies, with only Real Madrid able to exceed their tally of 20. At the time of recording, Al Ahly top the Egptian Premier League table with six wins from six games and two games in hand over the two sides below them, so it would be fair to say that there aren’t too many concerns about relegation this season.

River Plate’s relegation from the top flight of Argentine football featured in my recent video on 7 of the biggest shocks of the last decade, and heartbreak for River in 2011 along with relegation for Independiente in 2013 means River’s arch rivals Boca Juniors are the only Argentine club never to have tasted relegation. Boca were founded 114 years ago in 1905 by a group of Italian and Greek boys, and they didn’t start out in the top flight. However, since winning promotion in 1913, the club has never been relegated.

The league was expanded from 6 teams to 15 teams in 1913, and in their first season in the Primera Division, Boca finished 5th. Their first league title arrived in 1919, and Boca have been one of the most consistently successful football clubs on Earth ever since. They have won 33 Argentinian Primera Division titles, trailing only River Plate, and six Copa Libertadores titles, second to only Independiente. Relegation works slightly differently in Argentina to the traditional format European viewers will be used to, but with Boca currently second in the Superliga, any fears of relegation would seem a long way off.

In terms of football team who have never been relegated but didn’t feature in this seven, I should mention the likes of Olympiacos, Panathinaikos and PAOK in Greece, Besiktas, Fenerbahce and Galatasaray in Turkey and Atletico Nacional, Independiente Santa Fe and Millonarios in Colombia. In Northern Ireland, Cliftonville made the seven, but Glentoran and Linfield could also have done so. In Scotland, Celtic were the only inclusions, but they are one of two Scottish sides never to have been relegated along with Aberdeen. Spanish giants Barcelona and Real Madrid have never been relegated, along with the team who are about to feature in top spot, whilst Portugal’s big three Benfica, Sporting and Porto have all never been relegated as well.

There are three Spanish clubs that have never been relegated; Real Madrid, Barcelona and Athletic Club. The first two have dominated the Spanish game over the last century, and they made the honourable mentions, but in top spot in this seven we go with Athletic Club. More commonly referred to in Britain as Athletic Bilbao, Athletic Club are the third most successful club in the history of the Spanish game, and that is some achievement.

Football was brought to Bilbao by British shipyard workers from Sunderland, Portsmouth and Southampton, along with Basque students who were returning home having studied in Britain. In 1898, Athletic Club was formally created, but Spanish football didn’t have a national league up until 1929. Athletic Club were founding members, and in the inaugural La Liga season, they finished third, behind Real Madrid and Barcelona.

They won the next two league titles, and added two more before the Spanish Civil War in 1936. Bilbao came closest to suffering the ignominy of relegation in the 2006-07 season, finishing just one point above Celta Vigo in 18th. They had another poor showing in 2017-18, finishing 16th, but they were nowhere near the bottom three in terms of points. Athletic Club bounced back with an 8th place finish last season, and they’re up in 7th at the time of recording, with few fears of the drop this season at least. What makes Bilbao’s record especially impressive, as the third most successful team in Spain and one of only three never to have been relegated, is their insistence even to this day to only sign Basque-natives. Athletic Club has had an unwritten rule since 1912 that they will only sign Basque-born or Basque-raised footballers, a philosophy which has been praised for promoting local youth team players but also criticised as discriminatory, and it makes Bilbao something of an outlier in the European game.