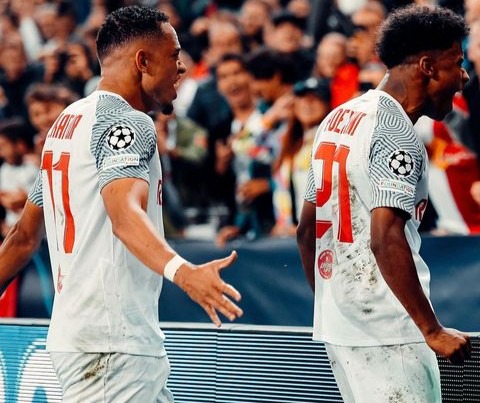 Two football young talents of Nigerian heritage, Karim Adeyemi and Noah Okafor have both been spectacular for Austrian Bundesliga Champions, FC Salzburg this season across all competitions.

These two are enjoying their bromance at Salzburg having been helping the team with their top notch delivery at the forefront so far this season which placed them at the top of the table with 11 points far ahead of the second place. 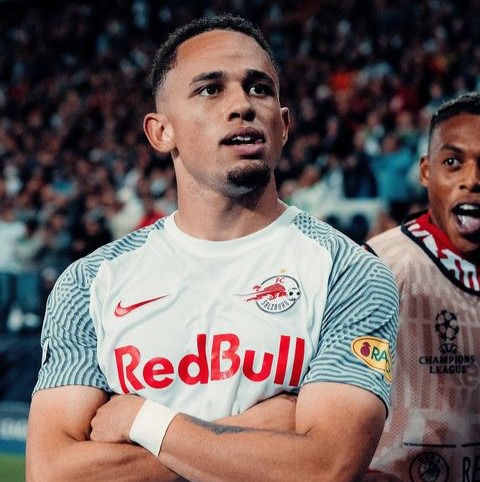 Karim Adeyemi who is just 19 years of age has been making case for himself with some great impacts to establish himself as one of the best of his generation having been attracting interest from top clubs in Europe with the likes of Barcelona, Liverpool, Arsenal, Real Madrid among others hoping to land him in the next summer.

The Nigerian-born forward opted to represent the German national team despite been born of a Nigerian father and a Romanian mother which ended the hope of been a Super Eagles prospect.

Noah Okafor who is just 21 years old on the other hand was also born by a Nigerian father and a Swiss mother and as such opted to represent Switzerland at the international level. 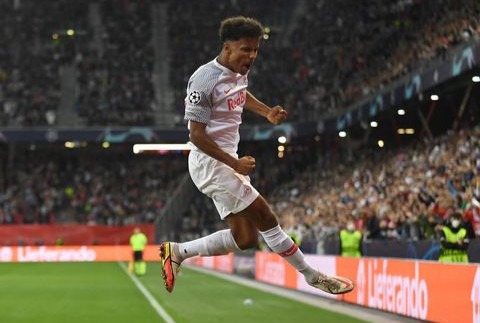 These two have both been firece and ruthless in the front of goal across all competitions for the Austrian Bundesliga club, with the two replicating their UEFA champions league performance in their 12th league game of the season played yesterday against Sturm Graz at the Red Bull Arena.

In their last European outing against Wolfsburg in the Group G ties where they won three goals to one, Noah Okafor in the game bagged a brace and was given the Man of the Match award with Karim Adeyemi netting a goal to make it three for the host while the only goal scored by the visitor was also from another Nigerian descent, Lukas Nmecha who is also doing pretty well for the German Bundesliga side Wolfsburg. 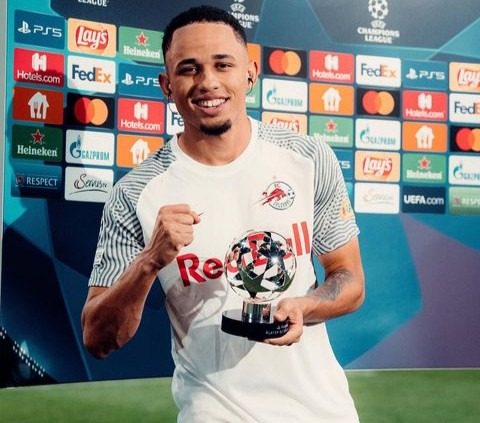 In their league game yesterday, the two football maestros yet again stepped up with another mind-blowing performance as Noah Okafor bagged a brace of assist and Karim Adeyemi netting a brace of goal, which contributed immensely to their four goals to one victory to extend their lead at the top of the table.

These two will surely rule the world of football should they keep the tempo going as they could probably make their way to top European clubs in the next season to keep their careers going. 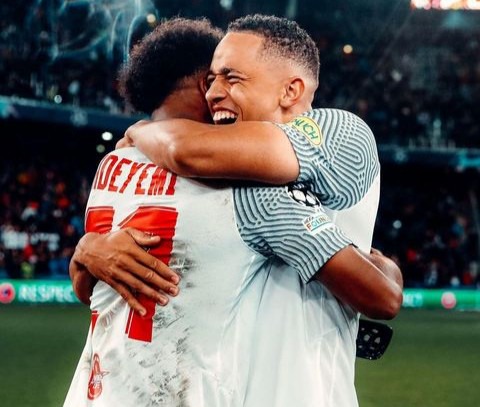