As many of you will know, it has been a somewhat turbulent season for Mikel Arteta's men, (of course beginning the season being led by Unai Emery), and although recent form has provided supporters with a glimmer of a bright future, this summer will be a crucial one, as all arsenal fans want one thing... SIGN SOME TOP CLASS PLAYERS. 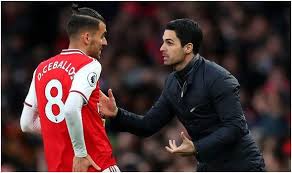 THOSE WHO NEED TO STAY!

As the picture above demonstrates, over the recent few games we have begun to see a shining relationship between Dani Ceballos and the boss, Mikel Arteta. This relationship appears to be accompanies by the improved performances from the young Spaniard, putting in a great display against Wolves, Leicester and even Tottenham, despite our rivals smash-and-grab win. It looks as though Dani is becoming a key figure in Mikel's plans, and it is looking as though his signature is of a greater importance than any others that may be coming to the club.

Now, all of this talk about Dani is great, but what are we without our main man, our elite finisher, Pierre-Emerick Aubameyang? The Gabonese striker has 20 premier league goals to his name this season, and recently became the fastest gunner to 50 goals, seeing off the likes of Highbury heroes Ian Wright and Thierry Henry. So without a doubt, if he cannot be convinced to buy into Mikel's vision and plans, Arsenal are going to have an extremely tough job to replace our main man...

In a recent interview, Mikel spoke out about the recent exclusion of Mesut and Matteo from the starting XI and even the bench, stating that players must be “100% committed to our culture”. Does this mean there is no future at the club? I'll look to explore this below.

Anyone who has watched Arsenal this season will know that our defence somewhat resembles that of a non-league side, rather than that of a so called 'Top 6' team. So let us start their, looking at the heart in mouth duo of David Luiz and Shkodran Mustafi. Despite our world cup winning German's recent spike in form, it is well known that he is prone to a costly mistake, which us arsenal fans have been subject to season after season. Combined with Luiz, the partnership provides a real lack of safety and assurance at the back, and in comparison to the recently crowned champions partnership of Virgil Van Dijk and Joe Gomez, we look to be miles off the top.

So with those two on their way, it is looking increasingly likely that £350,000 per week earner Mesut Ozil and French phenomenon Matteo Guendouzi may have played their final games for the gunners, after their lack of appearances in recent games. Whether there has been a falling out with the manager, or whether they are simply not meeting the attitude requirements set by Arteta we are none the wiser to, however the sale of these two, along with the duo of defenders previously mentioned, has begun to free up some budget, so who should we buy? 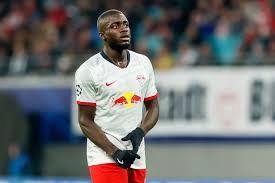 Upemacano the answer and is it Partey time?

Without a doubt, Dayot Upamecano has made a significant impact in both the champions league and the bundesliga for RB Leipzig, and with the champions league set to resume from the 7th of August, we are going to get a greater insight into this man's performance. A strong, commanding center back with confidence on the ball and an almighty presence, pairing him up with the likes of Pablo Mari or William Saliba may provide a stable spine for Arsenal to build on.

A further addition to this new 'spine' under Arteta could come in the form of Thomas Partey, the midfield stud in a defensively sound Athletico Madrid. We saw his qualities in their champions leave victory over Liverpool, as he proved what a gem he would be at a club in need of a dominant central midfielder to compliment the possession based abilities of Dani Ceballos. Although he would cost a pretty penny, the addition of these two players would certainly give the Arsenal fans something to get excited about. 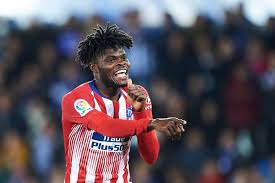 All in all, hope is not lost at Arsenal, and a few signings and dismissals could shape up the club nicely in the years to come, not to mention the plethora of young talent emerging, such as the likes of Bukayo Saka, Joe Willock and Gabi Martinelli. If Arteta plays his cards right, the future could treat us well...