Barcelona fans have ranked Marc-Andre ter Stegen as their best player ahead of talisman Lionel Messi in a poll conducted by Spanish daily Marca. This allowed fans to upvote and downvote players in comparison to their peers, after their loss to Osasuna in the penultimate game of the campaign. 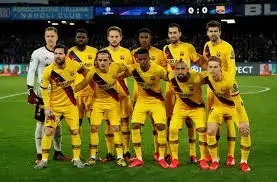 Barcelona season has so far been one of disappointment

Barcelona had a stop-start season in the La Liga, as they finished second behind champions Real Madrid with the final game of the season still to be played.

The Blaugrana were at the top of the table before the restart, but failed to capitalise on their lead as they drew, and surrendered their title as they lost to a 10-man Osasuna. 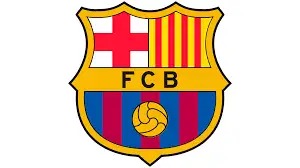 Former manager Ernesto Valverde was sacked in January even though his side sat at the top of the La Liga season, and new manager Quique Setién has so far failed to transition his side to his preferred style of football.

The Catalan giants await Napoli in the Champions League, as they seek to avoid a season without silverware for the first time since the 2007-08 campaign. 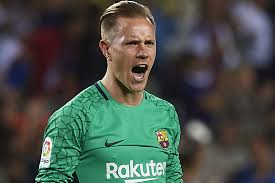 Marc-Andre ter Stegen's Number 1 rank might raise a few eyebrows, but the German has comfortably been one of their most consistent performers behind a leaky defence.

Considered by many as the best goalkeeper in the world currently, the former Borussia Mönchengladbach has continued his great form from last season averaging 2.2 saves in his games in the La Liga.

Lionel Messi, however, remains the torchbearer (among outfield players) of an underperforming Barcelona becoming the first player in the La Liga to score more than 20 goals as well as assist more than 20 in a single League season.