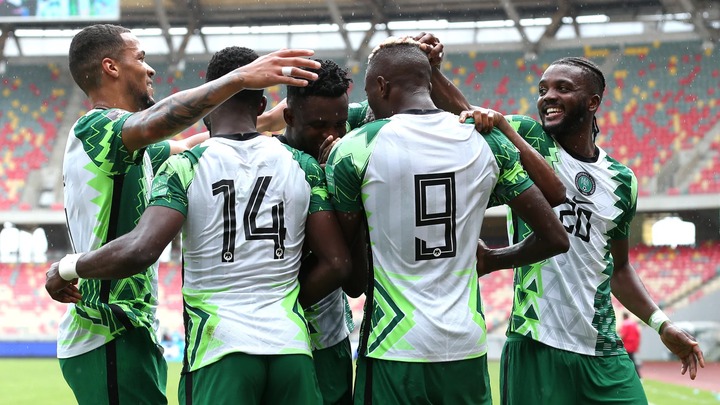 The African qualifying tournament for the FIFA World Cup Qatar 2022 resumes, with matchday four taking place across the continent.

On Sunday, matches were played across the continent.

Nigeria responded to their home shocking defeat on Thursday to beat the Central African Republic 2-0 at Atade de Japoma in Cameroon. Leon Balogun's 29-minute goal and Victor Osimhen's 45-minute goal gave Nigeria the needed goals to see off the Central African Republic and go top of Group C with 9 points. While in the other group game played at Stade Municipal Aderito Sena, Cape Verde pipped Liberia 1-0. Ryan Mendes scored in the 90th minute to give Cape Verde the much-needed win. This is Cape Verde's second win of the qualifiers so far.

In group E, At the St Mary's stadium in Entebbe, Uganda kept another clean sheet after a 1-0 victory over Rwanda. The victory means that Uganda has moved to 8 points from four matches. Mali beat Kenya 1-0 in the other group game played at the Nyayo National stadium. Ibrahima Kone's 55-minute goal gave Mali the win to top the group with 10 points.

Elsewhere in Lusaka, Zambia played out a 1-1 draw with Equatorial Guinea at the National Heroes stadium. In the other group game, Mauritania held Tunisia to a goalless draw at Stade Olympique, Nouakchott. Tunisia now tops group B with 10 points After four matches played.

In the group J encounter, Tanzania pipped Benin Republic 1-0 at Stade de L'Amitie General Mathieu to top the group with 7 points and closely followed by the Benin Republic also on 7 points. While at Stade Kianja Barea de Mahamasina in Antanarivo, a goal from Rakotoharimala gave Madagascar a 1-0 victory over DR Congo. This is Madagascar's first win of the qualifiers haven't lost three of their previous matches. They currently sit at the bottom of the table with 3 points.