By GlamourNews (self meida writer) | 1 months 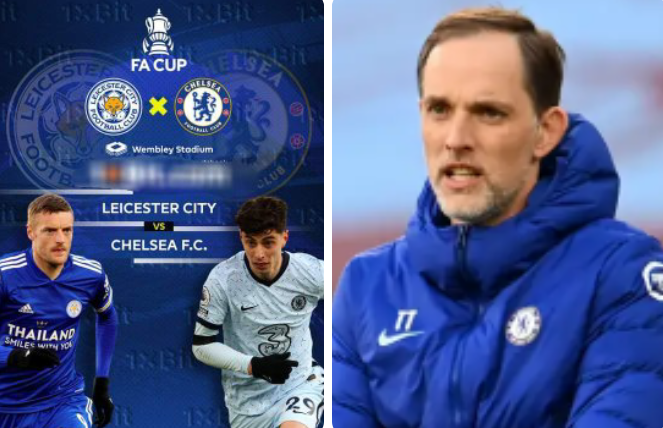 In what seems to be a disappointing night for Chelsea, a keenly contested Emirates FA Cup final in which the blue side dominated play all through, Thomas Tuchel the Chelsea gaffer lost a match which would have eclipsed a glorious season for North London club.

The match was lost tactically where the gaffer's gamble failed to materials in these key areas.

1. Starting Kepa in goal: The most expensive goalkeeper has had it rough since arriving North London from Spanish club, Athletic Bilbao, the Spanish number two has failed to make a convincing status that matches his prize tag. The announcement by Thomas Tuchel to start the man(because he was the one who played from the start of the FA Cup) ahead of the Senegalese goalie, Eduoard Mendy didn't go down well with the fans pointing his shabolic stats since Lampard's era. Most will argue that despite the shot by Youri Tielemans, Kepa was supposed to keep that out but as it is known, the Spaniard is not good at keeping out high shots due to his height coupled his reflexes not being good enough and his dive never coherent especially with his hands.

2. Keeping Werner and Ziyech on for long: The first half of the game had Chelsea with all the possession but there was little or no incisive passes to break Leicester city's defence. Ziyech kept wiping in crosses into empty areas and wasn't really into the match; Werner too wasn't effective and the duo would have been hauled off at half time to make ways for other attack minded players in Havertz and Christian Pulisic.

In a drift, Jorginho was at fault for not running up to Tielemans but calling Thiago Silva from behind to desrupt the Leceister man.

Tuchel would have started with Mendy(starting Kepa was a huge gamble) in goal alongside with Pulisic on the flanks. Werner would have later been hauled off for Havertz in second half. In this match, Tuchel lost it with his team selections and bad timing of substitution baring the incident which led to the goal by Leceister where a call for handball was overlooked.

Content created and supplied by: GlamourNews (via Opera News )