20 facts about the game of football you hardly know, number 12 is unbelievable

By ourrep (self media writer) | 2 years ago 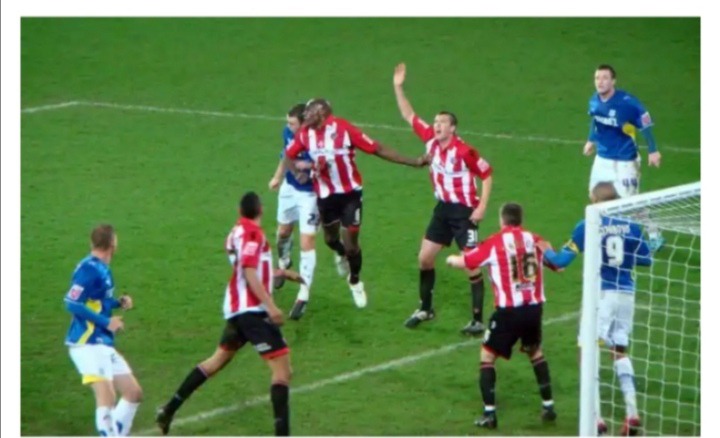 Football is the world’s most popular game n the world. It combines 3s such as strength, speed, and skills. Even if you are hearted fan of football, there may still be many things that you don’t know about this sport. They are:

2. The fastest goal in the game of football was score by Ricardo Olivera within 2.8 seconds in December 1998.

3. While on the pitch, a football players run an average of 9.65 km during every game

4. Mark Hughes once played for Wales and Bayern Munich in the same day

5. Arthur Wharton is considered the first black professional footballer in the world.

6. Football is refer to as soccer in Canadian and American

7. The maximum number of goals ever scored was by Stephan Stanis (France) in December 1942.

8. The football hall of fame is situated in Canton, Ohio.

9. The first ever game of Basketball was played with a soccer ball

10. The largest football stadium in the world is Rungrado May Day Stadium in North Korean

11. The most watched and most played sport on earth is football

12. Keith Gillespie cane in as a substitute for Shelffield United and received the fastest red card with 0 second by swunging his elbow at Reading midfielder Stephen Hunt

13. Pakistan is consider as a country that produces the highest number of football with 80% of the world football production

14. Josef Bican have the world record of the highest goal scorer in the history of football with over 805 goals

15. The maximum number of goals scored by one player in a single Football match is 13 by Archie Thompson against American Samoa in Australia's 31–0 victory during the 2002 FIFA World Cup qualification.

17. Zlatan Ibrahimovic has played for six clubs that have won the Champions League, but he has never actually won the trophy himself. He played for Ajax, Barcelona, Inter, Juventus, Milan, Man United and return to Milan.

18. In 2002 World Cup, Oliver Kahn became the first and only goalkeeper to win the Golden Ball.

19. Until 1913, Goalies did not wear different colored shirts from their teammates.

20. A referee’s call during a football match in Peru caused a riot that killed over 300 people and injured over 500 people in 1964.

Content created and supplied by: ourrep (via Opera News )