Top 5 players with the most UEFA Champions League appearances

By KlassicSports (self media writer) | 4 months ago

A lot of players have wowed us with their performances in the UEFA Champions League and they have made good appearances in the competition. 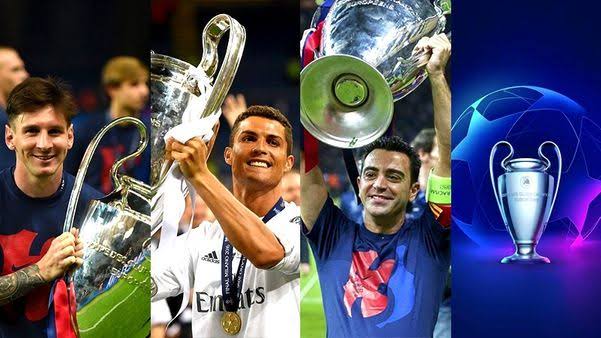 The UEFA Champions League has housed the best of teams from different parts of the world and every season of this league brings us a handful of uprising footballers.

Top footballers have created history beyond our imagination in the UCL and that's what I will be writing about in this article.

With that, let's take a look at the top 5 footballers with the most UEFA Champions League appearances so far.

Raul is one of the most-decorated Real Madrid players ever. He has won every title and record to his name with Real Madrid before Cristiano Ronaldo moved into the club.

Raul Gonzalez has played in 130 games for Real Madrid and 12 for Bundesliga team Schalke, taking his tally to 142 appearances in the UEFA Champions League.

He has a UCL record of 134 starts, 71 goals, and 14 assists for Real Madrid and Schalke 04. He also won three UEFA Champions League titles with them.

He is still the second most goal-scorer for Real Madrid in the Champions League with 66 goals.

He marked his 150 appearances in the UCL with PSG against Club Brugge. I must say that with a lot of youth and energy still in Messi, you can expect him to climb up the table of players with the most UCL appearances so far.

PSG signed Messi and the Persians are also in the UCL competition this season which means that Messi will add more numbers to his UCL appearance before he retires.

Just like Messi, Xavi has won four UEFA Champions League titles with Barcelona and he is the only player in my list who has played all of his games for a single club.

I must say that he is one of the best players Barcelona ever had. He made 151 UEFA Champions League appearances and also won UCL top assist provider and the UEFA Club Midfielder of the Year awards.

Casillas holds the record for the goalkeeper with the most clean sheets in the UEFA Champions League.

Ronaldo equaled Iker Casillas' record just last week as the player with the most UCL appearance.

Ronaldo has dominated the UCL ever since he started playing in the league, his consistency has even made his fans jokingly rename UCL as the UEFA Cristiano Ronaldo League.

He added one more number to his UCL appearance last week against Young Boys. Ronaldo has played 53 UCL matches for Manchester United, 101 for Real Madrid, and 23 for Juventus 23, which is a total of 177.

He also holds fantastic records in the Champions League.