By Vashh (self media writer) | 2 months ago

Kevin De Bruyne surprisingly escaped a red card punishment for his tackle on Idrissa Gueye in the UEFA Champions League game yesterday. The referee awarded the Belgian a yellow card despite the horrific nature of the tackle. 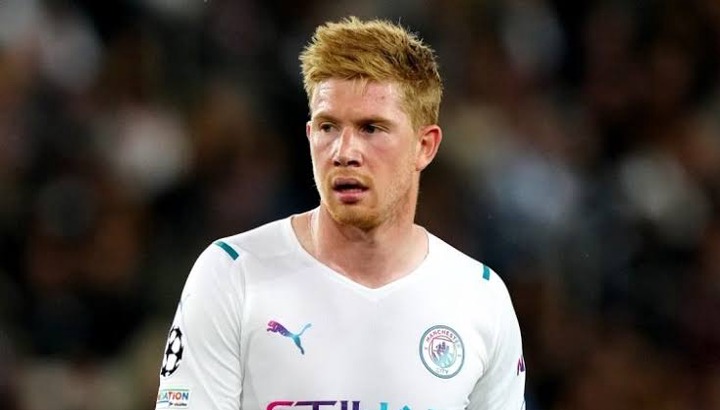 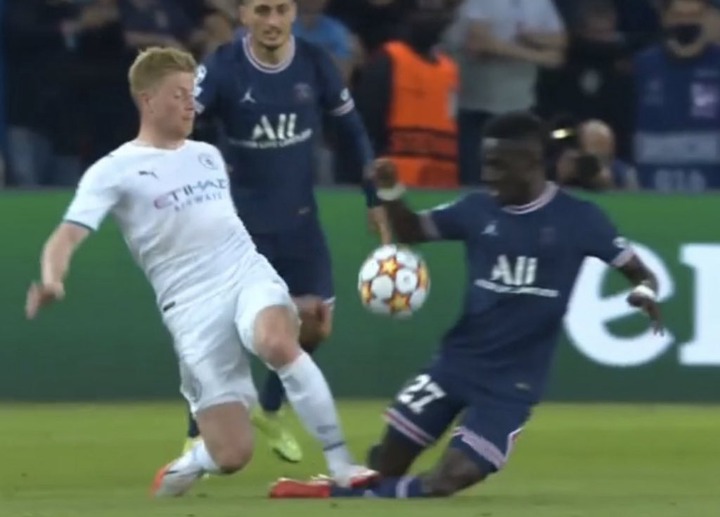 Another reason why his tackle deserved a yellow card and not a red card was because De Bruyne's boots and studs were facing downwards. It shows that there was no vicious intent behind his desire to win the ball. Coupled with the fact that Gueye's leg was on the floor in a horizontal position, De Bruyne received the appropriate punishment. 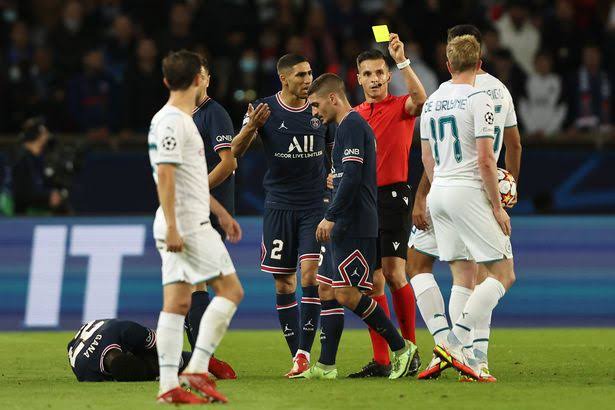 Some fans argued that Kevin De Bruyne should have received a red card for the foul. They used Aaron Wan-Bissaka's red card against Young Boys as an example of partial refereeing. Wan-Bissaka was sent off for a rough tackle on a Young Boys player during the Red Devils' first game of the UCL season. 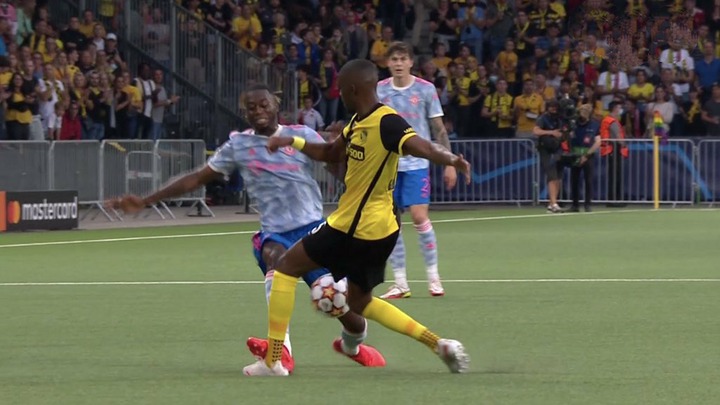 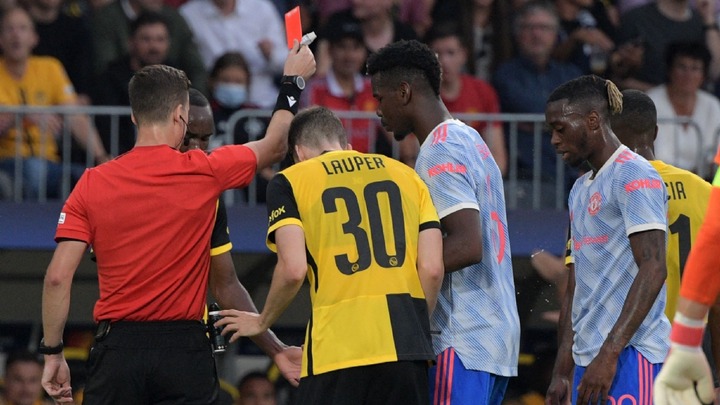 It is important to note that any referee could easily commit an error while trying to judge the situation. This is where the Video Assistant Referee comes in. Although there have been some controversial calls by the VAR in the past, it is still efficient in spotting little differences in fouls during a match.