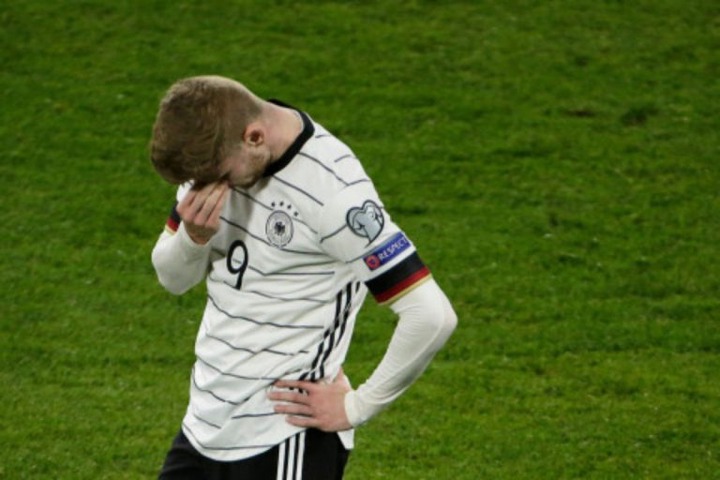 Not many in the football world would ever have expected football minnows North Macedonia to get a victory over Giants Germany, especially on Germany’s home soil, but it happened.

Minnows North Macedonia, defied the odds to beat Germany 2-1 in Duisburg, and Chelsea German striker, Timo Werner, didn’t give a good account of himself in that game. The 25-year-old attacker shockingly missed a glorious chance from 8 yards, a chance that should have given Germany the lead.

The Germans did eventually concede a late goal and seal a rare World Cup qualifying campaign with a defeat.

Meanwhile, North Macedonian fans were very excited with the victory, which led to great celebration in Macedonia. Infact, One local newspaper handed Timo Werner a North Macedonian citizen’s identity card to thank him for the several missed chances. 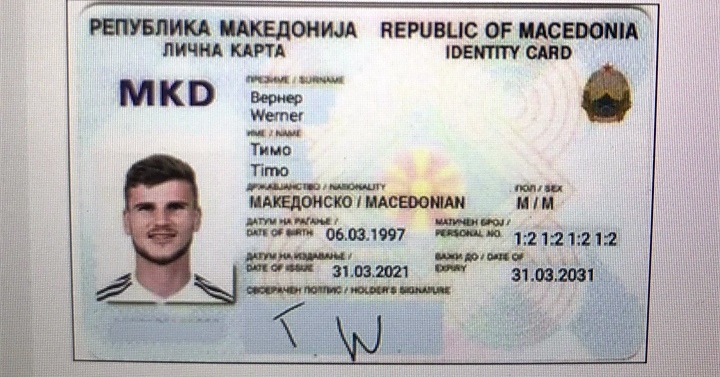 Speaking immediately after the defeat, Germany boss Joachim Low was particularly left sad and unimpressed with the big miss by Timo Werner.

When Low was asked about Timo Werner’s miss after his side’s defeat at home in Duisburg, Low said: “He definitely should have put that ball away, no question at all.

“Werner has shown here he can score goals.

“The problem was he didn't hit the ball right with his left foot and if he had made a clean contact with the ball, it would have been a goal.”