If there was a word to describe the previous window, “Homecoming” seemed appropriate. After a difficult spell with the Toffees, the Old Ladies look to resurrect the career of their former wonderkid, Moise Kean; Antoine Griezmann, the once prodigal son of Atletico Madrid, returns to the Wanda Metropolitano, seeking reconciliation with those he had broken.

In the Premier League, Lukaku reestablished himself as one of the league's leading scorers, this time in the blue of his boyhood club. Not to mention Cristiano Ronaldo, who was reunited with the theatre of dreams, where his prestige was first endorsed and his dreams began.

Liverpool's transfer activity was not as active as their counterparts', with only Ibrahima Konate arriving. With the return of Virgil van Dijk and co., the team may not have needed to be strengthened, but the fear of potential injuries and a lack of squad depth is still fresh in their minds. As a result, the decision to keep Wijnaldum and Shaqiri on the team is viewed as a recipe for disaster. Having said that, Anfield has welcomed the return of their very own wonderkid in a summer of homecomings. Harvey Elliott, 18, has returned from a successful loan spell at Blackburn and appears to be the ideal replacement for Wijnaldum in the midfield.

Scott Parker gave Elliott his Premier League debut, making him the league's youngest player (16 years and 30 days) since its inception.

That record, in and of itself, demonstrates his maturity and talent beyond his years. Scott Parker's recognition and approval, who has seen it all throughout Elliott's playing career, speaks volumes about the vast potential Elliott possessed even as a schoolboy.

He'd been a Liverpool fan since he was a child, so when his contract at Fulham expired, there was only one place he'd go. Despite his unfortunate circumstances, he can now call himself a Liverpool first team player at the age of 18, but he still has a long way to go.

Elliott has mostly played as a winger in his short career. Despite this, he is an inverted winger rather than a traditional winger. He'd start on the right and cut inside to central spaces, carving out passes rather than crosses with his stronger left foot. Elliott had 7 goals and 11 assists in 41 appearances last season, the majority of which came from the right flank.

This season, there appears to be a shift in Klopp's system and Elliott's development plans. 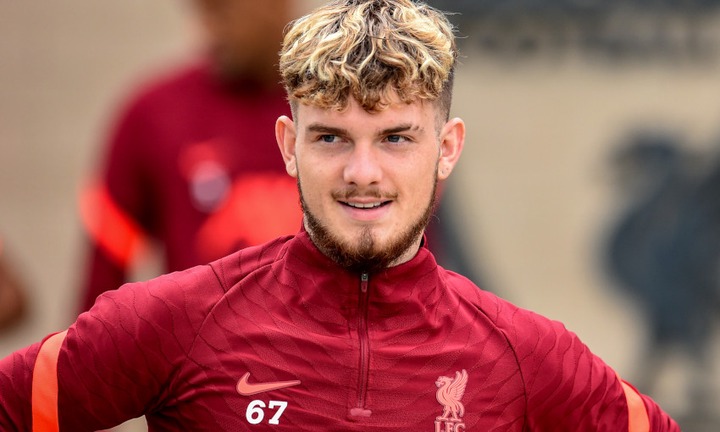 With Wijnaldum gone, Klopp may have been forced to turn Elliott into a 'Mezzala,' a midfielder who constantly drifts wide or into the half-spaces.

What began as a pre-season experiment has proven to be an excellent replacement for Wijnaldum and Shaqiri.

Unlike traditional midfielders, Elliott would frequently receive the ball in the right-half of the pitch, where he has been most effective during his loan spell at Blackburn Rovers. The majority of his passes are also made in half spaces, frequently finding the feet of Salah and Alexander-Arnold.

Elliot and Alexander-Arnold constantly switch positions, which confuses opposing defenses. When Liverpool transitions, Elliott's wide position allows Trent-Alexander Arnold to exploit a more central area of the pitch rather than the flanks.

Furthermore, Elliott's positioning on the flank diverts the fullback's attention away from Alexander-Arnold. This allows him to be free of his defender and have more time to make delicate passes into the box from the right-half spaces.

Such a combination has already been seen in the league. Klopp's brilliant set-up resulted in the goal against Burnley. Elliott receives a long ball from van Dijk near the touchline, diverting Taylor's attention away from Alexander-Arnold, who arrives unmarked at the half-space. 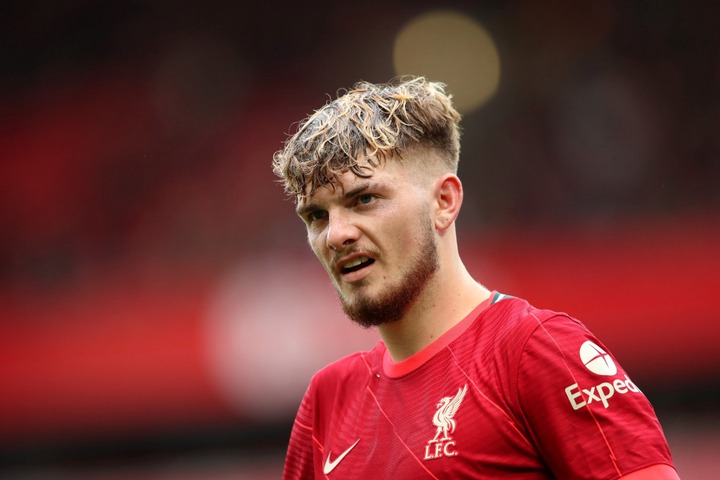 Elliott plays a simple ball to his right-back, and Alexander-Arnold is able to play a beautiful ball to Mane, who scores.

Mane's goal comes from Elliott in a wide position, which creates space in the field for Alexander-Arnold to use Eye of a Needle.

Playing Elliott in a more central position rather than a wide forward position would allow him to play more incisive passes forward to Salah. Despite being only 18 years old, the teenager oozes class in his technique, possessing an eye of a needle pass in his repertoire unlike many others his age.

Harvey Elliott is the 5th most threatening passer in the Liverpool squad this season, with a total of 0.43 Expected Threat accumulated from his passes.

Harvey Elliott's work ethic is perhaps his most underappreciated quality. Elliott is one of Liverpool's most important transitional outlets. When there is space ahead of him, the prodigy always looks to drive his team forward. He'd drop deep to receive the ball and charge up the field, propelling the team forward before releasing a simple pass. 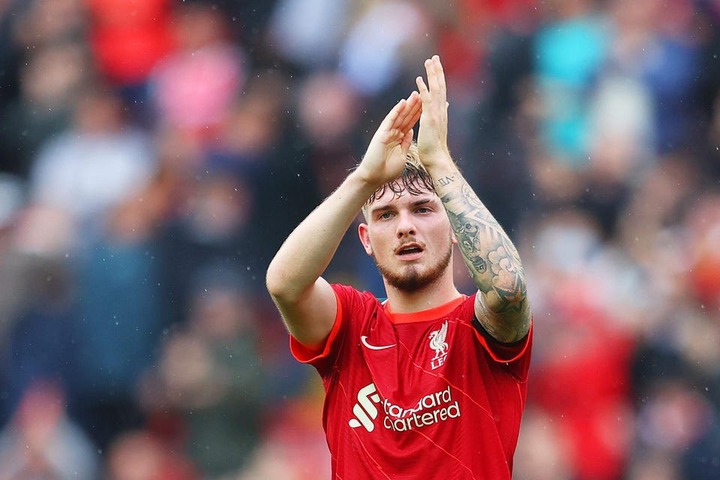 Nonetheless, when it comes to taking on players in 1v1 duels, there are obvious flaws.

Despite spending the majority of his career as a winger, Elliott was never a prolific or high-volume dribbler. There is no doubt about his technical ability to slip past players in tight situations, but at 5'7 ft, his small frame is frequently a disadvantage when facing stronger and faster defenders in the league. According to the graph below, he has attempted nine take-ons but has only completed one.

When faced with defenders 1v1, Elliott chooses his battle wisely, manipulating the ball before passing it back to his teammates.

Perhaps this is a sign of maturity, choosing the safe option of retaining possession over fighting a losing battle. Nonetheless, it is an issue that must be addressed.

Initially beating Rudiger, but he hesitated and chose a safe pass back.

Elliott's reluctance to use his right foot has cost Liverpool crucial chances in some instances. The game against Chelsea is a perfect example of this. Instead of taking it to the byline for a cross, Elliott looked to cut in with his left as he approached the box.

This eventually causes a delay in play, giving Alonso time to get back into position to make a tackle. A potential opportunity squandered, but something Elliott can work on in the future. 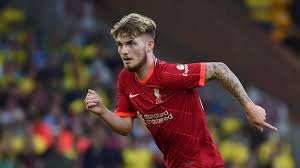 Liverpool lost a good chance because he was hesitant to use his right foot or be more direct.

Despite forming Liverpool's new attacking quartet with their attacking trio, Harvey Elliott is not without defensive responsibilities. Elliott has elite levels of fitness for an 18-year-old, providing not only an outlet on the attack but also defensive cover to win the ball back immediately.

Elliott has accumulated 24.44 Pressures per90 this season, compared to other midfielders, with 18.8 of the pressures occurring in the middle and attacking third of the pitch. In fact, only Keita and Gallagher are under more pressure higher up the pitch than the teenager. The inclusion of Keita may be indicative of Klopp's Gegenpressing system, and more importantly, the defensive duties upheld by Liverpool's midfield.