By Gwin4real (self media writer) | 1 month ago

Portugal and Manchester United legendary attacker, Cristiano Ronaldo is currently not with Manchester United squad for their preseason tour, as they United publicly stated that this was due to 'personal reasons'. 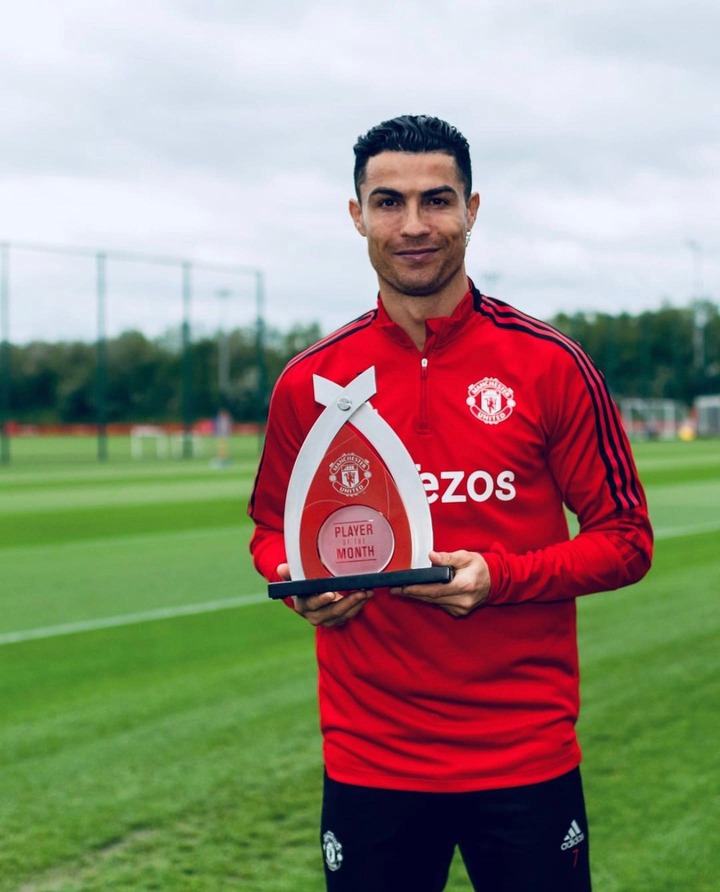 However, the Portugal national team captain has taken to social media to share a photo of himself working hard in his gym ahead of the upcoming season. 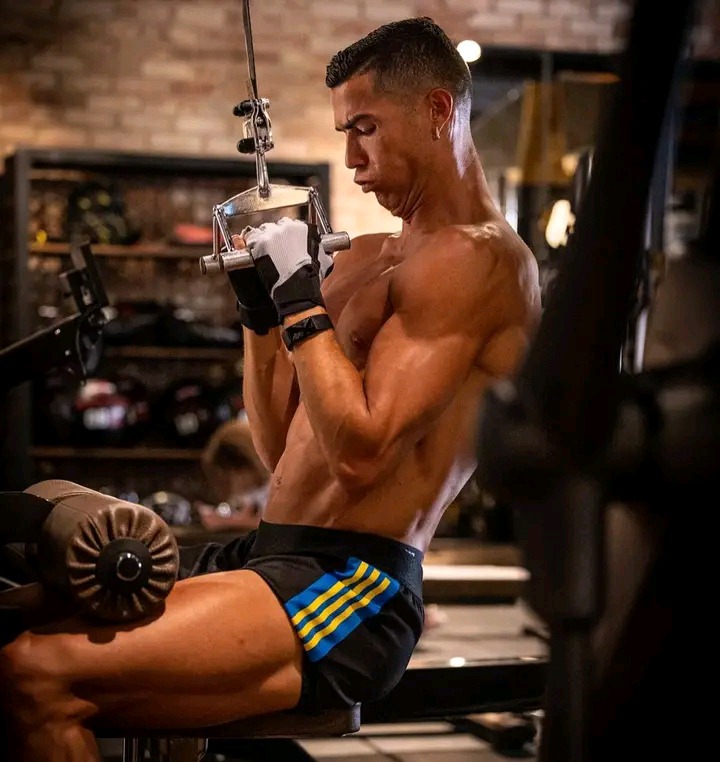 Cristiano Ronaldo posted on Facebook: "HARD WORK 💪🏼" alongside a photo of himself in his gym. 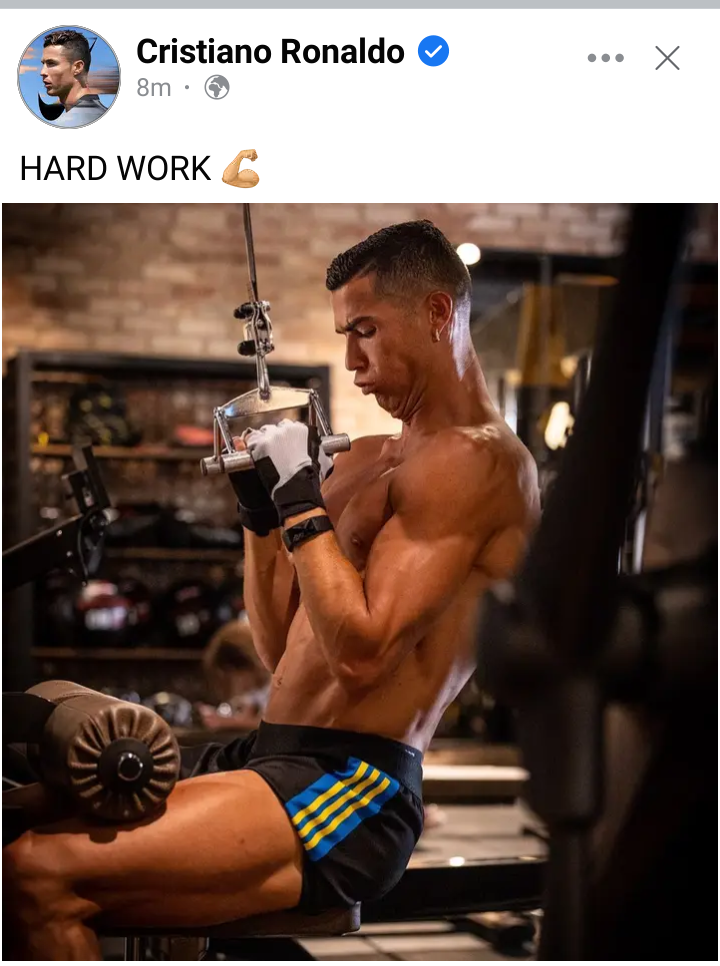 This Facebook post from Cristiano Ronaldo working hard in his gym ahead of the upcoming season has attracted reactions from fans, as some have called him King while some said he's the best player in the world.

Here are some screenshots of reactions from fans: 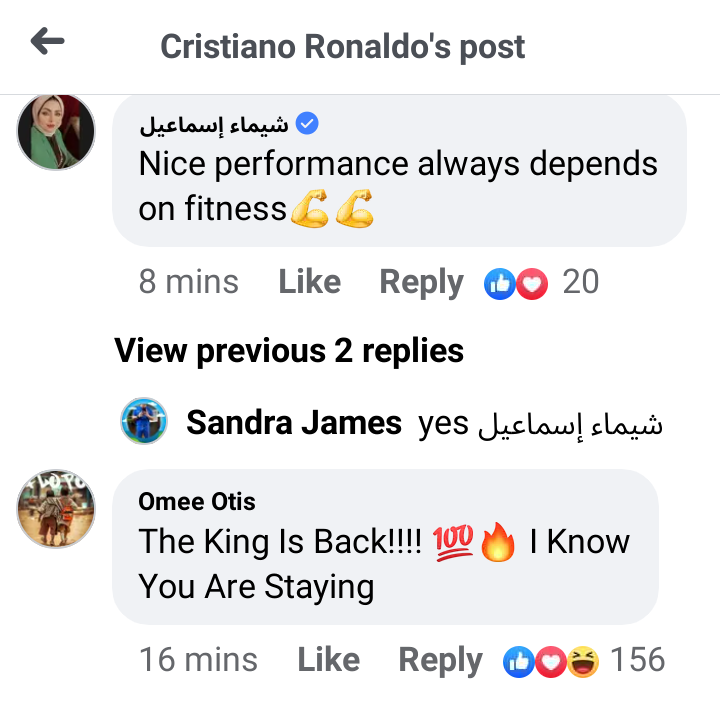 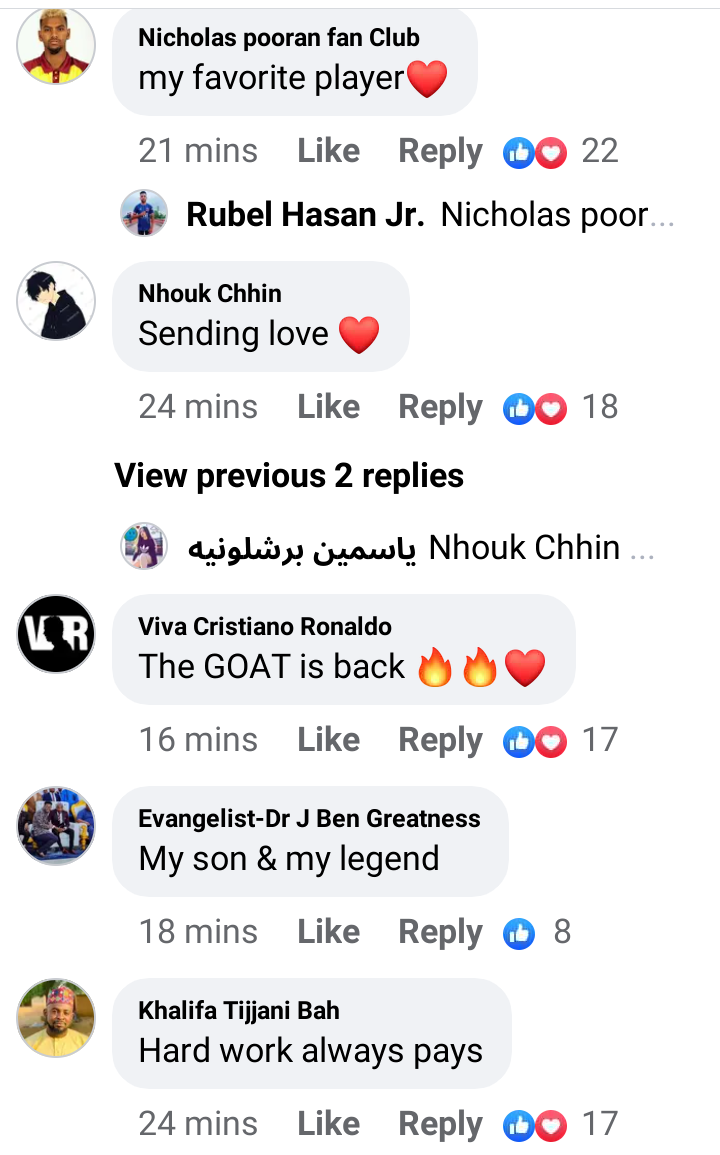 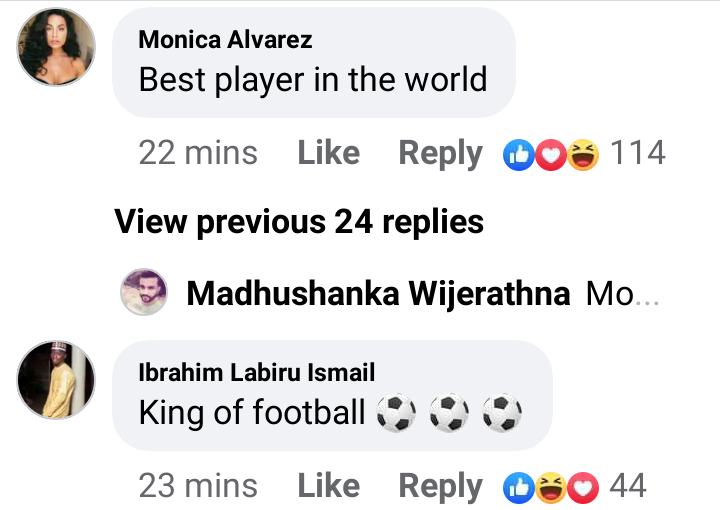 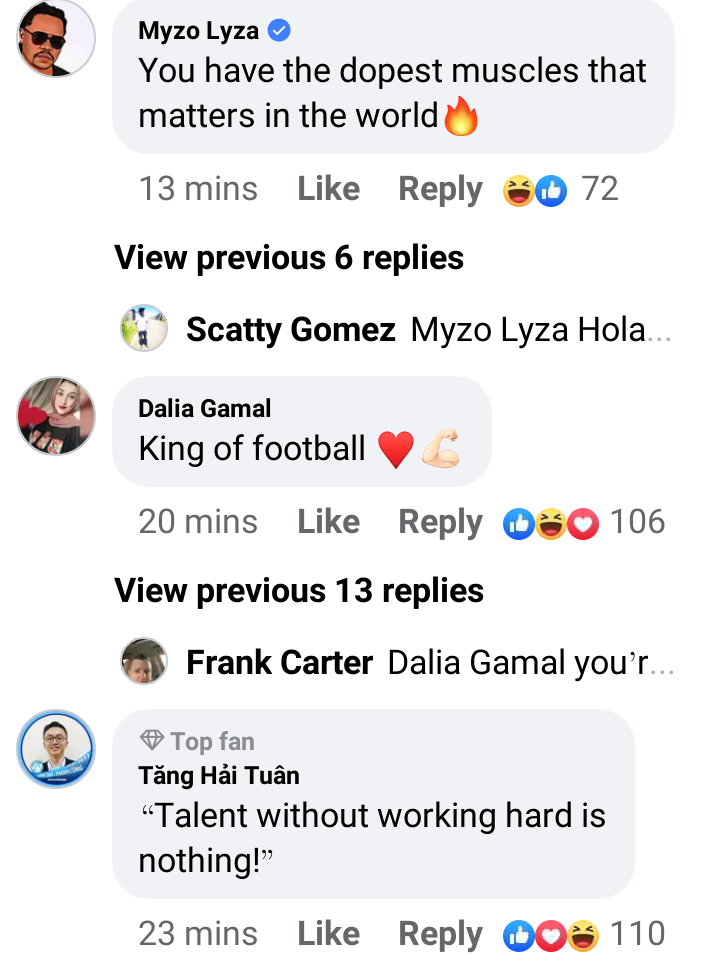 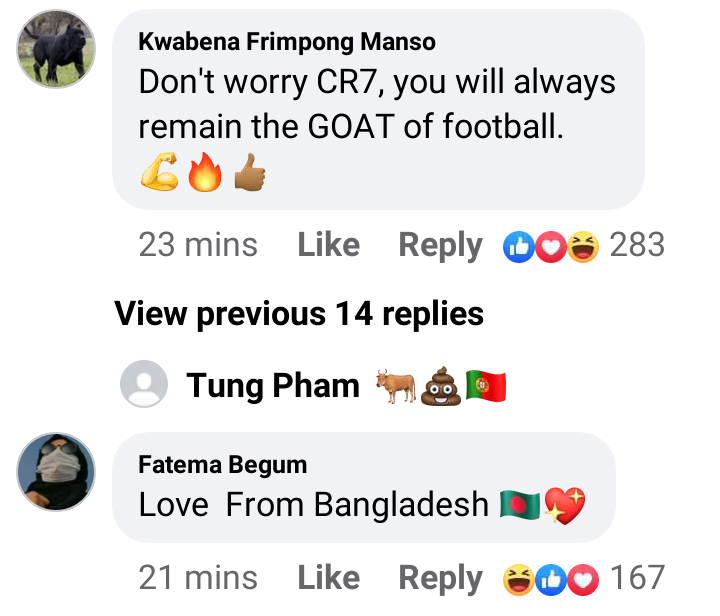 Manchester United new manager, Erik ten Hag reiterated that the Portuguese attacker is not for sale and is in his plan for the upcoming season. 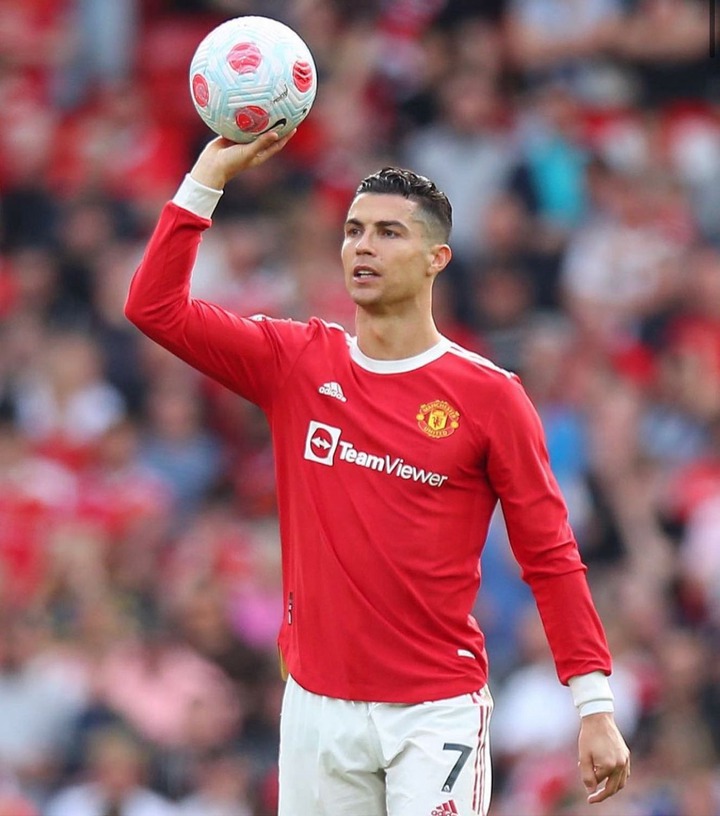