OPINION: Juventus Could Be Playing In The Europa League And I Am Very Happy About It

By LaVictoria (self meida writer) | 1 months

On Sunday, the world was graced with the smooth way AC Milan destroyed the almighty Juventus (who in case you have forgotten, won the Serie A title about 8 or 9 consecutive times), with 3 unreplied goals, in the home stadium of the Italian giants. This spectacular display forced the former champions to occupy the 5th position on the Serie A table, leaving them out of the Champions League position in the meantime, and making it more likely for us to see the former champions play Thursday Night Football, in the Europa League. 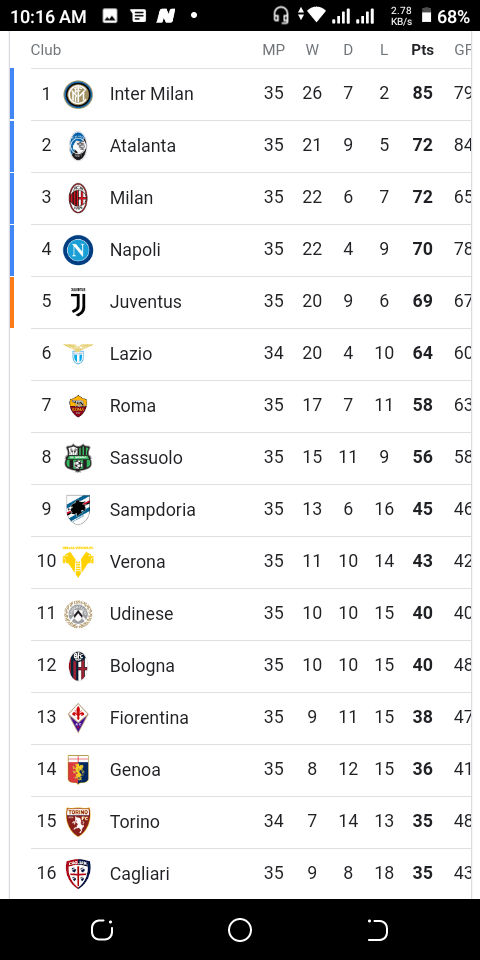 A couple of people might react in the negative concerning my thoughts about this possibility, but I'll express my happiness and excitement about the possibility that Juventus might be playing in the Europa League. You see, it's very likely that this might be the case, as there are only 3 matches to go until the end of the season, and with the callibre of teams Juventus will have to face, dropping of more precious points seems like a gargantuan possibility. 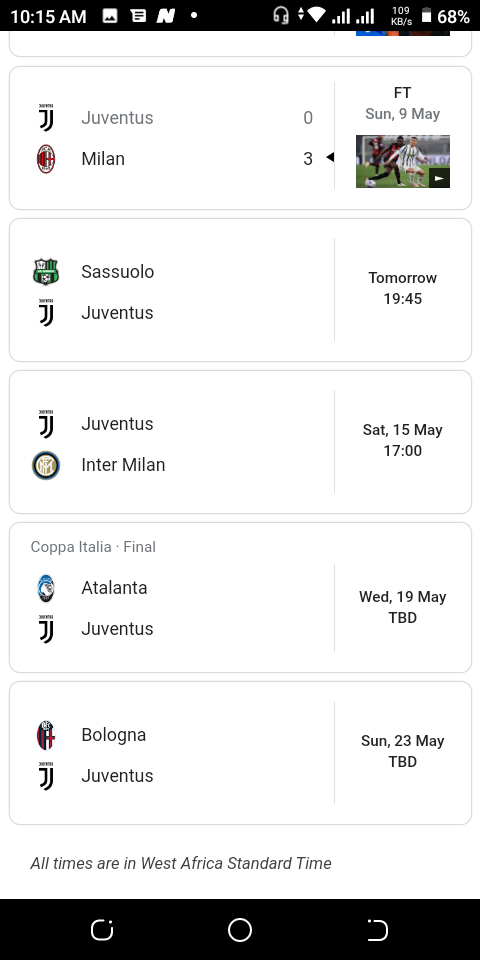 As you can see, Juventus have Sassuolo, Bologna and the brand new Serie A champions Inter Milan to face, before the season comes to an end, and they certainly have their work cut out for them. For starters, although Inter Milan have been crowned champions of Italy, I really don't think they will take the match with laxity. In fact, it will be a further cementing of their dominance, as well as another slap in the face of the former champions, if Inter Milan was to defeat Juventus, and cost the former champions a place in the Champions League.

Don't write off Sassuolo as a meager club. As a matter of fact, they currently sit 8th on the table, and if they defeat Juventus, it will boast their chances to qualify for the Europa League. Yes, Juventus will be equally desperate, but you can take that match to be the match of desperation between two clubs, and it will definitely come down to who wants to go to Europe more. I agree that Juventus have  the advantage going in, but it is still possible that they drop points there too.

Yes, Bologna is a mid-table team, but the Juventus team might be feeling discouraged and their momentum would have been greatly damaged with the fact that the former back to back to back (an more backs) champions, are now struggling to qualify for the Champions League. 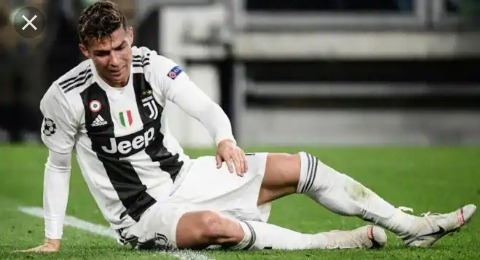 But then there's the European Super League. Juventus refused to withdraw, so there is a possibility that they face punishment for their complicity. Nobody knows what form the punishment will take, but it could be a ban or suspension from European competitions, which will mean that they could still not qualify anyway.

However, it's still possible that Juventus could play in the Europa League, and I am very happy and excited.

Obasanjo Contributed To Nigeria’s Crisis Through His Actions – Femi Adesina

"I Did It Due To What Happened On October 20, 2020"- Model Who Held Blood-Stained Flag Speaks Out

“Why would a Northern group place a ₦100 million bounty on Nnamdi Kanu’s head?” - Omokri asks