A football club's legend is a footballer who have used his talent to achieve great feat, stood by the club and created good connection with the fans.

Victor Osimhen last night scored the only goal as Napoli defeated Torino by a lone goal in their Italian Seria A fixture. The victory makes it 8 victory out of 8 for the club side.

With this consistency, Osimhen will soon enter into legendary status at Napoli just like Maradona, Careca and others. 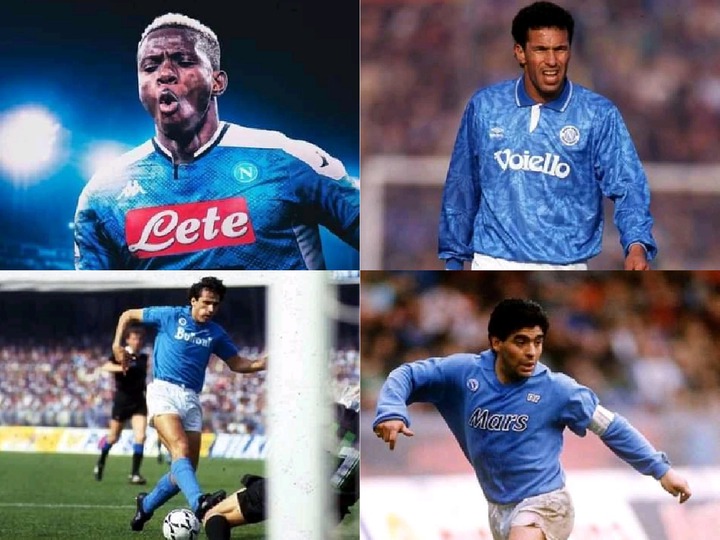 Italian Seria A club, have had great legendary players in the past but a few can ever be compared with the late Argentine legend, Diego Maradona, Italian football player, Andrea Carnevale and Brazilian striker, Antonio de Oliveira Filho popularly known as Careca.

Napoli idolises these 3 football players because they led them to their 2 Italian Seria A victories and UEFA Cup trophies.

Maradona and the other two legends played for Napoli between 1984 to 1993. These years represented one of the best periods in Napoli history.

Napoli has won only 2 Seria A title in their history and it was won during this period with Maradona, Careca and Carnevale leading the push.

There first Seria A trophy was won in the 1986/1987 season. And Maradona and Carnevale scored 10 goals each in their pursuit for victory. 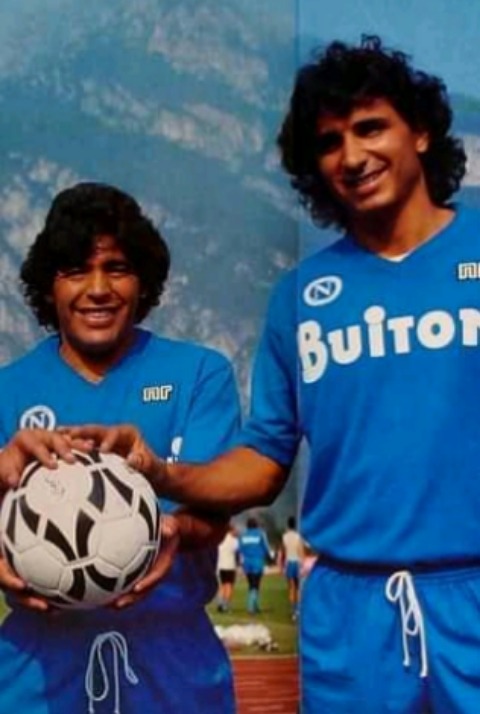 The second was secured in the 1989/1990 season. And Maradona scored 16 goals while Careca scored 10 goals as they led them to victory. 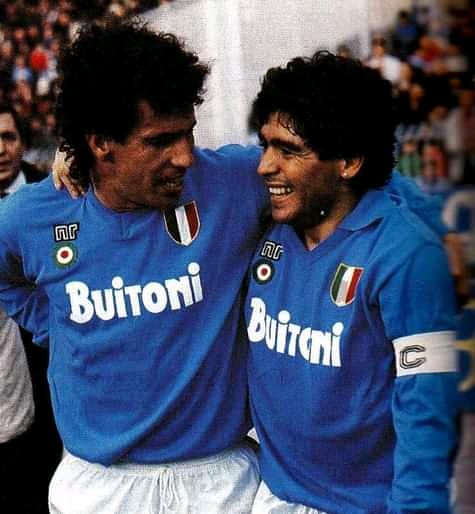 The club also won their only UEFA Cup also known as Europa League in the 1988/1989 season by defeating German Bundesliga club, Stuttgart in the final by 2 goals to 1. Goals for Napoli were scored by no one else but Maradona and Careca.

Currently Victor Osimhen has scored 8 goals in 9 matches played across all competition. Gradually he is winning the Napoli fans over and by the time Napoli will probably win the League, his name will be written alongside Maradona and other club's great players.