Kano Pillars reject, Gambo Mohammed, back with a bang

By OjeksAikhoje (self media writer) | 3 years ago 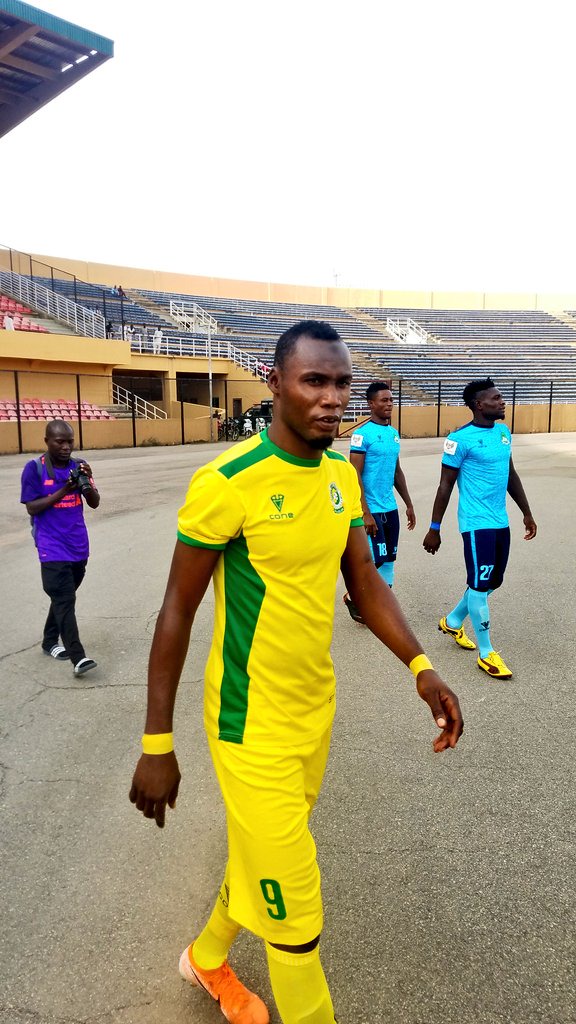 Kano Pillars reject, Gambo Mohammed, back with a bang

Rejected by Kano Pillars, a club he spent over a decade with in the Nigeria Professional Football League, club legend, Gambo Mohammed, scored and created an assist for his new club, Katsina United, on match day five to confirm he is still in the business of goalscoring.

Mohammed made his debut against Enyimba and has also played against Nasarawa United.

From hero to zero at Pillars

Mohammed arrived Pillars from defunct Buffaloes and worked his way to become a club legend.

He won three Nigerian titles and his goal scoring feat made him a cult figure amongst the fans.

Mohammed not only received hard tackles, but also received bullets for Pillars as he was one of those who suffered injuries when armed robbers attacked the team's bus on their way to a match, in March 2015.

However, everything he worked for at Pillars crashed last season.

“I left Pillars because of the coach, who stopped using me.

“We came to Lagos for the NPFL PlayOffs last season, he didn’t use me in any of the matches. I was on the bench during all five matches,” he said to @OperaNewsHub.

Pillars qualified for the 2019/20 CAF Champions League and like every player Mohammed looked forward to the tournament with great commitment.

He said: “I played the first leg against Ashanti Kotoko and scored a goal. I continued to score goals as we intensified preparation for the second leg. However, my friends were shocked to realise I was omitted from the second leg.

“In fact, people who saw me in Kano kept asking why I didn’t make the trip to Kumasi.

“I decided it was time to move elsewhere to salvage my career when he left me out of the squad for the trip to Kumasi.” When the chance came to switch to neighbours Katsina United, Mohammed wasted no time to grab the opportunity.

He said: “The offer came at the right time because I needed a solution to my problem. Pillars felt I was not good again, but Katsina United showed me love. I have played 90 minutes football here and ready for more.

“Now, Ï play without pressure and problems. I am very happy here and it makes me remember my early days at Pillars.”

For a player who earned legendary status at Pillars, offers will not be in short supply.

“Enyimba and Rivers United were shocked to know about my presence in Katsina United. Officials of both clubs revealed their interest and wondered why my representatives didn’t reach out,” he stated.

Sadly, since their exit from the CAF Champions League, everything has gone wrong for Kano Pillars.

Playing behind closed doors without its 12th man, Pillars have managed just one point from three matches and still searching for their first goal.

It was a goalless situation against Rivers United and Wikki Tourists at home and a home loss in-between both games to Lobi Stars.

Despite his forced exit, Mohammed hopes the club overcomes this hurdle to contend for honours.

Worried by the home defeat, Pillars management issued a three-match ultimatum for Ibrahim to turn around the fortunes of the team.

Content created and supplied by: OjeksAikhoje (via Opera News )