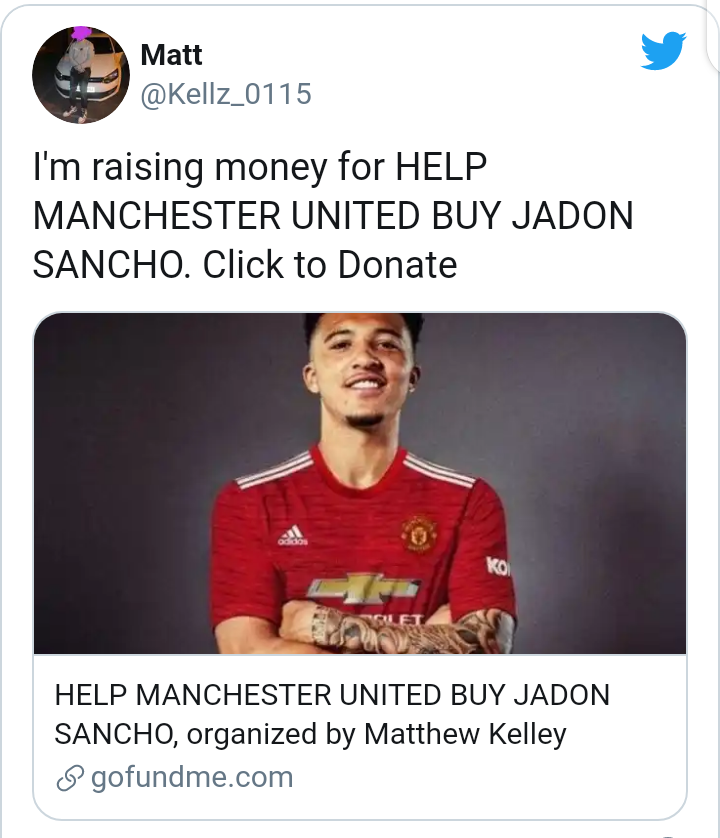 Manchester united fans are at it again but this time their frustration is on another level entirely, for a club said to be the richest in the world it's still a mystery to see how pulling off a deal is taking then forever to complete.

The united of old is a dream place for any body it is were all young talents were yearning to play as it had one of the best developing systems of all times, since Ed Woodward took over the transfer business for united it has been a disaster 80% of Ed Woodward big money signing have failed to live up to expectation.

Speculations concerning Sancho has gone for so long the united supporters have taken it upon themselves to start a fun raiser to complete Sancho deal, it is possibly the first time supporters have been left so fraudstrated with their club lack of signing that there want to do it on their own.

One fan has launched a GoFundMe in an ambitious bid to raise funds for the Red Devils to buy sign the winger, sancho who currently plays for Borussia Dortmund, is valued at £108 million with the transfer window closing on the 5th of October Manchester United have completed just one signing only.

How would there compete for the league is still a mystery, manchester united fans would need a miracle to survive at the hands of the Glazer's and Ed Woodward as there seem not to be bothered by the clubs shortcomings. 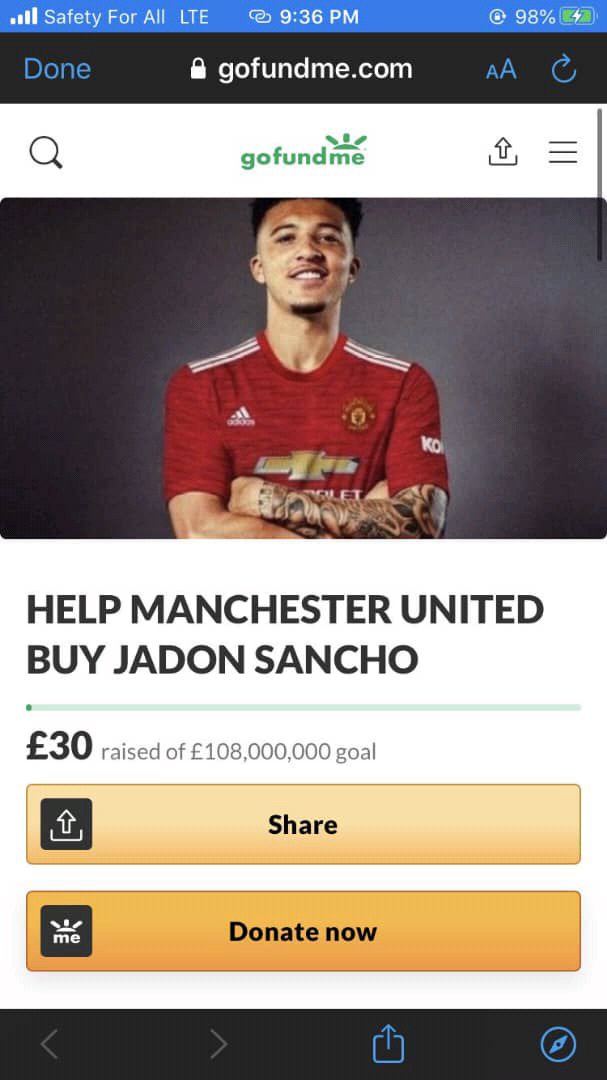 On his decision to establish the GoFundMe show determination, and for a fan to go to this length shows the united leaders are not reliable enough to decide what's best for the club.

Everybody is tired of seeing Daniel James run with the ball like a bull who is chasing a red flag, can't pass can't dribble in the world were wingers are dangerous and feared for their speed and skills with the ball. I guess in Daniel James case the skill part skipped him.

Some pundit have been quick to analyse that Signing of van de Beek as a panic buy to please fans, United lack of transfer business would surely come back to hunt them these season,

download burna boy ft zlatan doxycycline dosage hse training nnu ng npower salary
Opera News is a free to use platform and the views and opinions expressed herein are solely those of the author and do not represent, reflect or express the views of Opera News. Any/all written content and images displayed are provided by the blogger/author, appear herein as submitted by the blogger/author and are unedited by Opera News. Opera News does not consent to nor does it condone the posting of any content that violates the rights (including the copyrights) of any third party, nor content that may malign, inter alia, any religion, ethnic group, organization, gender, company, or individual. Opera News furthermore does not condone the use of our platform for the purposes encouraging/endorsing hate speech, violation of human rights and/or utterances of a defamatory nature. If the content contained herein violates any of your rights, including those of copyright, and/or violates any the above mentioned factors, you are requested to immediately notify us using via the following email address operanews-external(at)opera.com and/or report the article using the available reporting functionality built into our Platform

BBNaija: "Ozo ignored me throughout the night" -Nengi complains to other Housemates after the Party 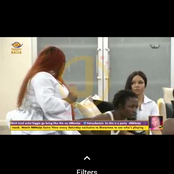 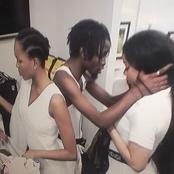 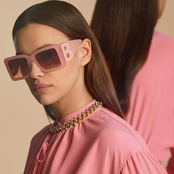 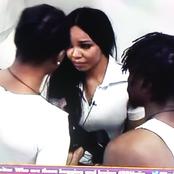 BBNaija: Nengi is Crying After the Party Because Of What Ozo did To Her At The Party 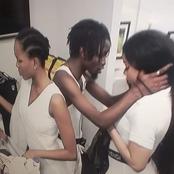 I liked Ozo, I just wasn’t ready to be in a relationship- Nengi 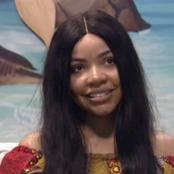 BBNaija: See The Moment Neo Broke Down In Tears And Laycon Consoled Him (Photos) 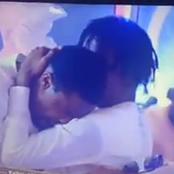 Opinion: How to get your ex-girlfriend back 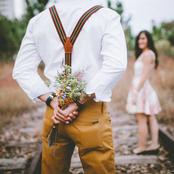 3 Major Impacts The Words Of Your Mouth May Have On You: You Need To Know These 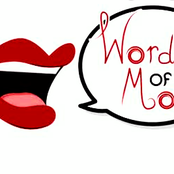 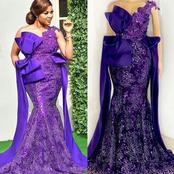