The European giants Ukraine continued their resurgence in the European championship as they claimed a 2 - 1 win over Sweden in their round of 16 encounter.

The Ukraine National Team were dominant all through the match as they sealed their place in the next round of the competition after their victory at Hampden Park. 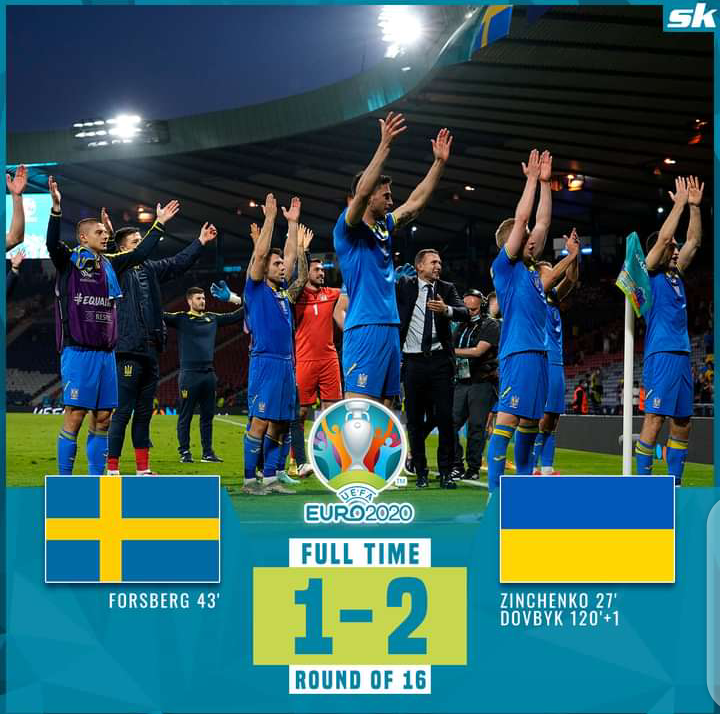 The European giants Ukraine recorded 53% ball possession, 4 shots on target and 7 shots off target against Sweden.

After Ukraine progessed to the quarter final of the European championship, they would face the winner between England in the next round of the tournament. 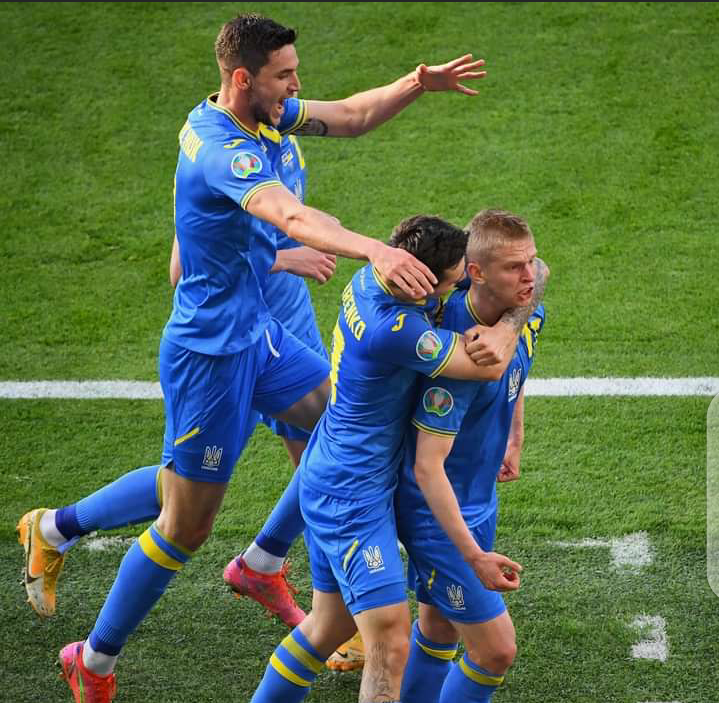 Here is what Bleacher Report Football posted about Oleksandr Zinchenko; 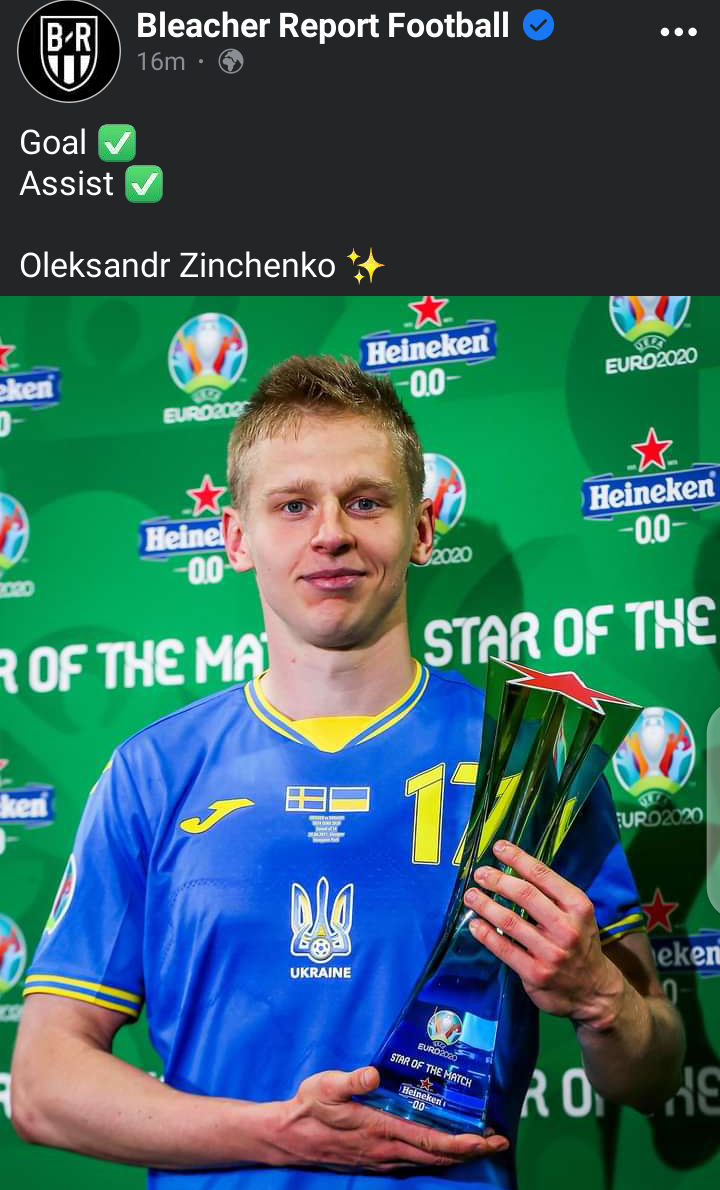 The Ukraine and Manchester City Midfielder Oleksandr Zinchenko was once again at his best as he guided his team to an hard-fought victory over Sweden.

Here is the picture of Oleksandr Zinchenko; 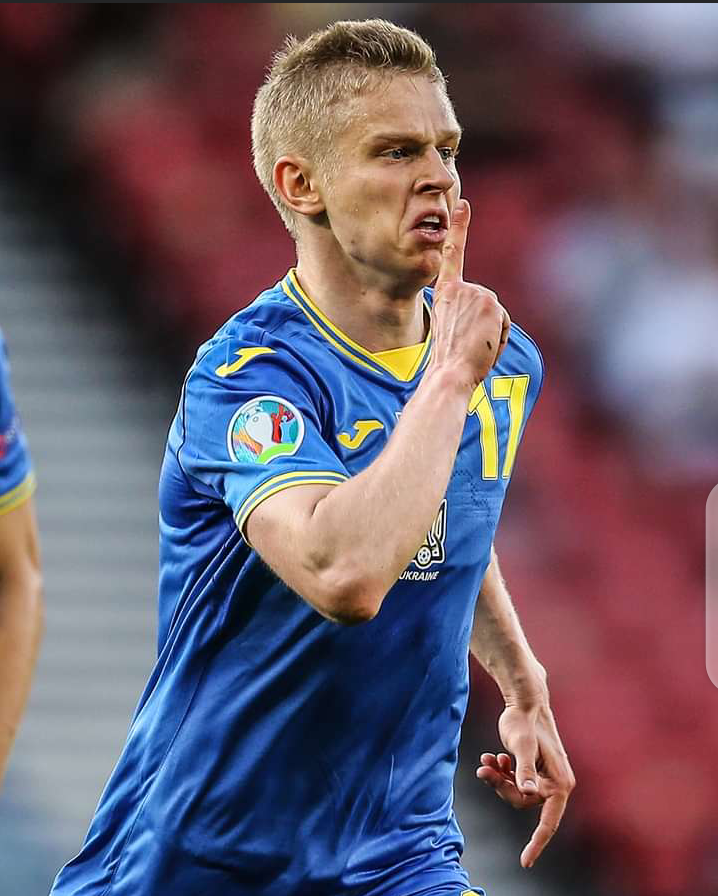 The passionate football fans are however reacting on social media;

Let's take a look at some of their comments; 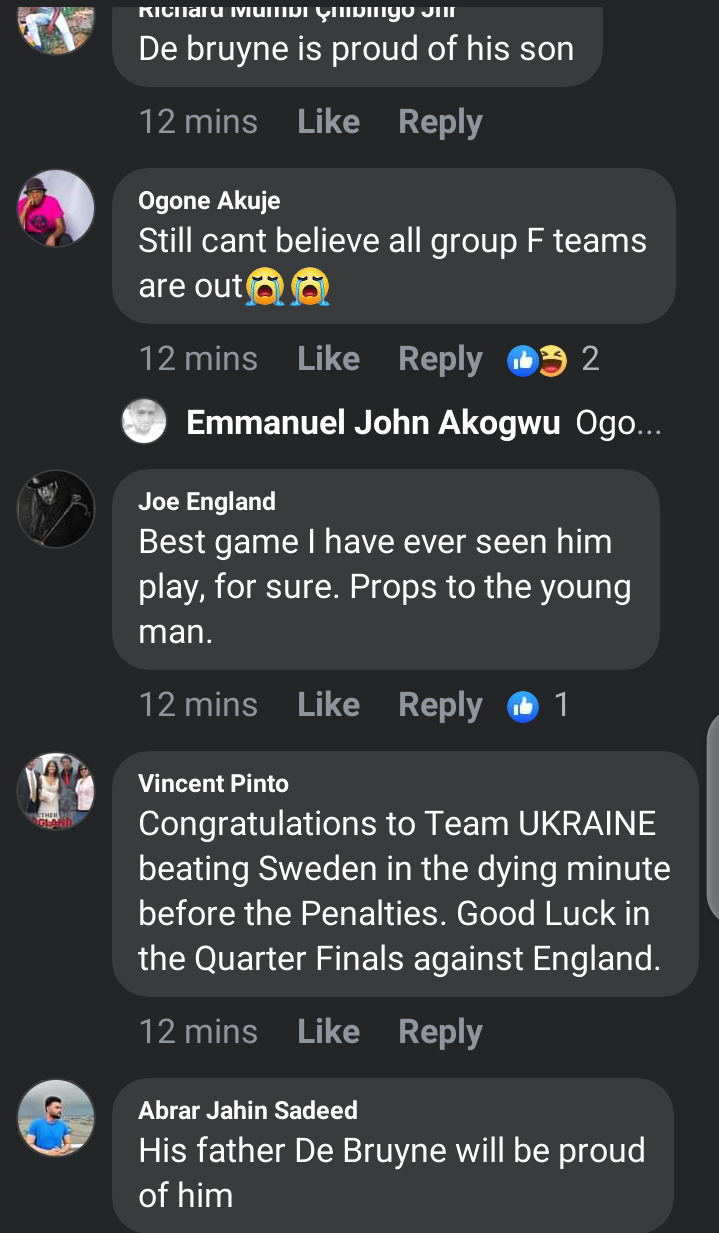 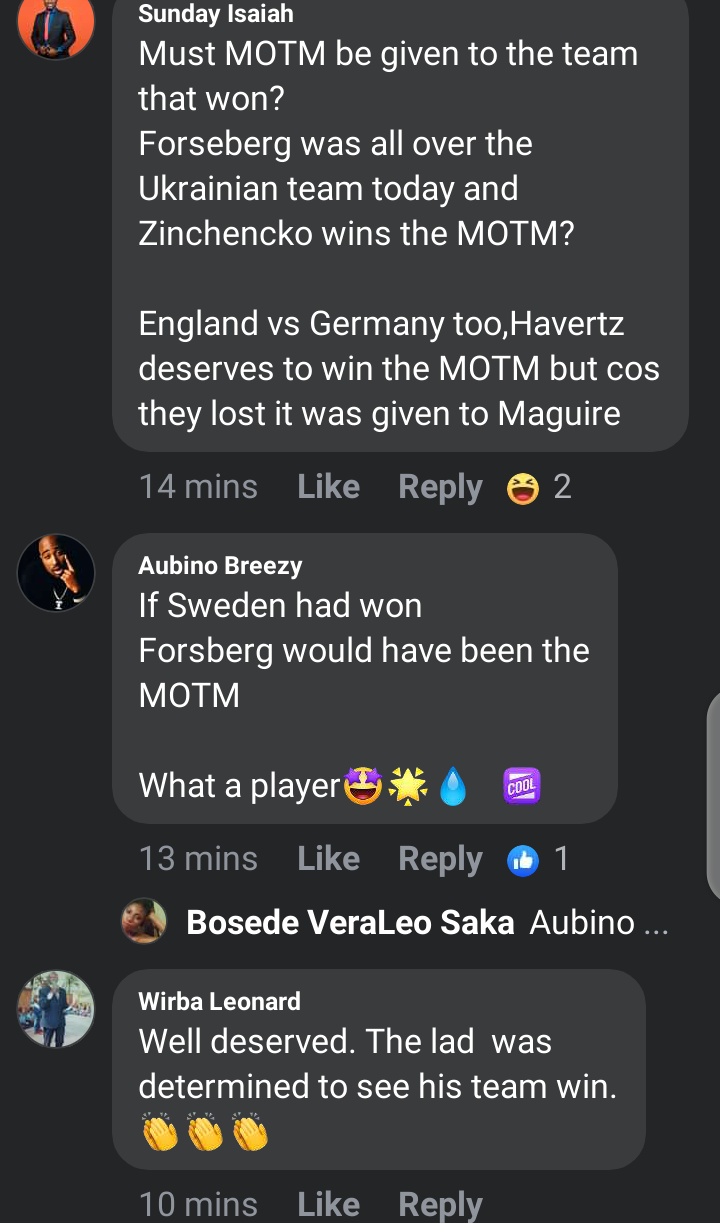 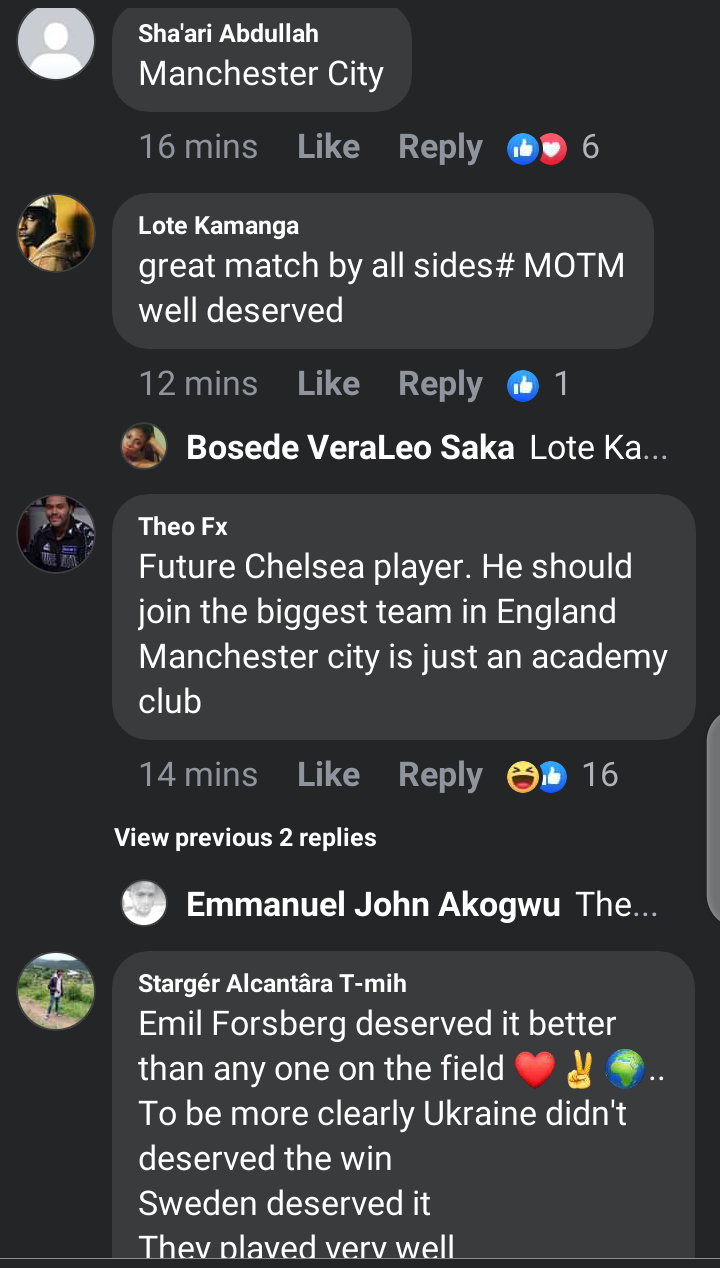