By ItzSwayne (self meida writer) | 17 days

Arsenal football club has released a strong statement, in their bid towards playing in a European competition next season as they officially pulled out from the proposed Super League they were included in 2 days ago. 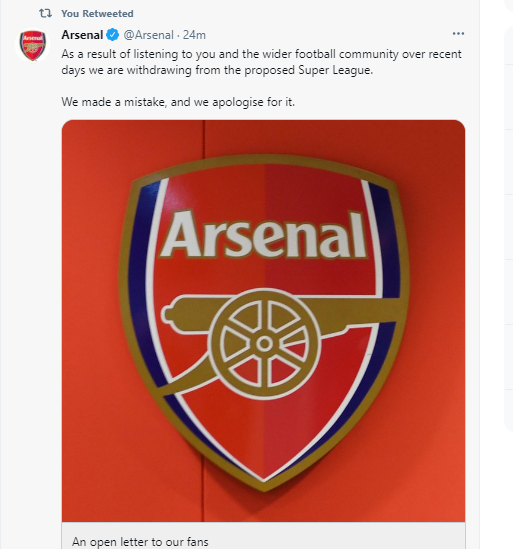 This official statement from the club has come as no shock to the football world and to her fans, as many individuals were against the proposal of a closed 20 club league with only 15 clubs in it that were never going to get relegated despite the types of performances they put into the competition. 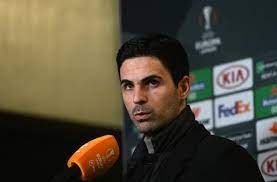 It is such a shame that their greed and quest for more money made them to involve themselves in it in the first instance, allowing themselves to be object of ridicule and abuse by football lovers all over Britain. 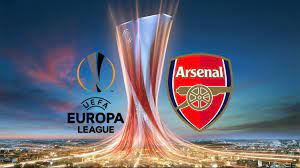 What this means is that Arsenal are now back in the quest of qualifying for European places through the league, or through their darling saviour the Europa League which they intend to win. They would face Everton at the Emirates this weekend, before jetting out to visit Villareal next week Thursday when the Europa League semi finals returns.