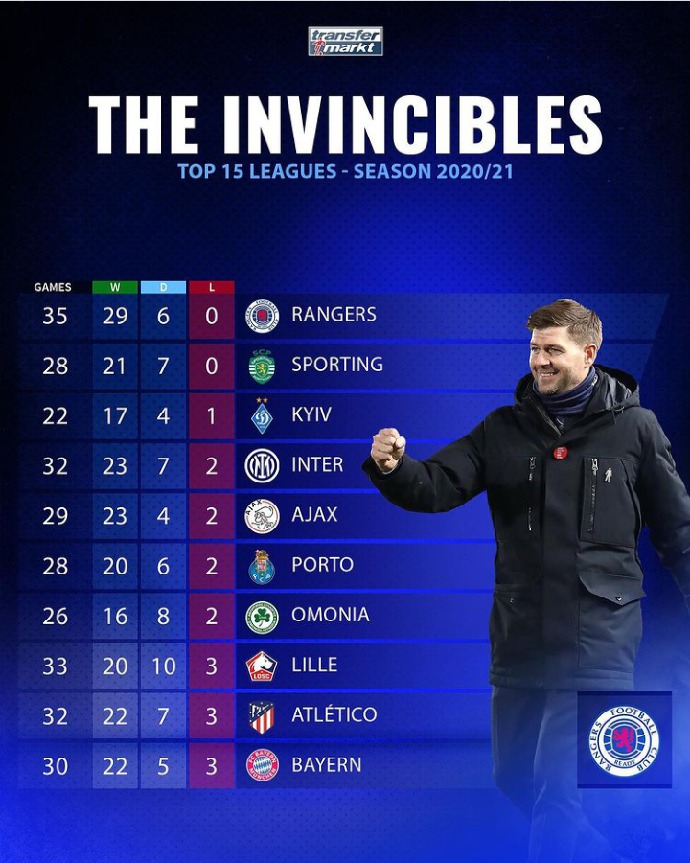 In this article, we shall see Clubs in Europe's top 15 leagues that have lost the fewest games this season. Only two clubs have never lost a league game in 2020/21 season.