Meet The Youngest Coach Ever In The World

By Laden (self media writer) | 2 years ago

Roy Evans is the youngest ever coach in the Football League at only 25.

Roy Evans has been appointed reserve team trainer at Liverpool Football Club. Evans is the youngest ever coach in the Football League at only 25. 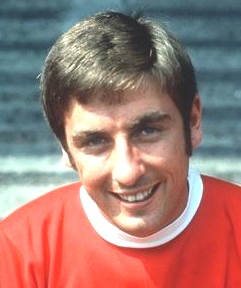 Bob Paisley, Liverpool's new manager was happy with the latest addition to Reds' coaching staff: "We have had Roy in mind for a job like this for some time. He knows the game well and has the right approach to control and guide players."

Chairman John Smith added: "I am delighted that Roy has accepted our offer. We wanted to keep the promotions and changes within the club to maintain our family atmosphere."

"Roy took his time to consider our offer because he felt he could have played a few more years, but I put it to him that this was a great opportunity to make a career in football. We have not made an appointment for today but for the future. One day, Roy Evans will be our manager."

28th January 1994, Souness quit as Liverpool manager in the wake of a shock FA Cup exit at the hands of Bristol City. Evans then took over as manager of a Liverpool side who were mid-table in the Premier League and out of contention for any major honours, although they were 8th by the end of the season. Evans had inherited a side from Souness that had lost confidence in the four years following Kenny Dalglish's departure, as well as a side that was mismatched largely due to the signings that Souness made.

For the 1994–95 season, Evans strengthened his side with the addition of defenders John Scales and Phil Babb as well as young winger Mark Kennedy. He also gave further first-team opportunities to youngsters Steve McManaman, Jamie Redknapp and Robbie Fowler, who at the time were among the hottest prospects in English football. Established players such as John Barnes, Mark Wright and Ian Rush blended well with these young stars as Liverpool finished fourth in the Premier League with 74 points and triumphed in the Football League Cup, beating Bolton Wanderers 2–1 with two McManaman goals, and winning the competition for a record fifth time.

Content created and supplied by: Laden (via Opera News )