WWE Superstars Who Were Accused Of Being Unsafe By Other Wrestlers

The objective of every WWE Superstar is to make it look like they are hurting their opponent in a match without actually doing any damage to them.

Over the years, dozens of Superstars have suffered unfortunate injuries in a WWE ring, such as when Samoa Joe broke Tyson Kidd’s neck or when Seth Rollins broke John Cena’s nose.

Joe and Rollins are widely considered to be two of WWE’s most reliable in-ring performers, so their careers have in no way been defined by those two incidents. However, the same cannot be said for other people who have hurt opponents in matches.

In this article, let’s take a look at five WWE Superstars who were accused of being unsafe by other wrestlers.

Never one to shy away from giving his opinion, WWE Superstar Matt Riddle has repeatedly taken shots at Goldberg’s in-ring ability in recent years.

“The Original Bro” has also called out Brock Lesnar on numerous occasions, but he has clarified that he has no problem with “The Beast” and his wish to retire him one day comes out of respect.

Riddle’s comments about Goldberg, however, are very real. The former UFC star said after WWE Super ShowDown 2019 that the WWE Hall of Famer is “unsafe, dangerous and a liability to everyone else”.

He added in an interview with Sportskeeda’s Gary Cassidy that he appreciates that Goldberg was a big draw in his prime, but he was not a fan of the veteran's 2020 return and his WWE Universal Championship victory.

“You know, it's unfortunate. It's not that he wasn't a money-making machine in his time, and this and that, and that he's not entertaining. I get it. But, at the end of the day, this is a really hard thing to do. It's hard on your body and there's a reason why, you know, people come and go.”

As well as Riddle, two-time WWE Hall of Famer Bret Hart has also been highly critical of Goldberg’s work as a wrestler.

Hart, whose career was ended by a botched superkick from his former WCW colleague, described Goldberg as “one of the most unprofessional wrestlers there was in the business” during an appearance on WWE Network show Broken Skull Sessions in 2020.

Ronda Rousey made her WWE in-ring debut at WrestleMania 34 when she teamed with Kurt Angle to defeat Triple H and Stephanie McMahon in one of the most high-profile matches of the night.

“The Baddest Woman on the Planet” went on to feud with Nia Jax before winning the WWE RAW Women’s Championship from Alexa Bliss at WWE SummerSlam 2018.

Unfortunately, following their SummerSlam match, Rousey caused Bliss to suffer a concussion during their rematch at Hell in a Cell in September 2018 after a botched headlock takeover. Then, one month later, exactly the same thing happened at a live event and Bliss was unable to compete again for three months.

During this time, Jax complained to WWE management about Rousey’s recklessness in the ring and asked to replace her real-life best friend in the storyline.

“I had to go to the people, to the higher-ups, and tell them, 'Listen, Lexi is five foot nothing, a hundred pounds, getting thrown around like a little ragdoll and injured every night.' I was like, 'Put me in, I'm a six foot, three hundred pound b**** and I can handle it.'” [via  Paige’s Twitch stream]

Jax went on to unsuccessfully challenge Rousey for the RAW Women’s Championship at the WWE TLC pay-per-view in December 2018.

As you can see above, Randy Orton looked visibly annoyed when he landed awkwardly following a back suplex from Mr. Kennedy on an episode of WWE RAW in May 2009. Rumors at the time suggested that Kennedy, who was released from WWE later that week, was accused of being unsafe by both Orton and John Cena.

Kennedy told Wrestling Inc. in 2016 that, contrary to what Orton said, he did not botch the move and cause his opponent to land on his head.

“I was accused of dropping [Orton] on his head. You can watch that video in slow motion, high definition, and you can see that his neck never even comes into contact with the [canvas].”

Kennedy added that he was “tight” with Orton and they even rode together for two years in WWE, but their friendship did not stop the former Evolution member from making a complaint to WWE Chairman Vince McMahon.

“So anyway, here's the thing, he went to Vince and said something, that I was dangerous to work with. And I think Cena had a hand in that too. Like, Cena helped out and he said, 'Hey, we need to go to Vince.' I didn't get along with him too well."

The match turned out to be Kennedy’s final televised appearance in WWE.

Looking back at WWE match records, it appears that Chris Jericho and Titus O’Neil only competed in the same match on three occasions during their time together in WWE.

The first two matches saw the two men battle it out with various other Superstars at the same time in Royal Rumbles (2013 and 2016), while they did not even share the ring during their third match together – the 2018 WWE Greatest Royal Rumble – because O’Neil had already been eliminated when Jericho entered at the #50 position.

Despite their limited experience of facing each other, Jericho mentioned O’Neil in a Q&A on his YouTube channel in July 2020 after being asked about the most unsafe people he has worked within wrestling.

“Christian's bodyguard was Tyson Tomko – his finish was very hard to take. Titus O'Neil, too, the guy would just throw you, with no direction and with no care on how you're going to land.”

Regarding Tyson Tomko, Jericho worked with Christian’s former on-screen bodyguard for much of 2004 and 2005, and they often competed against each other in Steel Cage and No Holds Barred matches at WWE live events.

1 Nia Jax was accused of being unsafe 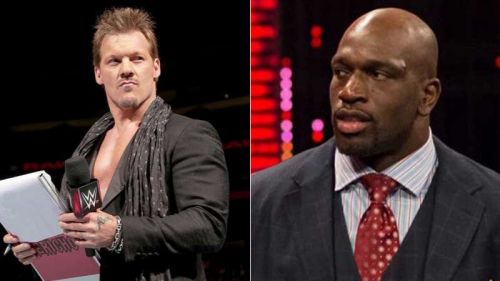 Sections of the WWE Universe have labeled Nia Jax “unsafe” for several years, notably in November 2018 when Becky Lynch had to miss the WWE Survivor Series pay-per-view due to the nose-breaking punch she received from Jax on WWE RAW.

The following month, Ember Moon suffered an injury while teaming with Ronda Rousey against Jax and Tamina on RAW. Moon’s husband, Matthew Palmer, wrote in a since-deleted tweet that Jax is an “unsafe moron”.

In June 2020, the former WWE RAW Women’s Champion’s in-ring work was questioned once again when she threw Kairi Sane into a set of steel steps at ringside, causing the Japanese Superstar to suffer a nasty cut to her head (01:35 timestamp of the video above).

“She didn't whip her, she grabbed her by the head and threw/shoved her. It was 100% Nia's fault. She never let Kairi find her balance after pulling her out of the ring, she then pushed her head down so Kairi would be unable to see and then threw her forward hard head first off balance towards the steps. Kairi has zero chance.”

Ironically, during the ninth season of Total Divas, Jax accused Carmella of being too fearful as a WWE Superstar.