Checkout Arsenal's Best XI in the History of the Club.

Arsenal might be a shadow of themselves in recent times but they have a brilliant history filled with some of the greatest players to play the game of soccer.

They are the only team in the history of the Premier league to go unbeaten in an entire season. They also hold the record of the longest unbeaten streak in the league. They have also won more FA cup titles than any other club in the competition's long history. David Seaman was signed from Queens Park Rangers in 1990 and made 405 appearances with the Gunners, in which he won Four FA cups, three league titles and a European Cup Winner's cup in the 1993/1994 season.

He left the North London club in 2003, a year before the famous invincibles won the title in 2004. 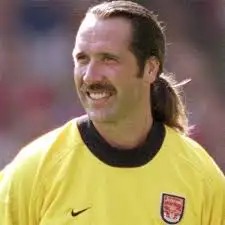 Dixon was signed from stoke city in 1998 and he impressed with his technical quality, Crossing abilities and Stamina. He provides the forwards with goal scoring opportunities that they cannot afford to lose. 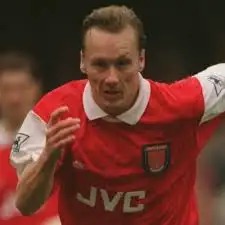 Dixon remained with the Gunners until his retirement in 2002 after he won the domestic double. He is fourth on Arsenal's all time appearance list with 619 appearances winning four league titles and three FA cups.

Cole came to the club in 1999 as an 18 year old as an attacking left back, one of the first to play the position with both an attacking and defensive focus. Cole won two premier leagues, three FA cups and played in Arsenal's only Champions league final in 2006. His transfer to Chelsea the following season was seen has controversial, but he will be remembered and immortalized has an invincible. 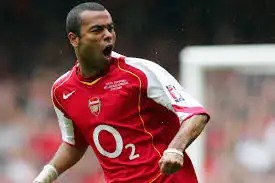 Adams played in Arsenal all through his career and has everything needed in a defender.

Adams made 510 appearances for the club and he won four league titles, three FA cups, two league cups and an European cup. He was the captain of the famous 1988/1989 title winning team, as well as three other Arsenal title winners across three different decades. 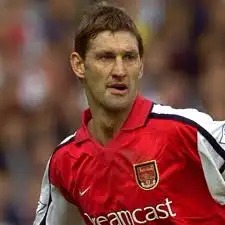 Keown left Arsenal in 1986 but returned seven years later as a much improved player, and became a permanent fixture in the Gunners backline. He made 449 appearances with the Gunners winning three league titles and three FA cups. Gilberto Silva slotted into Arsene Wenger's side perfectly following his 2002 world cup trimpuh and went on to stay for six years before leaving for Greece. He was popularly known as the 'Invisible Wall' and he left the club with a Premier league title and two FA cups. 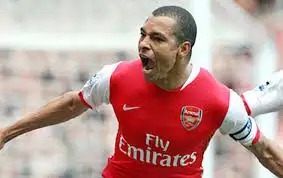 He was signed from Monaco as a 20 year old with raw Potentials and he rapidly developed into one of the world's best midfilders.

He went on to win three league titles with the Gunners and was the captain of the famous invincibles.

Viera went on to play 392 games for the Gunners across nine seasons, winning the Premier league title in 1998, 2002 and 2004 and also the FA cup three times. 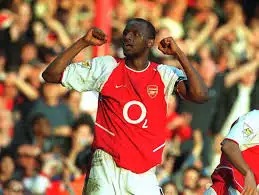 Pires joined Arsenal in the year 2000, despite lot of interest from other European giants like Juventus and Real Madrid, and went on to become an integral member of the invincibles.

He struggled to adapt to the style of play of the Premier league in his first season, but when he adapted, he became one of the best passers in the league.

He scored over 15 goals in three consecutive seasons and was the clubs top scorer when they went unbeaten in the 2003/2004 season. Dennis is popularly known as the 'non flying Dutchman' due to his fear of flying. He joined the club from Inter Milian in 1995 and stayed there until his retirement in 2006. He won three league titles with the club and scored over 100 goals during his stint there, he was also named the league's best player in 1998. 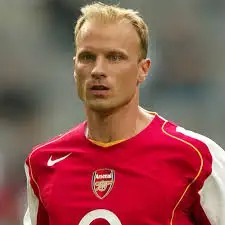 Wright is one of the best strikers to come out of England. He was the main man for the Gunners in the 90's, winning the fans over with his personality and lethal finishing.

Ian Wright finished his career at Arsenal as thd club leading scorer with 185 goals until Thierry Henry broke the record. 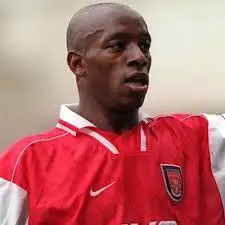 Henry is Arsenal's all time leading scorer with 228 goals in all competitions and he was one of the most feared strikers in the world, when he was still at his prime.

He came into the club in 1999 and he instantly became the leader of the attack. He won two league titles and two FA cups before leaving for Barcelona in 2008. He also won four golden boots and was named as the Premier League player of the year twice. 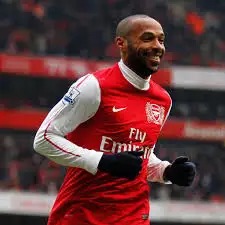